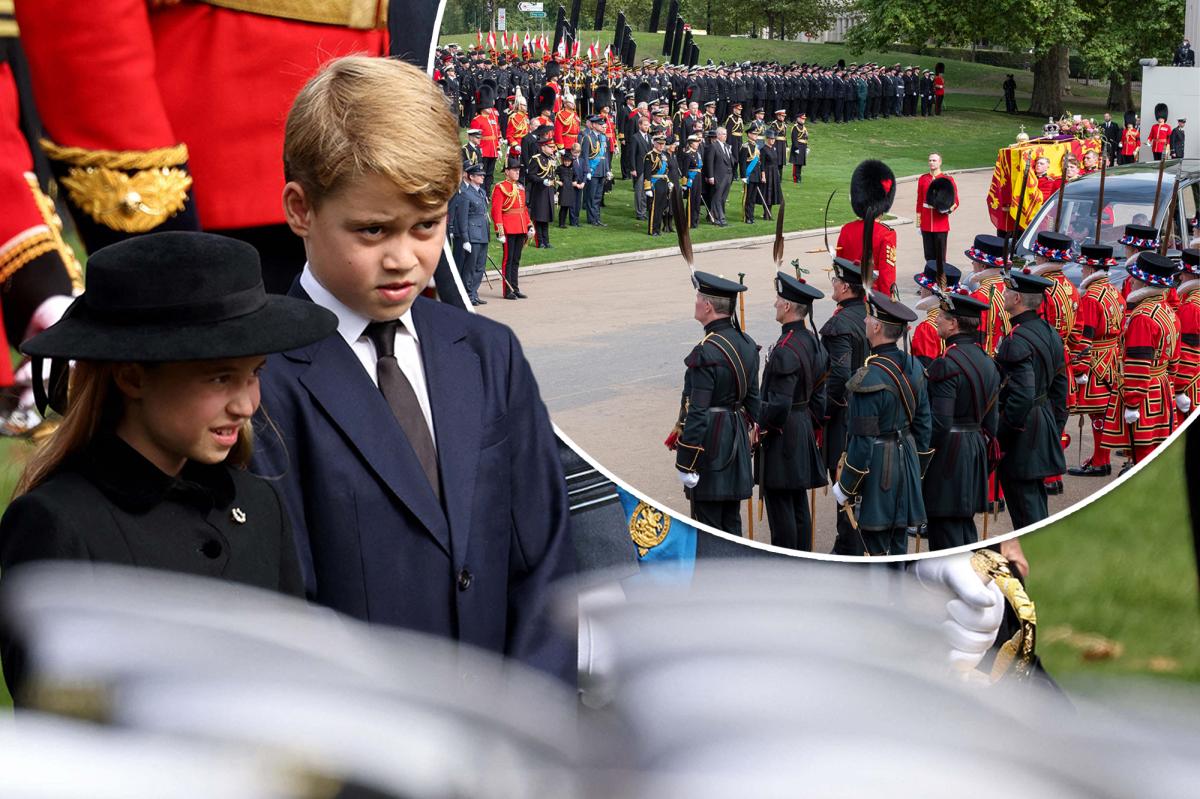 Princess Charlotte was captured giving her big brother, Prince George, instructions about how to conduct himself during their great-grandmother’s funeral on Monday.

In a short video from the lavish ceremony in London, England, Charlotte, 7, leaned into George, 9, and gestured with her hands as she appeared to whisper, “You need to bow.” The second in line for the throne listened intently before nodding his head in acknowledgment.

When the late monarch’s coffin passed the two oldest children of the newly appointed Prince and Princess of Wales at Wellington Arch, George bowed his head while his younger sister curtsied in unison with their mother, Kate Middleton, their aunt, Duchess of Sussex Meghan Markle, and their step-grandmother, Queen Consort Camilla.

But Charlotte embodied more than just Elizabeth’s commitment to upholding royal protocol during the highly publicized spectacle, as she arrived wearing her first piece of significant jewelry: a diamond horseshoe brooch reportedly gifted to her by her great-grandmother.

The young princess also donned a hat for the first time while attending the Westminster Abbey service.

“You need to bow,” Charlotte, 7, seemingly whispered to her big brother.

“You need to bow,” Charlotte, 7, seemingly whispered to her big brother.

“We have watched a loving family grieve for a mother,…

Like her aunt, Meghan, and her grandfather, King Charles III, Charlotte got emotional during the somber, day-long event.

Middleton was photographed placing her hand on her teary daughter’s back before gently grabbing her hand and leading her into the packed church.

Middleton and Prince William’s youngest child, 4-year-old Prince Louis, was not in attendance after the former explained that the tiny tot was struggling to understand the Queen’s death.

All three Mountbatten-Windsor kids were brought to many events celebrating Her Majesty’s Platinum Jubilee back in June, where Charlotte was caught once again ensuring her brothers displayed the proper etiquette.

During the Trooping the Colour procession, Charlotte sweetly discouraged Louis from waving incessantly and then nudged George to correct his posture while watching the Pageant parade.