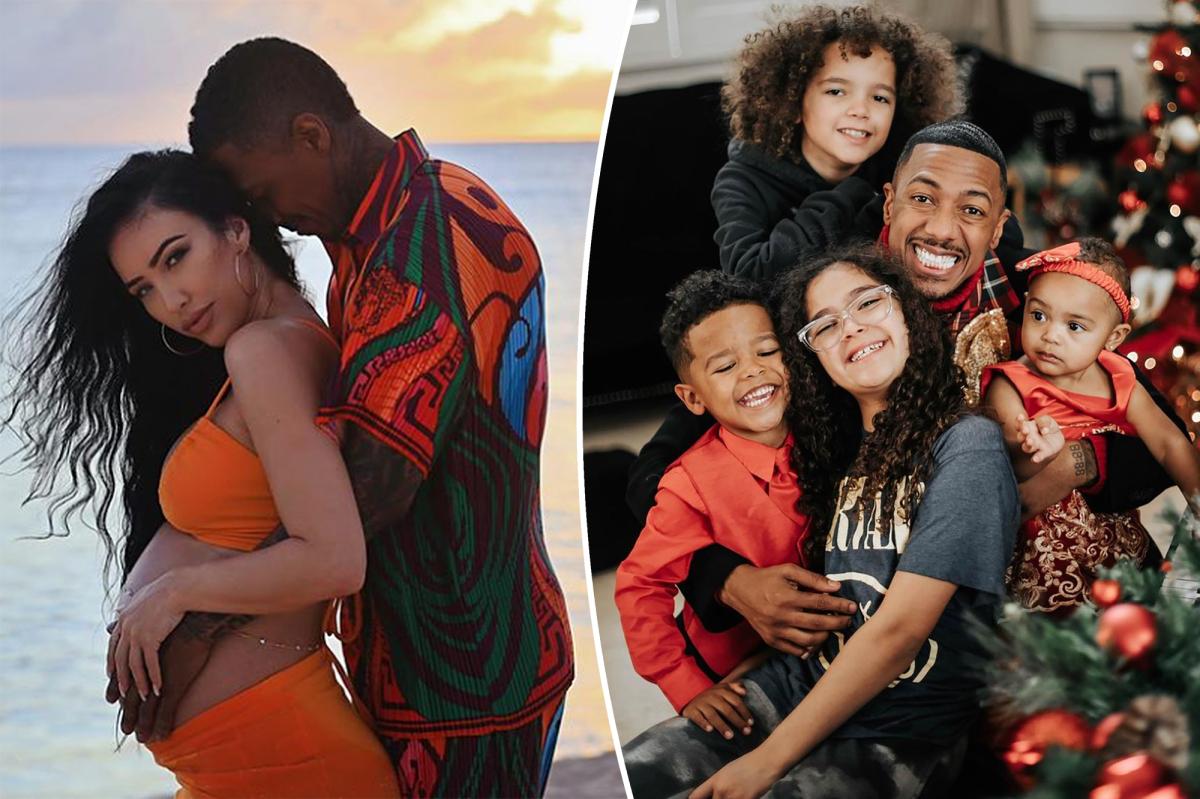 Bre Tiesi joked that having a baby with Nick Cannon, who has seven children with four different women, is “not a cult.”

The pregnant model, 31, told “The Know For Sure” podcast cohosts B. Simone and Megan Brooks on Tuesday that she got “ripped apart” for her choice to start a family with the “Masked Singer” host.

“It’s not necessarily anything,” she said of her current relationship status with her fellow “Wild ‘N Out” star, noting that her “needs are met” by him.

Tiesi even clarified that if the former Nickelodeon star settles down and gets married one day, she will be “happy” for him and co-parent their child, who is due any day.

“I love him,” the expectant star gushed, admitting that it while it can be “hard” knowing Cannon is with other women, she doesn’t play the comparison game “at all.”

“It was a really delicate situation,” Tiesi said. “I can’t imagine what she was going through. … It was all f–ked. Of course I felt bad.”

She called the reveal “rough,” saying that she got “ripped apart” on social media for throwing a sex reveal party amid Scott’s grief.

“How do I respect this person without taking away all of the things that I also want for myself?” Tiesi asked, mentioning her previous miscarriage. “What if I don’t have another kid so now I don’t have a gender reveal, I don’t have a baby shower, I don’t celebrate my moment and my kid? It was such a struggle.”

De La Rosa, 31, recently revealed that she is also pregnant, leading Cannon to hint that “the stork is on the way” and his family is growing. (He has yet to officially confirm his paternity.)

While Tiesi is not currently in communication with De La Rosa, Carey, 53, and Bell, 34, she has “every intention” of her son having a relationship with his half-siblings as they grow up, believing that the other moms will be “respectful” in that situation.

“If at any point any one of us is unhappy with the situation, we can do whatever we want to do,” she said. “I know I can do that if I’m not getting my needs met or want something else. I could change my mind.”