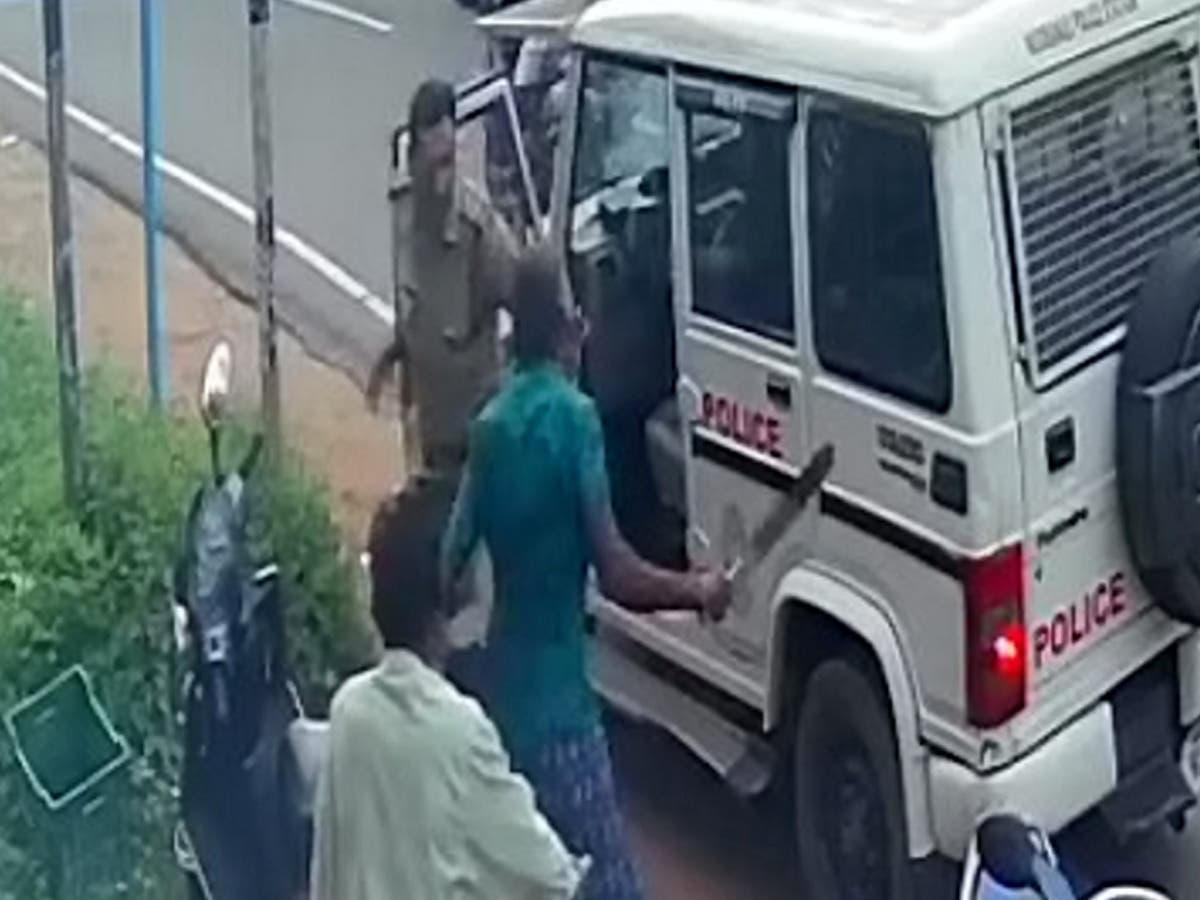 A police officer has been hailed a hero after tackling a machete-wielding assailant with his bare hands.

Arun Kumar, a sub-inspector, was on patrol near Kayamkulam, in India, when he was attacked.

Footage shows the officer stepping out of his patrol car and approaching his attacker, who instantly reaches for a large blade.

After brandishing the weapon, the man then swings the machete at Mr Kumar – who stops the blade with his hand.

The pair then tussle, with the officer eventually wrestling his attacker to the ground and disarming him.

The accused was taken into custody and the weapon used in the attack was seized, according to reports.

As a reward for his bravery in the 12 June incident, Mr Kumar was awarded a trophy and certificate.

He said: “I got hold of him before seizing the weapon and brought it to the police station. He has since been remanded.

“I have seven stitches on my hand but fortunately no serious injuries. He attacked me with a machete without any provocation.”