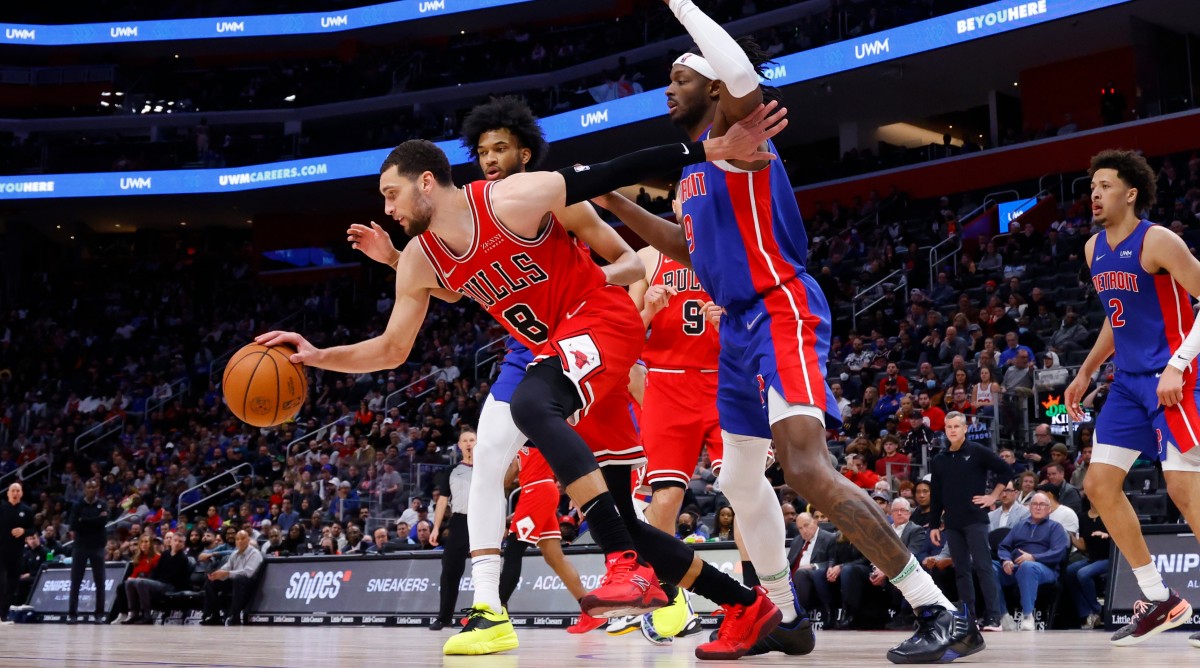 The NBA announced Tuesday that the Bulls and Pistons will play a regular-season game in Paris in 2023, marking the league’s return to the French capital for the first time since the start of the COVID-19 pandemic.

The Eastern Conference foes will square off at the Accor Arena in Paris on Thursday, Jan. 19, 2023. The game will be the league’s first game in Europe since 2020 and the NBA’s 12th in France since 1991.

“The Chicago Bulls and Detroit Pistons are two of the most historic franchises in the NBA and feature an exciting mix of rising young players and established All-Stars,” NBA Europe and Middle East managing director Ralph Rivera said in a statement. “Welcoming the Bulls and Pistons to Paris for our second regular-season game will be a highlight for fans in France and across Europe, and with Paris hosting the Summer Olympics in 2024, basketball and the NBA are well-positioned for continued growth in France for years to come.”

The NBA Paris game will mark be the third time the Bulls have played in Paris, after the franchise suited up for two preseason contests in the city in 1997. The Pistons are poised to play their first game in the French capital, after having played regular season games in London (2013) and Mexico City (2019).