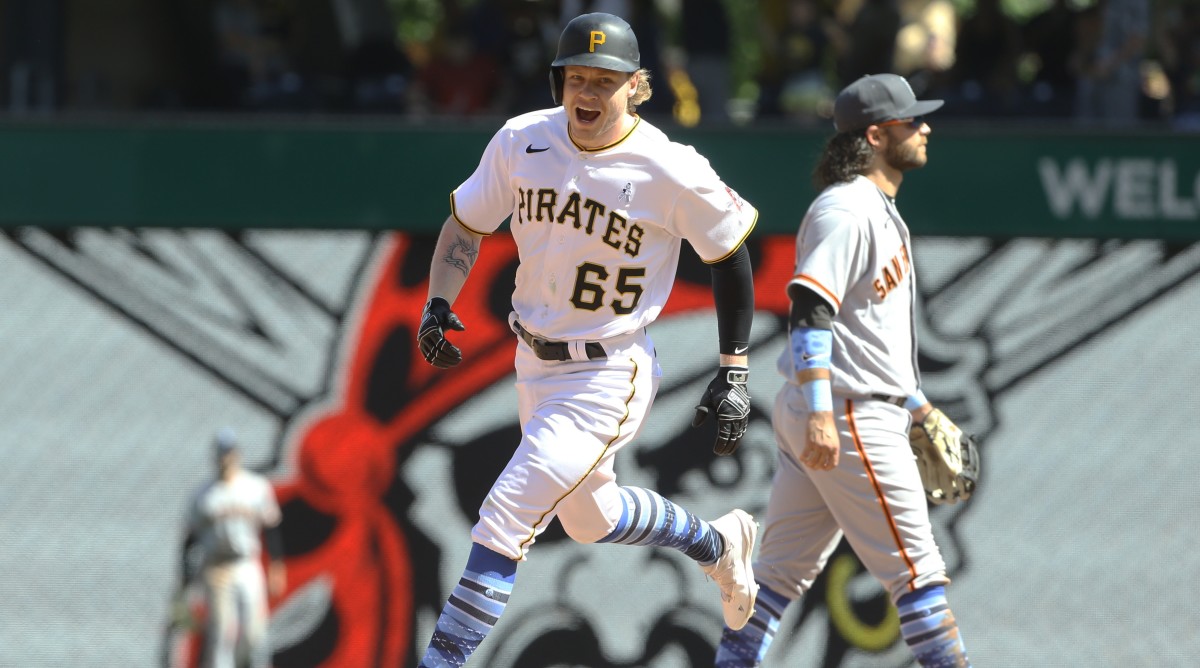 Pirates rookie Jack Suwinski homered not once, not twice, but three times as he powered his way into MLB’s history books Sunday afternoon in Pittsburgh.

Suwinski’s third and final home run came in the bottom of the ninth inning when he hammered a pitch over the wall in right field at PNC Park to give the Pirates a 4–3 victory over the Giants. In doing so, he became the first rookie in major league history to have a three-homer game that included a walk-off home run, according to the Elias Sports Bureau.

The 23-year-old Suwinski went yard twice earlier on Sunday as he helped the Pirates avoid a three-game sweep. After taking a walk in his first at-bat of the game, he hit a solo shot in the bottom of the fourth inning to tie the game 2–2. He then gave Pittsburgh the lead when he hit another solo home-run in the sixth inning.

Suwinski saved his biggest swing of the day for last, drilling a slider from San Francisco sidearmer Tyler Rogers over the fence for his second walk-off home run this month after hitting one on June 4 against the Diamondbacks.

His father, Tim, was in the stands to see him on what turned into a very special Father’s Day for the Suwinski family.

Suwinski is the second Pirates rookie to hit three homers in a game, joining Andrew McCutchen who did so in 2009. He also became the first Pirates player with multiple walk-off home runs in a single month since Wally Westlake pulled off the feat in Sept. 1947, according to ESPN Stats & Information.

Sunday’s outing was the highlight for what’s already turned into a remarkable season for Suwinski in Pittsburgh. The former 15th round pick now has 11 home runs in 47 games this year, tied with fellow outfielder Bryan Reynolds for the team lead.

More MLB Coverage:
• Back in My Father’s Day… These Are the Kids of the Boys of Summer
• Don’t Underestimate José Ramírez and Guardians
• The Four Key Factors Behind the Resurgent Braves