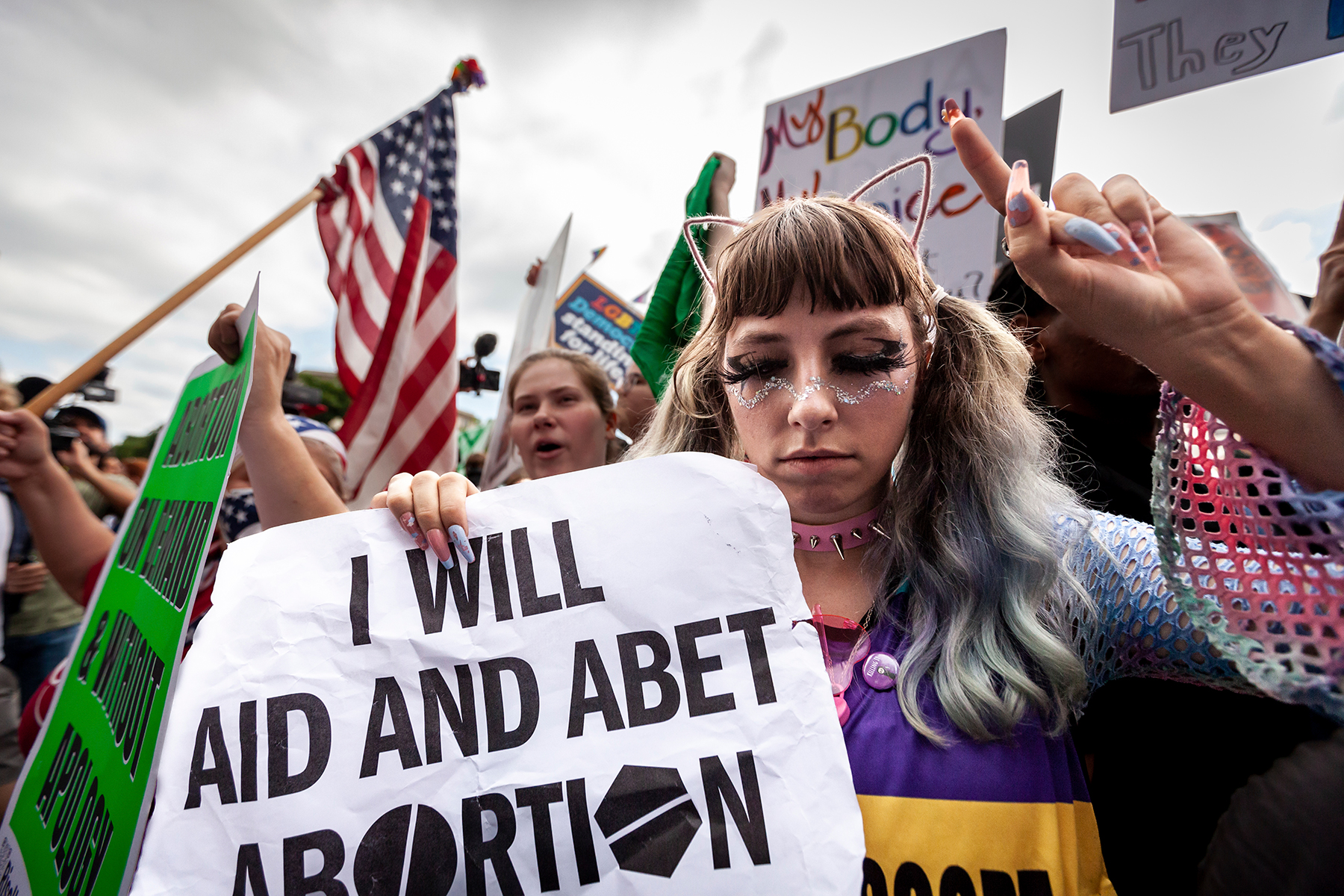 Shortly after 10:00 a.m. on Friday morning, the Supreme Court of the United States released the 6-3 decision overturning Roe v. Wade, the landmark ruling that guaranteed every American access to abortion under the Constitution. And with a single refresh of the Supreme Court’s website, a decision appeared that stripped that right away from roughly half the women of reproductive age in the United States.

In theory, we’d been prepared. A leak in early May of Dobbs vs. Jackson’s Women Health gave us a sneak peek of the decision revoking protections that had existed for almost 50 years. We’d been dreading it for weeks as we watched the court’s other decisions roll out, like the one that asserted states have no right to impose restrictions on gun owners.

Now it’s here. But the fight isn’t over. The moment the decision came down, protesters flooded the streets across the nation, and around the world.