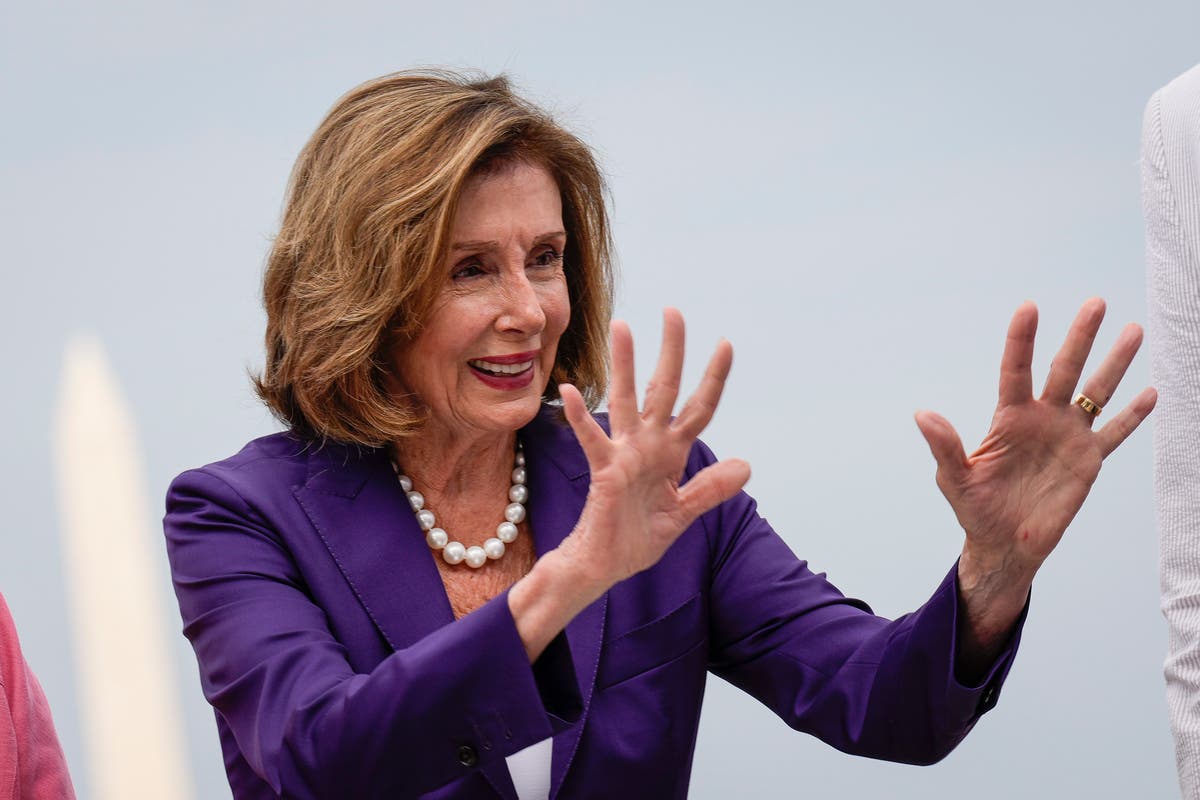 Tensions are high in China ahead of House of Representatives speaker Nancy Pelosi‘s expected visit to Taiwan on Tuesday, with several Chinese warplanes flying close to the median line of the sensitive Taiwan Strait.

Chinese warships and aircraft “squeezed” the median line on Tuesday morning, an unusual move described by one Reuters source as “very provocative”.

The development comes as China has repeatedly issued warnings over Ms Pelosi’s visit to Taiwan.

Over the weekend, Ms Pelosi departed Washington with a group of five other House members for a Congressional visit to the Indo-Pacific, with news reports saying this will include an overnight stay in the Taiwanese capital, Taipei.

Although Ms Pelosi’s public comments did not mention Taiwan, a visit to the island is set to occur at some point during the trip, according to reports by CNN, the Financial Times and others.

The visit would be the first by a House speaker since then-speaker Newt Gingrich went there in 1997.

Why Pelosi’s visit is raising temperatures in China

Tensions remained high on Tuesday as Chinese vessels inched closer to the sensitive Taiwan Strait amid reports of a possible visit to the island by US House of Representatives speaker Nancy Pelosi.

China considers Taiwan to be a part of its territory, and sees any official US contact as encouragement to make the island’s decades-old de facto independence permanent.US leaders have said that Washington does not support Taiwan’s independence and its commitment to the One China policy remains firm.

The US does not have any diplomatic relations with Taiwan but provides arms under the Taiwan Relations Act, a federal law, to ensure that Taiwan has the means to defend itself.

However, US president Joe Biden has said in several statements in recent months that Washington will come to Taiwan’s defence in the event of an attack from China.

Taiwan and China split in 1949 after the Communists won a civil war on the mainland. Both sides say they are one country but disagree over which government is entitled to national leadership.

They have no official relations but are linked by billions of dollars of trade and investment.

Washington’s “One China policy” says it takes no position on the status of the two sides but wants their dispute resolved peacefully.

Beijing on the other hand promotes an alternative “One China principle” that says they are one country and the Communist Party is its leader.

Nancy Pelosi arrived in Malaysia on Tuesday for the second leg of an Asian tour that has been clouded by an expected stop in Taiwan, which would escalate tensions with Beijing.

After her arrival Ms Pelosi met Malaysia’s Speaker of the Dewan Rakyat, Azhar Azizan Harun and other officials at a meeting at the Parliament House in Kuala Lumpur.

While there has been no official confirmation of Nancy Pelosi’s visit to Taiwan yet, the island nation’s premier has said necessary arrangements would be made to ensure a “warm welcome.”

She added that Taiwan “would make the most appropriate arrangements” for such guests and respect their plans.

In a media briefing on Monday, foreign ministry spokesperson Zhao Lijian said: “We want to once again make it clear to the US side that the Chinese side is fully prepared for any eventuality and that the People’s Liberation Army of China will never sit idly by, and we will make resolute response and take strong countermeasures to uphold China’s sovereignty and territorial integrity.”

“What the US should do is to abide by the one-China principle and the stipulations of the three Sino-US joint communiqués, fulfil President Biden’s commitment of not supporting “Taiwan independence” and not arrange for a visit by Speaker Pelosi to Taiwan,” he added.

As Chinese warplanes and vessels were seen moving close to the median of the sensitive Taiwan Strait on Tuesday, Taiwan’s defence ministry said that they have a full grasp of military activities near Taiwan and will appropriately dispatch forces in reaction to “enemy threats”.

The ministry said that it has the “determination, ability and confidence” to ensure Taiwan’s national security.It added that it has made various unspecified plans for an emergency.

Tensions are high amid reports that US House of Representatives speaker Nancy Pelosi could arrive in Taiwan later today.

Amid speculation of Speaker Nancy Pelosi’s visit to Taiwan during her ongoing trip to Asia, a senior Taiwanese government official and a US official have confirmed her trip, reported CNN.

The Taiwanese official said that Ms Pelosi is expected to stay in Taiwan overnight. It is unclear when exactly Pelosi will land in Taipei.

The US official said that Defense Department officials are working around the clock on monitoring any Chinese movements in the region and securing a plan to keep her safe.

Ms Pelosi is currently in Malaysia, where she arrived this morning after a day-long visit to Singapore on Monday.

She is expected to fly to Taiwan on Tuesday night.

‘We do not support Taiwan independence,’ White House says

As tensions mount amid reports of Speaker Nancy Pelosi visiting Taiwan on Tuesday during her Asia trip, the White House has said that the US does not support Taiwan’s independence.

The statement comes amid repeated warnings from China over a possible visit by Ms Pelosi to the island nation.

“Put simply, there is no reason for Beijing to turn a potential visit consistent with long-standing US policy into some sort of crisis or conflict or use it as a pretext to increase aggressive military activity in or around the Taiwan Strait”.

Nancy Pelosi kicked off her tour to Asia in Singapore on Monday.

Ms Pelosi’s visit comes amid high tensions around a possible visit to Taiwan.

In an apparent allusion to Ms Pelosi’s visit to Taiwan, Singapore’s foreign ministry said that the prime minister Lee Hsien Loong “highlighted the importance of stable US-China relations for regional peace and security” during talks with Ms Pelosi.

The two sides discussed ways to deepen US economic engagement through initiatives such as the Indo-Pacific Economic Framework, the ministry said statement said.

The war in Ukraine, tensions surrounding Taiwan and climate change were also discussed.

The US will ensure that Nancy Pelosi’s trip to Taiwan is “safe and secure,” national security council spokesperson John Kirby said on Monday.

“We’re going to make sure that she has a safe and secure visit because that’s our responsibility,” he said to reporters at a briefing.

Mr Kirby expressed concerns about recent Chinese activity and continuous threats in the event of the speaker’s visit to Taiwan.

“It does increase the risk of miscalculation, as I said, which could lead to unintended consequences,” Mr Kirby said.

“That’s where the risk comes in. It’s not so much that there might be a direct attack, but it raises the stakes of miscalculation and confusion, which could also lead to unintended consequences.”

Nancy Pelosi has arrived in Malaysia amid tight security.

Ms Pelosi kicked off her Asian tour in Singapore on Monday but her purported visit to Taiwan has raised tensions across the region.

Ms Pelosi along with the Congressional delegation touched down at an air force base amid tight security earlier today.