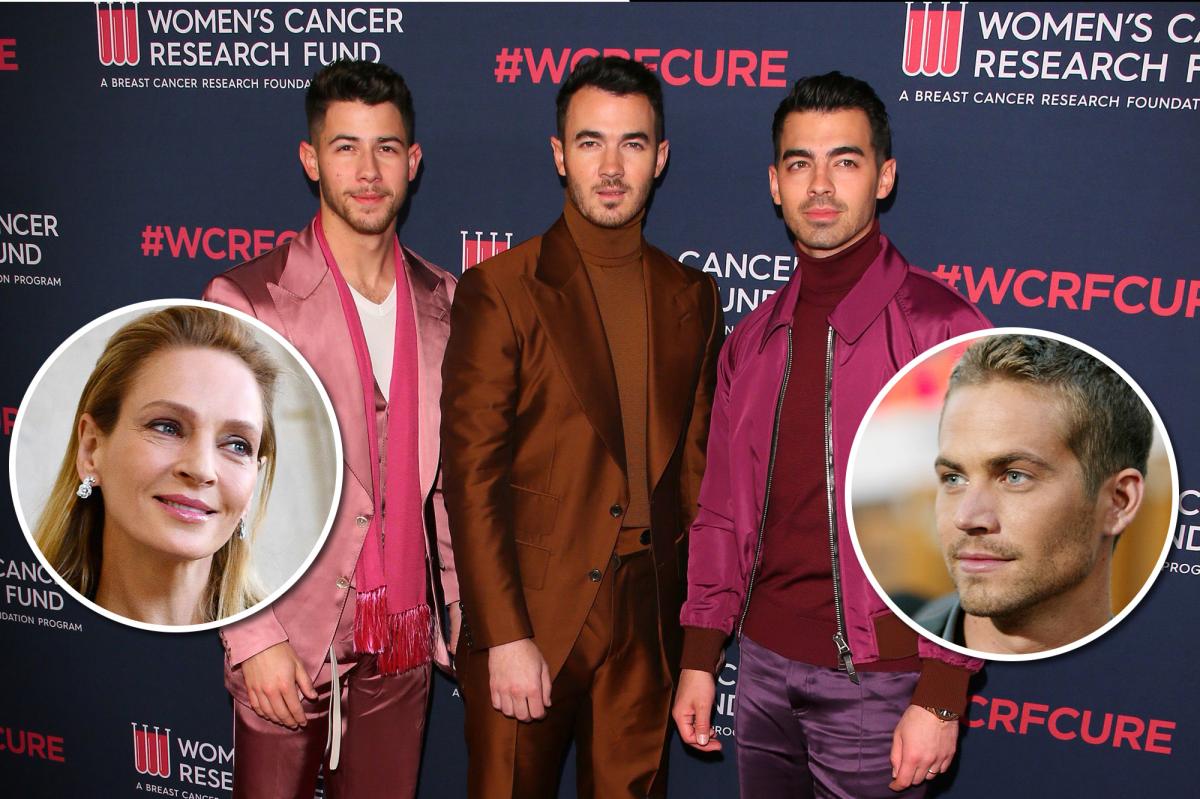 Uma Thurman, Paul Walker, and the Jonas Brothers are just some of the famous names that will be gracing the iconic Hollywood Walk of Fame in 2023.

The chair of the Chamber’s Walk of Fame selection panel, Ellen K, announced the selections on Friday.

A grand total of 24 entertainers will be honored in the following categories: Motion Pictures, Television, Live Theatre/Live Performance, and Recording.

Thurman was selected under the Motion Pictures category along with funnyman Vince Vaughn, rapper and “Fast & Furious” star Ludacris, “The Sinner” star Bill Pullman, and director John Waters, known for his work on “Hairspray,” “Pink Flamingos,” and “Cry Baby.”

Oscar-nominated actress Juanita Moore and beloved star of “The Fast and The Furious” franchise, Paul Walker, are due to be honored posthumously in the category.

Jenni Rivera will be honored posthumously in the Recording category. She died in 2012 in a plane crash that killed six others.

“The panel thoughtfully selected these talented individuals, and we can’t wait to celebrate them as they become part of Hollywood’s history with the unveiling of their star on the world’s most famous walkway,” Ellen K said during Friday’s press conference.

Ceremony dates for the new selections have yet to be announced.

After hearing she made the cut, Kaling rushed to social media to gush over the recognition.

“I am stunned! I am receiving a star on the Hollywood Walk of Fame. This is crazy,” she wrote on Instagram.

“I am so honored. I grew up watching people I admire so much receiving stars and I never thought I would join them. It inspires me to work harder and dream bigger! Thank you @warnerbrostv @hwdwalkoffame!”

A capella group Pentatonix couldn’t contain their own excitement, rushing to Twitter to thank the Hollywood Chamber of Commerce.

“PTX ON THE HOLLYWOOD WALK OF FAME!?!? Thank you SO much Hollywood Chamber of Commerce for this honor, and to all of the fans that have joined us on this journey in the past 10 years! Dream come true @HollywoodArea,” they tweeted.

Martin Lawrence also couldn’t help but share the exciting news, writing on Instagram, “Ya boy is gettin his own star on the Hollywood Walk of Fame! An absolute honor to be among icons of entertainment!”