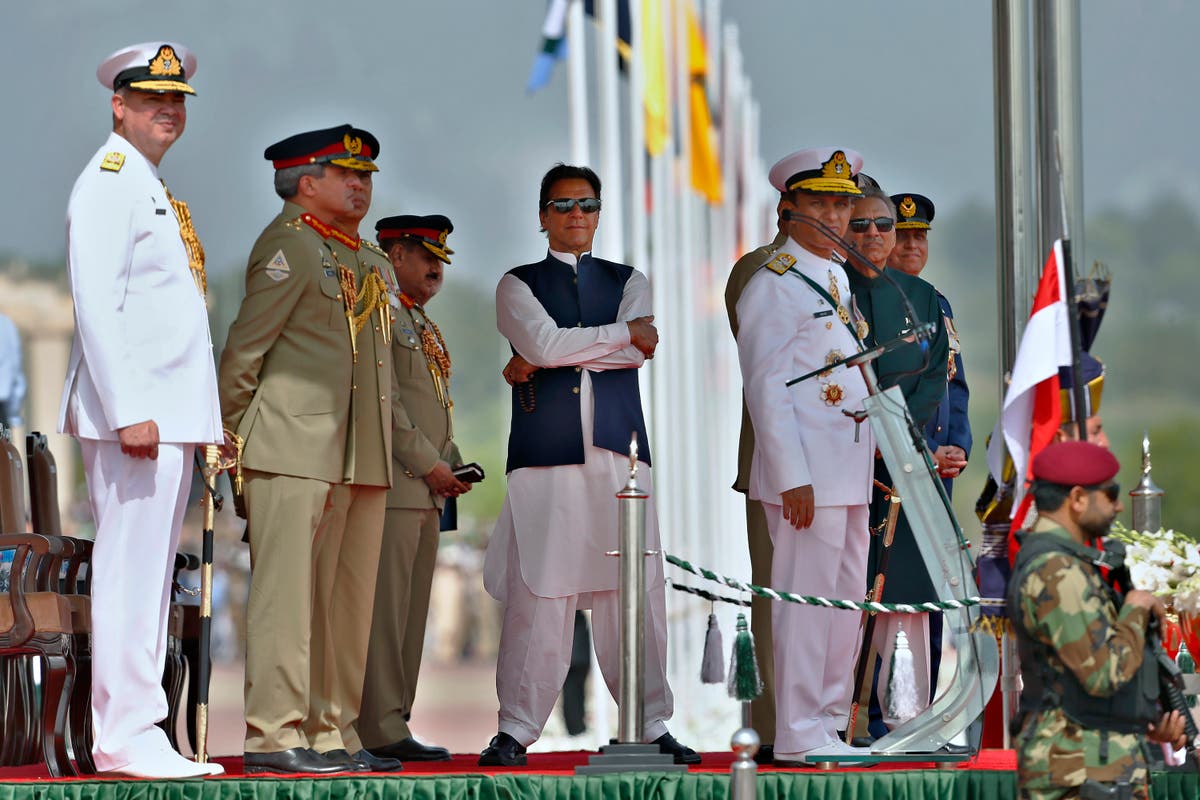 Imran Khan is on the brink of being ousted as Pakistan’s prime minister with his government effectively losing its majority in parliament after a political ally struck a deal with opposition parties to support their no-confidence vote.

The former international cricketer is staring at potentially the biggest defeat of his political career as he could become the country’s first prime minister to be removed at an upcoming vote in the Pakistan National Assembly, the parliament’s lower house.

A unified opposition had moved a no-confidence motion against Mr Khan’s government and held his party, the Pakistan Tehreek-e-Insaaf (PTI), responsible for inflation, that has reached a two-year high.

The growing wave of opposition has pitted dozens of his own party members against him, as they have deserted the PTI and joined the opposition bloc.

Nasreen Jalil, a leader of the Muttahida Qaumi Movement (MQM), announced at a press conference on Wednesday that the party was quitting the coalition and joining the opposition.

The MQM is Mr Khan’s largest and main coalition partner in government.

With the MQM leaving the coalition, opposition parties have the required number of votes needed in parliament to oust Mr Khan’s government.

The PTI has 155 members in the 342-member National Assembly and needs a minimum of 172 lawmakers to survive the no-confidence motion.

With the defections from Mr Khan’s party, the MQM members and other opposition parties the opposition’s votes have increased to 187.

This number, however, could change before the final vote.

“We have joined you (the opposition) on this journey with these expectations. We have no individual or party benefits. Every clause of our agreement is for the common public of Pakistan and especially for those areas whom we have been representing for the last 35 years. The areas for which we believe immediate steps are needed,” he said.

MQM leaders Farogh Naseem and Syed Aminul Haque also resigned as ministers in his cabinet after overnight meetings that had sparked speculation.

Mr Khan was set to address the nation later in the evening on Wednesday, sparking rumours of his resignation ahead of the vote later this week. However, local media reports said he had postponed the address, citing a PTI senator.

Information minister Fawad Chaudhry, however, has shot down the rumours by invoking a cricket term and saying the prime minister was a “player who would fight till the last ball”.

“You will not get a resignation,” he said.

Mr Khan has claimed he has a mysterious “letter” that he pulled from his pocket at a public meeting on Sunday, which he alleges has game-changing evidence of a “foreign conspiracy” to topple his government.

“The document that I have, I will show it to senior journalists today. We want to protect the nation and can’t divulge the details in public. People think this is a joke and I have decided to share it with top journalists,” Mr Khan said.

Interior minister Sheikh Rashid Ahmed said voting on the no-confidence motion will be held on 3 April.

Mr Khan came to power in the 2018 general elections with most seats, but his party did not have a simple majority by itself and had to form a coalition.