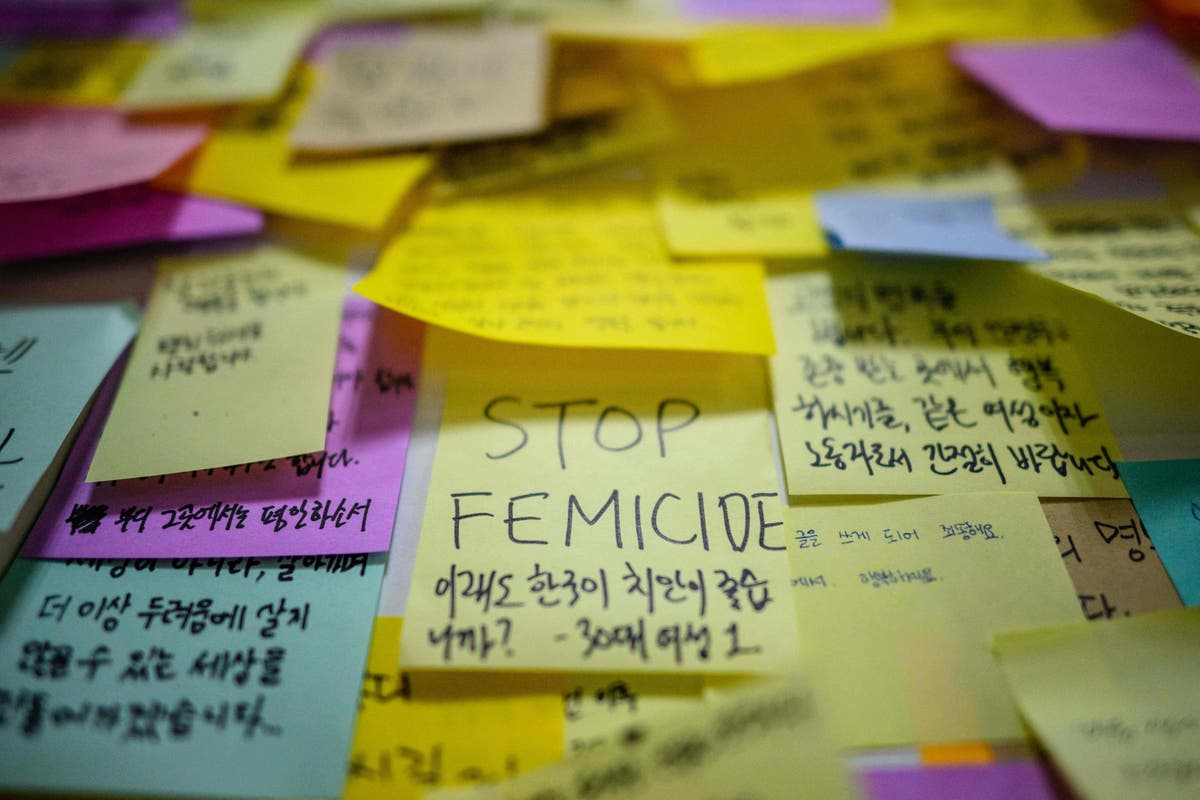 The murder of a South Korean woman at a subway station in Seoul has caused widespread fury across the nation, forcing the government to review loopholes in its anti-stalking law.

President Yoon Suk-yeol directed the justice ministry to amend legislation that came into effect last year after a 28-year-old woman was allegedly killed by her stalker at Sindang station earlier this month, reported the South China Morning Post.

Police say the victim, who has not been publicly named, was stabbed by 31-year-old Jeon Joo-hwan, who was due to be sentenced for stalking her.

Unaware she was being watched by her attacker, the victim finished her evening shift at the subway station, as Jeon waited for her over an hour outside the toilets, wearing gloves and a disposable shower cap.

The attacker began harassing the woman in 2019 when she started working for Seoul Metro. He reportedly called her over 300 times, begging her to date him and threatened self-harm on her refusal.

The victim reported him in October last year, following which he was fired from his job and arrested. Jeon, however, was released on bail and not subjected to a restraining order.

He was arrested on charges of murder with the order on his stalking indictment being postponed to 29 September.

The woman’s death triggered widespread anger against the government, with many calling for tightening of the legislation. While stalking was considered a misdemeanour punishable only by a fine of up to 100,000 won ($63) until last year, the government passed a more stringent law in October 2021, stipulating five years of jail term for those convicted.

But the law, several argue, fails to provide adequate protection to the victim as a perpetrator can be prosecuted only with the consent of the complainant.

It provides an opportunity for the stalker to bully their victims to withdraw cases, including in the current case where Jeon reportedly told police that he killed the woman because he resented her for filing a police complaint.

According to SCMP, at least three women were killed by their stalkers in the first six months of this year.

Police have so far arrested 7,152 people under the new anti-stalking law, reported the BBC, citing data from the National Police Agency. However, only five per cent of the suspects were detained.

“I felt frustrated at the failure by law enforcement and the court to act more proactively to prevent the murder,” said the victim’s lawyer, Min Go-eun, as she criticised the limitation of the law.

Criminal psychologist and professor Lee Soo-jung, who also advises the government, suggested the ministry remove the clause requiring the victim’s consent before prosecution, while the Supreme Court has proposed giving restraining order to stalking suspects not in detention, reported the BBC.

The government, however, is also facing backlash for comments made by the country’s gender equality and family minister Kim Hyun-sook, who said the woman’s murder was not a gender-based hate crime.

“I do not agree that this case should be framed as men versus women,” she said during a visit to Sindang station.

The minister sparked further fury after she blamed the victim for not taking other preventive measures and seeking advice from a ministry helpline.

Meanwhile, a report by the Korean National Police University found four in 10 murders of close partners were preceded by stalking, reported The Guardian.