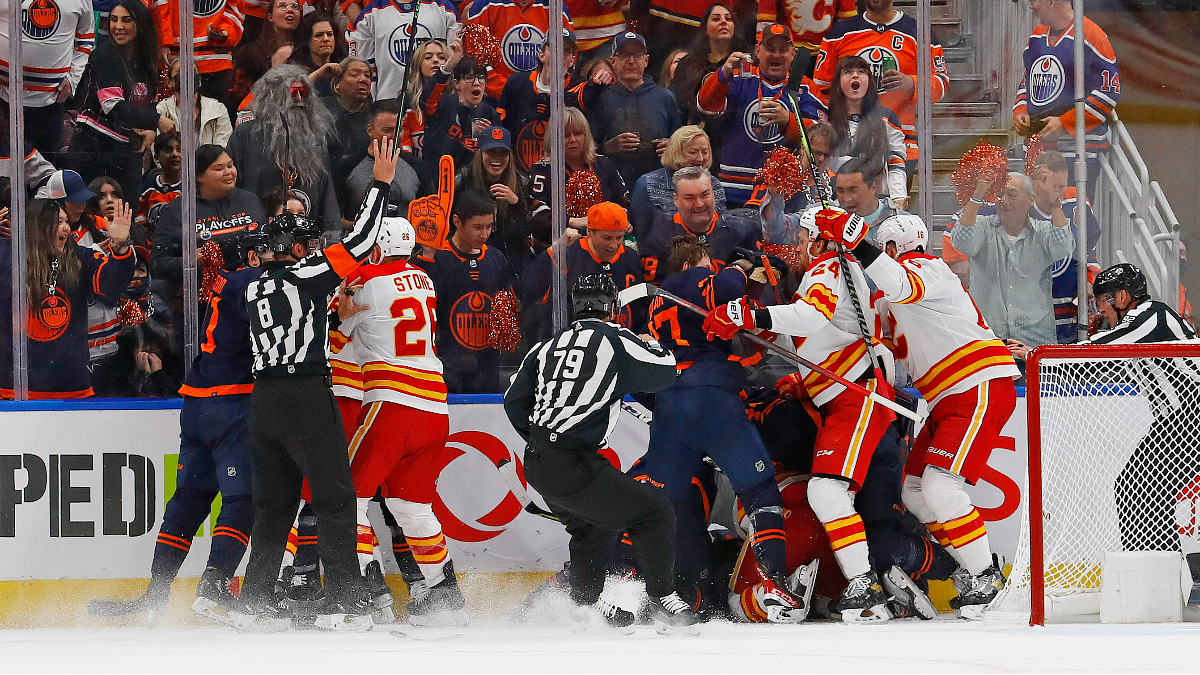 Mike Smith was trying to finish off a shutout Sunday night at Rogers Place when, in the blink of an eye, the Oilers goalie was forced to temporarily exit the game.

Smith was playing a puck behind his net midway through the third period of Flames-Oilers Game 3 when he was barreled into by Milan Lucic. Lucic knocked the Edmonton netminder into the base of the boards, which ignited an all-out brawl between the two Alberta-based teams.

When the dust settled, Lucic was issued a five-minute charging penalty and a game misconduct. Smith, meanwhile, was forced to go back to the room to be evaluated, a decision made by the NHL concussion spotters on hand.

Smith was visibly upset about the ruling in real time and he seemingly maintained his disagreement with the decision after the game.

“I don’t think my head hit anything,” Smith told reporters, per ESPN. “My helmet came off, but I didn’t get hit in the head. I didn’t really know what happened. I was playing the puck, and the next thing I know, I’m getting buried into the end boards.”

Smith eventually returned to the game and allowed a goal, but it only was a minor blemish in the Oilers’ 4-1 win. Edmonton now owns a 2-1 lead in the second-round series with Game 4 set for Tuesday night.