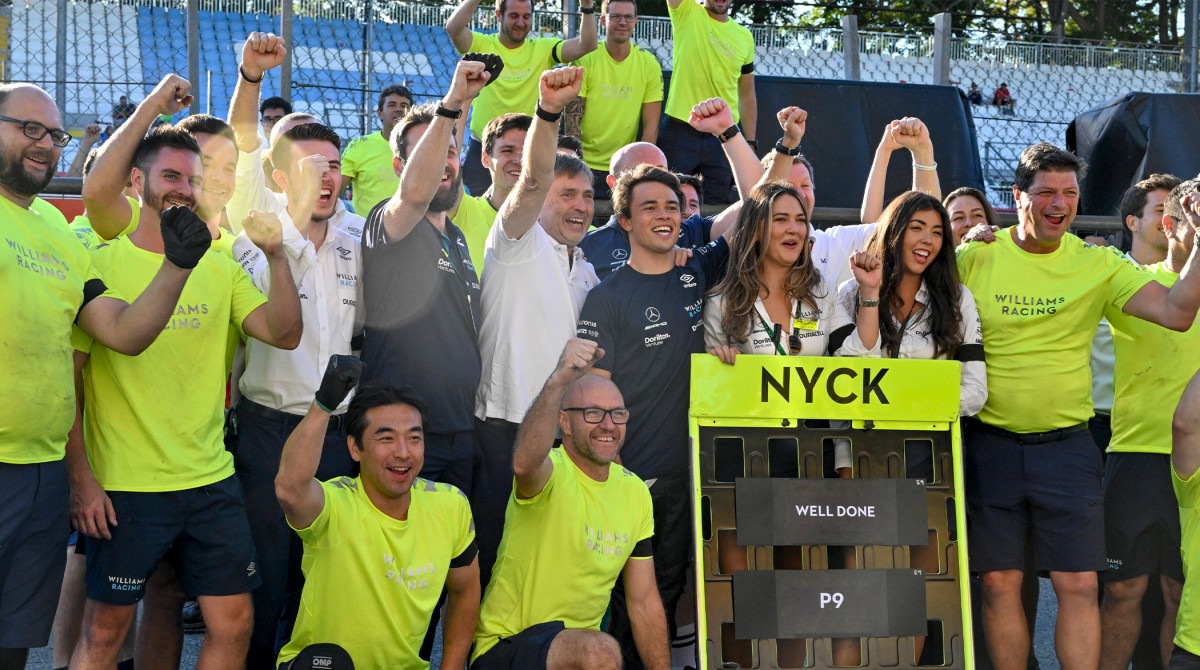 Nyck de Vries made his Formula One race debut at the Italian Grand Prix after Alex Albon was diagnosed with appendicitis—and the Dutchman arguably knocked it out of the park.

The reserve driver finished ninth, bringing home two points to Williams while Nicholas Latifi ended the day in 15th. Max Verstappen, Lewis Hamilton and George Russell sang his praises after the race, and Russell went as far as to say, in part, “there’s no doubt he’s deserving of a place in Formula One.”

According to ESPN, de Vries’s name has in the running for a possible F1 seat next season as Williams has yet to confirm its 2023 driver lineup. But his options may extend beyond that single team. The 27-year-old confirmed on the Dutch TV show Humberto op Zaterdag over the weekend that he has spoken with Alpine as well as Red Bull advisor Helmut Marko.

“I don’t quite know if I am in such a luxury situation that I can choose,” he said on the show, per motorsport.com. “Largely, that is beyond my control. I have been in talks with Williams for a long time, and I was also able to make my debut there last weekend.

“That would be a logical step. Alpine I have been in contact with since July, and I will test for them in Budapest next week. I will fly there on Monday. And as the media had noticed [Friday], I went to Austria to meet Helmut Marko. Those are the facts.”

Alpine reportedly isn’t in a rush to fill the vacancy left by Fernando Alonso, who will compete for Aston Martin starting next season. The Spaniard will take the seat of Sebastian Vettel, who previously announced that he is retiring from F1 at the end of the 2022 campaign. Originally, it looked like Oscar Piastri would compete for Alpine. Within hours of the team’s announcement about the 2023 driver lineup, the 21-year-old refuted the claim on Twitter, saying in part, that he had not “signed a contract with Alpine for 2023. I will not be driving for Alpine next year.”

On Aug. 24, news broke that McLaren and Ricciardo “mutually agreed” to split at the end of the 2022 campaign and the Contract Recognition Board later upheld McLaren’s contract with Piastri.

Red Bull adds a twist to the situation. Both of its F1 drivers—Verstappen and Sergio Perez—are under contract, but AlphaTauri, its junior team, has yet to confirm its 2023 lineup. It has been publicly confirmed that Pierre Gasly has a contract with AlphaTauri for next season; however, Alpine has shown interest in the Frenchman. Meanwhile, Yuki Tsunoda’s contract is up at the end of the season.

News broke Sept. 4 as Marko told reporter Chris Medland that an agreement was reached to bring on Colton Herta, pending the FIA’s decision on his super license. He had been linked to a AlphaTauri seat, but he needs an exemption from the FIA as he only has 32 of the 40 points needed for a Super License.

However, it looks unlikely that the FIA will give the IndyCar driver an exemption, and according to motorsport.com, Red Bull abandoned the efforts. Come Friday Sept. 16, rumblings started to rise on social media and in the media that de Vries was seen meeting with Marko.