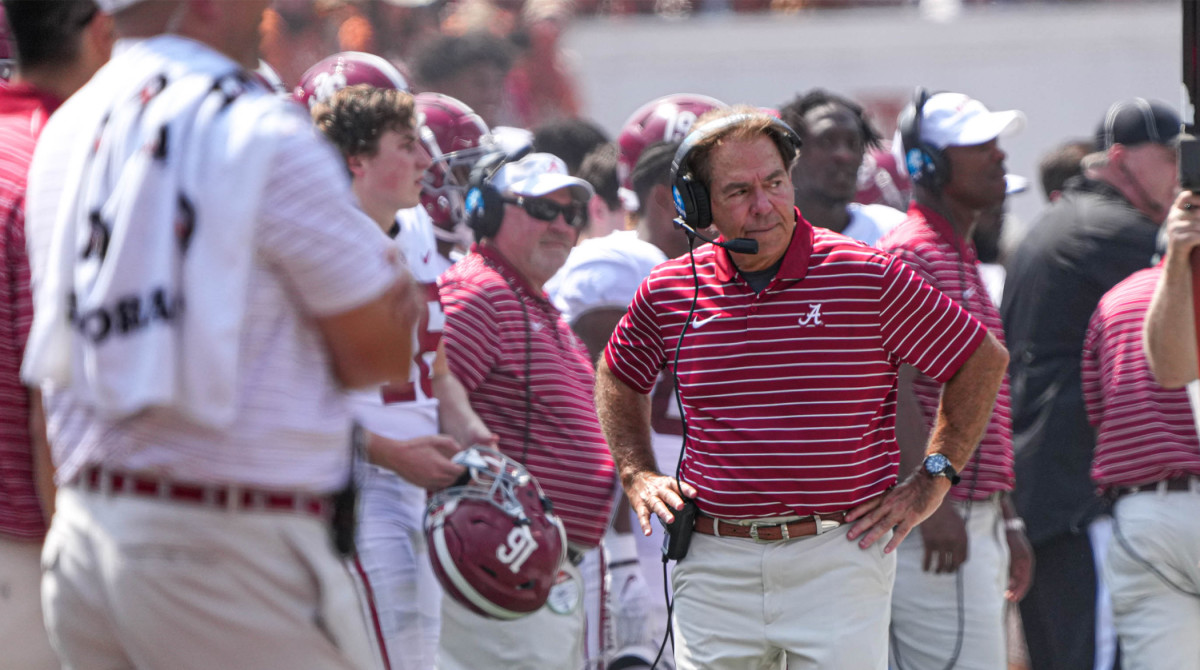 No. 1 Alabama barely, just barely, escaped unranked Texas on Saturday, walking away from Austin with a one-point win.

The toe-to-toe matchup marked Alabama’s first non-conference road game since 2011, and the atmosphere did not disappoint. In fact, the Longhorns even seemed to impress Crimson Tide coach Nick Saban.

“This is like playing an SEC game on the road,” he said after the game. “They’re going to be in the SEC. If they were in the SEC now, they’d probably be in the top half of the league.”

Texas managed to not only keep Alabama scoreless in the second and third quarter but also went into halftime tied at 10 despite its starting quarterback Quinn Ewers sidelined with an injury from the first quarter.

The game ultimately came down to the wire. Longhorns kicker Bert Auburn drilled a 49-yard field goal with 1:29 to go, and the Tide responded as quarterback Bryce Young led the charge on a nine-play series. With 10 seconds to go, Will Reichard hit the 33-yarder that sealed the deal.

Texas tried to pull off a miracle score in the final seconds, but in the end, the clock wasn’t on their side. Sarkisian said, “I told the team, I don’t look at this as we lost. We ran out of time.”