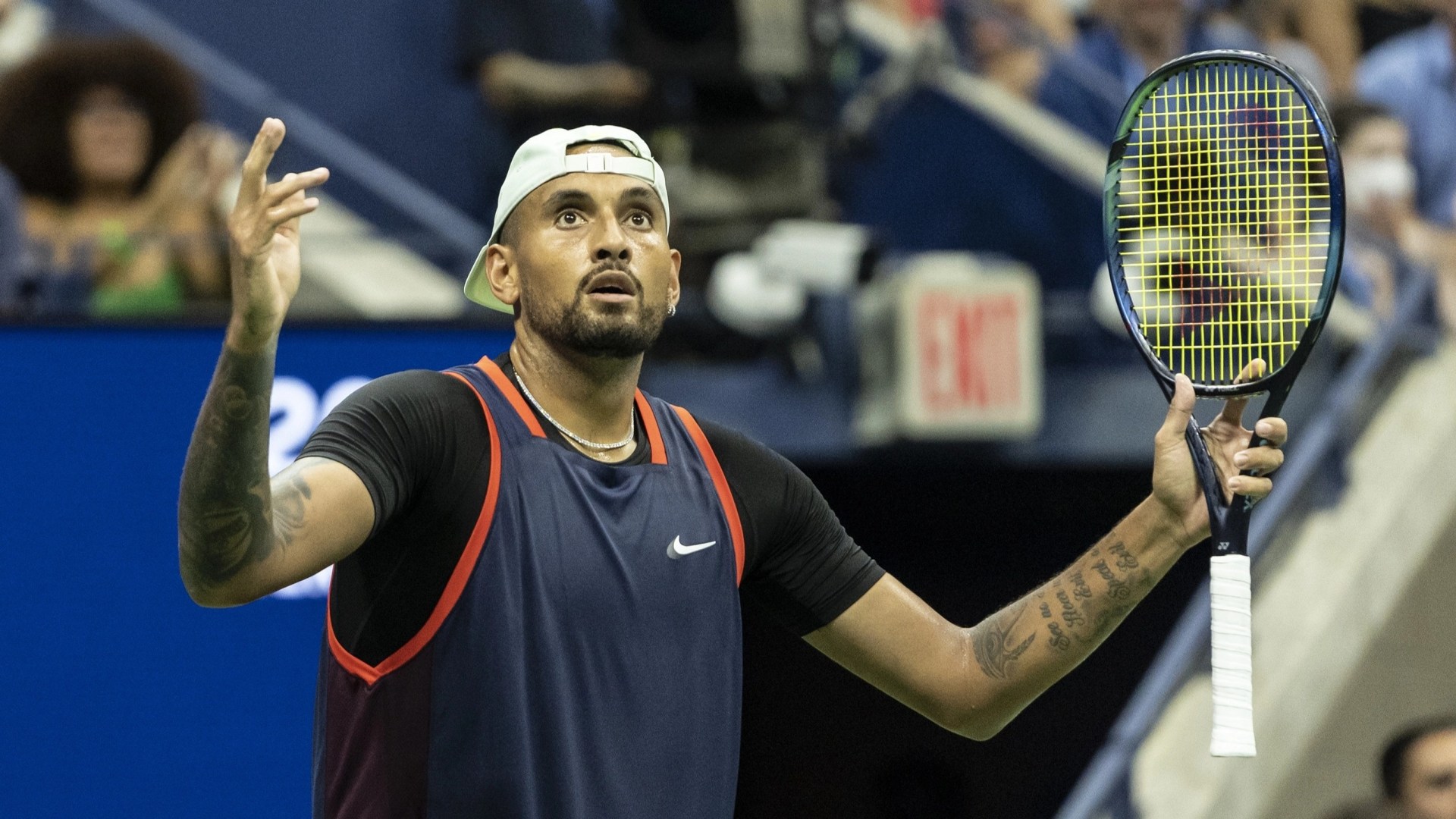 NICK KYRGIOS dropped a possible hint at a shock retirement after knocking out Daniil Medvedev at the US Open.

The maverick Australian blasted past the defending champion and world No1 to reach the quarter-finals under the lights on Sunday night.

Kyrgios lost in the Wimbledon final to Novak Djokovic in July after taking the first set.

The star admitted had he won, he may have struggled for motivation because he would have reached the pinnacle in tennis.

Now the No23 seed is just three wins away from a maiden Grand Slam singles title in New York.

But Kyrgios suggested he could call it a day and hang up his racket should he go all the way at Flushing Meadows.

Kyrgios, who has been away from home for four months on tour with his team, said: “It’s the last biggest tournament of the year.

“We’ve got to try and just tough it out and keep pushing each other, keep being positive.

“Next week we’re going home. But three more matches potentially, then we never have to play tennis again.”

That included a scintillating 13-11 first-set tie-break and the Canberra star losing a needless point when he ran around the net and played an illegal shot – before admitting he didn’t know the rules.

Kyrgios faces another Russian Karen Khachanov in the last eight with 22-time Grand Slam winner Rafael Nadal, crucially, on the other side of the US Open draw.

The Aussie added: “Obviously if you look at it on paper, I probably wasn’t expected to win that. Maybe take a set or two if I’m lucky. Give the people a show.

“It’s a great win. But I come off the court and I’m just almost relieved that it’s over because there’s just so much pressure every time I go out on court, so much expectation, so much unpredictability of what I can do.

CHAMPIONS LEAGUE BETTING OFFER – GET £50 BACK AS CASH

“I just sit there in the locker room after and I’m just super proud of the performance because there was really a time where I didn’t think I was capable of producing and doing this anymore.

“I just mentally struggled so hard for the first six, seven years of my career. I had great results, shocking results, try really hard, then tanking.

“I honestly didn’t know how to deal with any of it. I beat myself up way too hard. It was unhealthy.

“I look back, it was just all a learning process to now because I’ve matured so much.

“I know the process now of what it takes to get to a final of a grand slam. Not to win it yet, but to get to the final.”