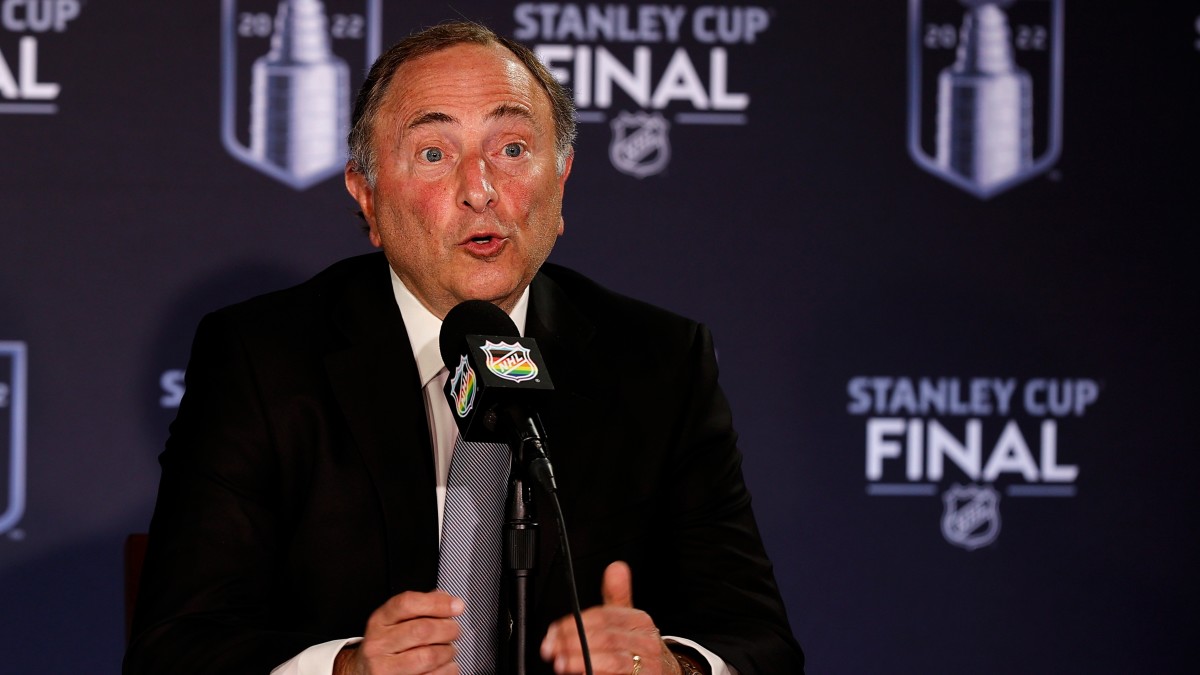 Ahead of Wednesday night’s Game 1 of the Stanley Cup Finals, NHL commissioner Gary Bettman said that the league will generate a record of over $5.2 billion in revenues this year, adding that those projections might be on the conservative side.

Bettman, alongside deputy commissioner Bill Daly, praised the league for increasing its national media revenues and thanked the NHL’s sponsors, touting his team’s strategy as enabling a return to normal business operations two years removed from the pandemic.

“Our buildings are back to basically where they were [with attendance], and maybe a little better,” Bettman said, per Kristen Shilton of ESPN. “Our playoffs this year, the first two rounds generated 88% of the revenues that we did in the first two rounds the last time we had normal playoffs [in 2019]. We continued to put on NHL hockey under the most difficult of times. … We were able to stabilize the business and power through.”

The commissioner was bullish on the NHL’s financial forecast, and anticipated it would take two to three years for the league to pay off its current debts. He also attributed this year’s success in part to an uptick in scoring.

“I think it’s correlated to increased interest in the game,” Bettman said. “Everything we do is only important to the extent that the game is healthy on the ice. And the game is healthy on the ice. Our competitive balance is unmatched by any of the other major leagues, and it gives us incredible races in the regular season, and it gives us playoffs that are as unpredictable as anything you can say.”

Bettman also said that the 2022–23 season would begin on Oct. 11, and that the full schedule will be revealed in early July.