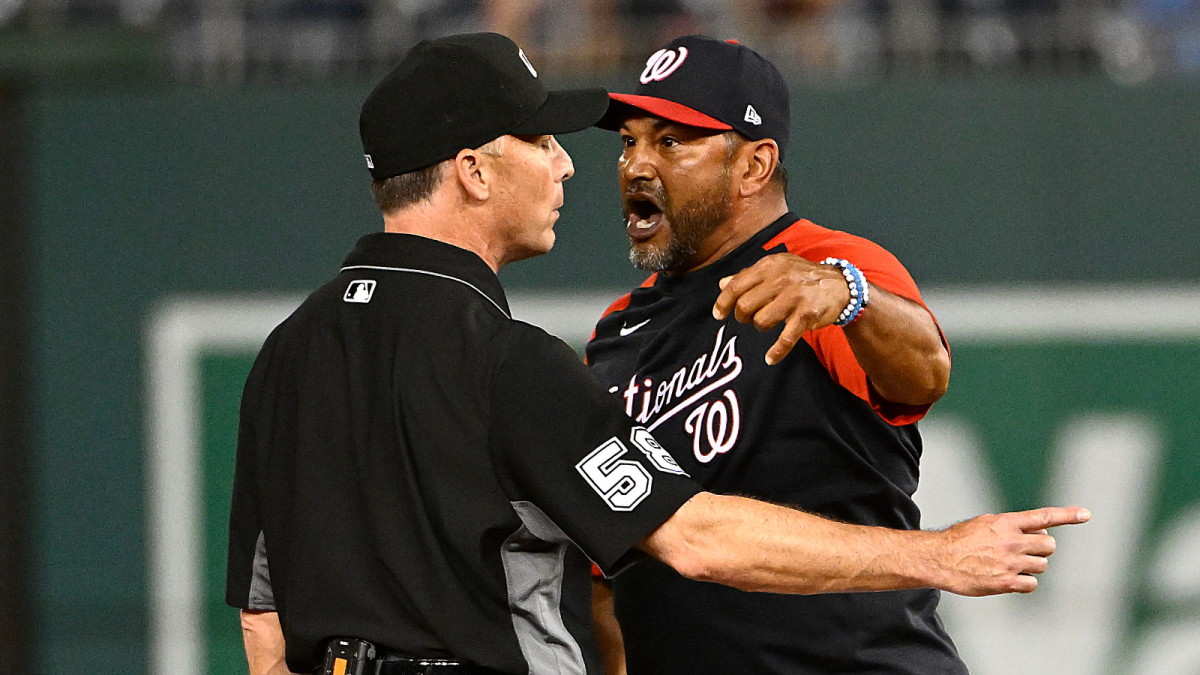 In Friday night’s NL East divisional matchup between the Nationals and the Phillies, things got testy in the 10th inning after a controversial call gave Philadelphia the go-ahead runs.

With the game tied 6–6 in the top of the 10th with runners on second and third, Nats reliever Steve Cishek delivered a 1–1 cut fastball to J.T. Realmuto, who lined a broken bat single back up the middle.

Phillies DH Kyle Schwarber scored easily from third, while first baseman Rhys Hoskins, who was attempting to score from second, was thrown out easily at the plate by Nationals center fielder Lane Thomas.

The play appeared to give the Phillies a 7–6 lead.

However, after the umpires conferred after the play was over, it was determined that Nationals shortstop Luis Garcia interfered with Hoskins while diving for the batted ball to his left. When he dove, he nearly collided with Hoskins, and the umpires deemed it interference.

Hoskins was ruled safe at home, making it an 8–6 game.

Nats manager Dave Martinez was incensed by the call and was subsequently thrown out of the game after arguing with umpire Dan Iassogna for several minutes.

Iassogna explained the rationale behind the call to a pool reporter after the game, saying that the fielder was no longer in the process of making an attempt for the ball when contact was made.

The run proved decisive, as the Phillies eventually won the game 8–7 in 10 innings, capturing their 12th victory in the last 14 games.