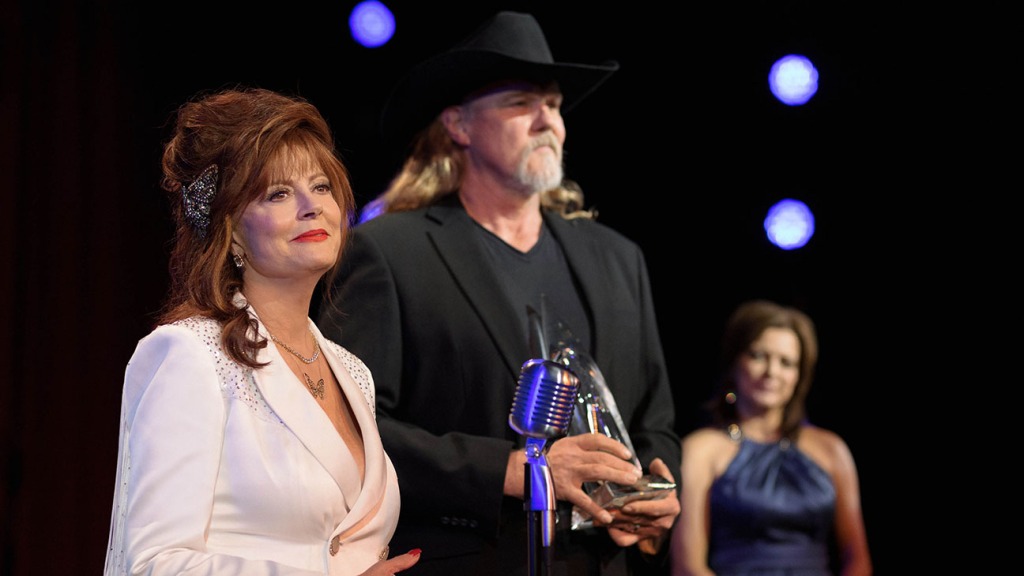 Trace Adkins says he and Susan Sarandon had a strategy for getting along swimmingly on the set of Monarch, given their diametrically opposed political leanings.

The country singer appeared on HBO’s Real Time on Friday, where host Bill Maher wanted to know how Adkins, who is politically conservative and performed at the 2020 Republican National Convention, got along with Sarandon, who publicly espouses progressive viewpoints. Their new Fox drama series centers on Albie Roman (Adkins), an iconic country performer, and his wife, fellow vocalist Dottie Cantrell (Sarandon).

After Maher said he hoped the two Monarch co-stars became “fast friends” despite their ideological differences, Adkins responded, “We did, I think. There were no issues. We went to work, and we did our work, and we stayed away from everything else.”

He continued, “A couple of times maybe a current event or something would happen that morning, and she’d be watching the news, and she’d say something to me about it. But it was very brief, and we just didn’t go there. We just stayed away from it. What’s the point?”

Maher was heartened to hear this and expressed that this should provide inspiration for how the country can move forward amid this polarizing time.

Monarch debuted Sunday and is one of Fox’s highest-profile new series of the fall season. In his review of the show, The Hollywood Reporter’s chief television critic Daniel Fienberg wrote, in part, “Although it obviously and rather desperately wants to be Empire only with country music, Monarch is actually just protracted mediocre karaoke.”