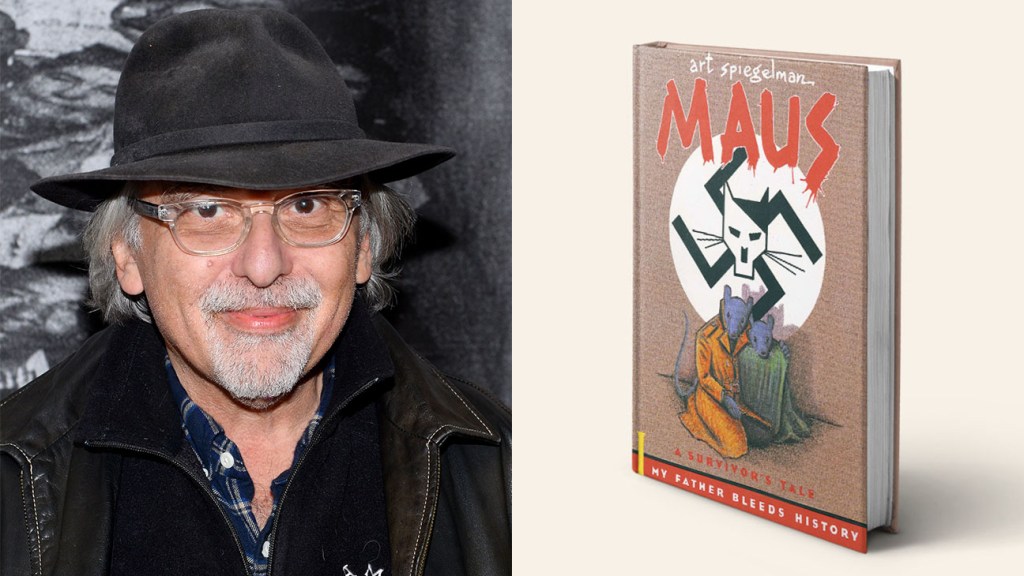 Art Spiegelman refuses to let Hollywood have a crack at Maus.

The writer-illustrator, 73, tells The Hollywood Reporter there has been “no change” to his long-standing refusal to adapting his Pulitzer-winning graphic novel about the Holocaust for the screen.

This despite a renewed fervor for the property after it was pulled from Tennessee high school curriculums over perceived “rough language” and nudity (what amounts to a small depiction of the artist’s mother in a bathtub, dead by suicide), launching a firestorm of controversy.

“I like movies, but Maus is better served as a book,” Spiegelman says. “[It’s a] more intimate form and comics adhere to the brain better.”

The two volumes of Maus, published in 1986 and 1992, envision Jews as mice and Nazis as cats in an unflinching parable championed for its effectiveness in conveying the horrors of the Holocaust to readers of all ages.

Spiegelman has been approached at least four separate times over the years to turn Maus into a movie, but has flatly refused. He has also turned down millions of dollars in licensing and merchandising deals relating to Maus iconography.

Speaking to CNN after the McMinn County Board of Education in Tennessee voted unanimously on Jan. 10 to remove Maus from its eighth-grade language arts curriculum, Spiegelman said, “They’re totally focused on some bad words that are in the book. ‘Damn?’ I can’t believe the word ‘damn’ would get the book jettisoned out of the school on its own, but that’s really where the genuine focus seemed to be.”

The Complete Maus, which includes both volumes, reached the top position on Amazon’s best-seller list on Monday.