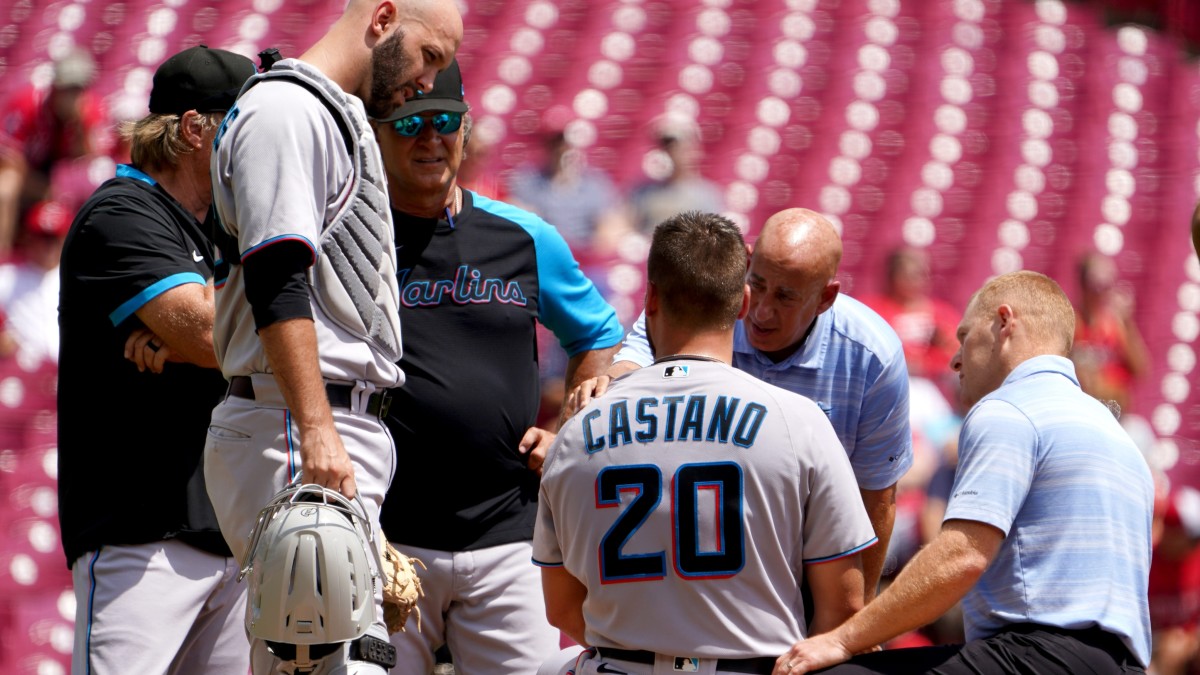 Marlins starting pitcher Daniel Castano was able to walk off the field under his own power after being hit in the head by a line drive from Donovan Solano in the first inning of Thursday’s game against the Reds. The ball was clocked at 104 miles per hour, making for a scary scene at the Great American Ball Park.

Castano stayed on the ground and was evaluated by medical staff before eventually standing up and walking to the dugout. He was later diagnosed with a mild concussion and bruised forehead, per ESPN.

“I’m not sure what happened,’’ Castano said after the game. “I was down for a second. I was a little out of if. When I woke up, I asked, ‘What happened?’ I’m much better now. I’m a little bit tired, but I’ll be alright.”

The ball was actually caught by third baseman Joey Wendle for the out. Castano did not appear to lose consciousness as catcher Jacob Stallings was the first to arrive and check on him.

“It is really awful to see that happen to anyone,” Reds manager David Bell said. “I’ve seen it happen before. I had a conversation to see that everything was OK. It is just a major relief to hear that. It’s very scary for everyone involved, certainly for their pitcher and their home team and our team. You almost want to stop playing the game. When he was kneeling and walked off on his own, we all felt a little better.’’

Castano offered an update after the game on his Instagram story, saying he was appreciative of the well wishes and that he was feeling better.

“Thank you everyone for the love, support, and prayers. I’m doing well and it could have been a lot worse,” Castano wrote. “Beyond thankful for the efficiency and kindness of my coaches, trainers, teammates and Solano, what was shown to me today truly goes beyond the game.”