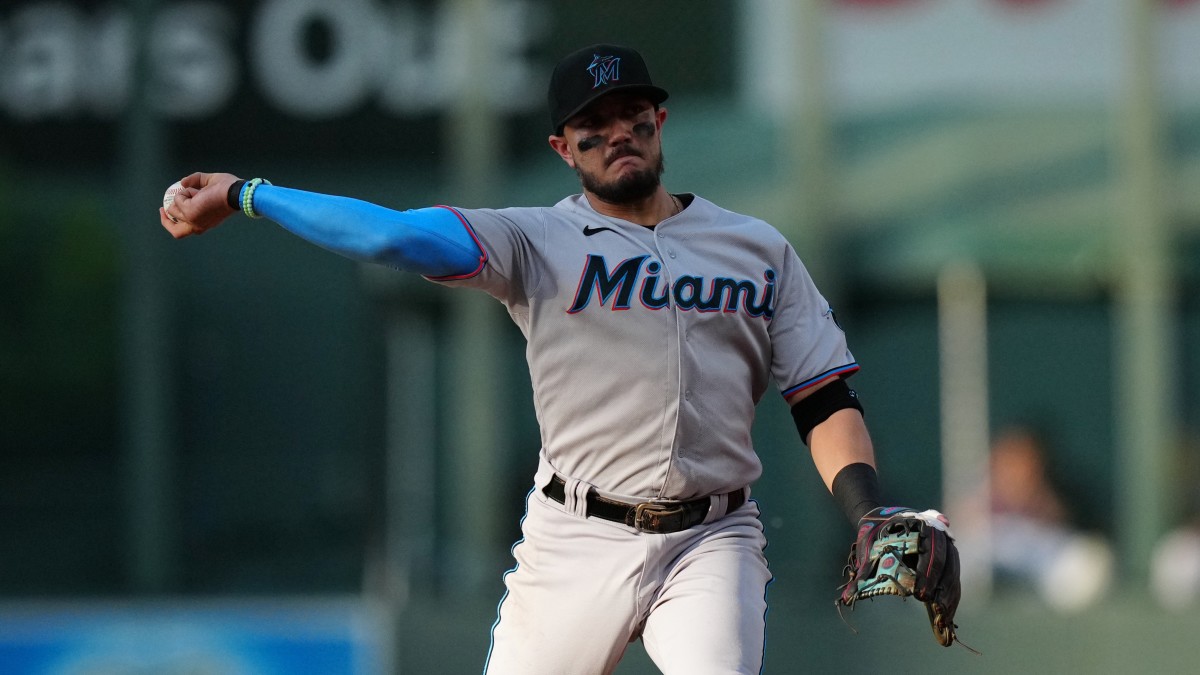 Hall of Fame shortstop Derek Jeter’s announcement that he was stepping down as Marlins CEO took most of the baseball world by surprise on Monday. Among those caught off guard? Miami shortstop Miguel Rojas.

Rojas, the longest-tenured current Marlin, spoke to Chris Rose of Jomboy Media after news of Jeter’s departure broke and expressed his appreciation for some of the moves that the club had taken this offseason, then admitted he did not see Jeter’s departure coming.

”I’m disappointed that I’m not gonna have Derek Jeter on my team anymore,” Rojas said. “When you have a relationship with a guy like him—the first thing that I remember is the things that he said when he came in 2018. He offered me and the boys a plan … one of the things I have to take away from all of this is the integrity of the man. The integrity of Derek Jeter, on and off the field … clearly, I’m disappointed, not having him anymore.”

Rojas praised the team’s signing of pitcher Sandy Alcantara to a contract extension, and believed that the franchise was heading in the right direction before the lockout started. Joel Sherman of The New York Post reported that Jeter went into the lockout believing that there would be an additional $10-$15 million that the Marlins would be able to spend on the 2022 roster. However, that strategy reportedly “evaporated” during the lockout, leading to Jeter’s decision to leave the franchise.

Rojas was unsure about the team’s financial situation, but said he felt there are a lot of questions left unanswered.

”I don’t know about promises of a better payroll or anything like that,” Rojas said. ”I just heard something that they said—that this is the time to take the next step. It’s our time to take the next step in this ’build’ that they promised. … It was time to make the move to get not just a better team, but better quality up and down the organization. I don’t know what happened.”

Rojas has spent the past seven seasons with the Marlins, and signed a two-year, $10 million contract extension this offseason. In 132 games last year, Rojas batted .265/.322/.392 with nine home runs and 13 stolen bases.