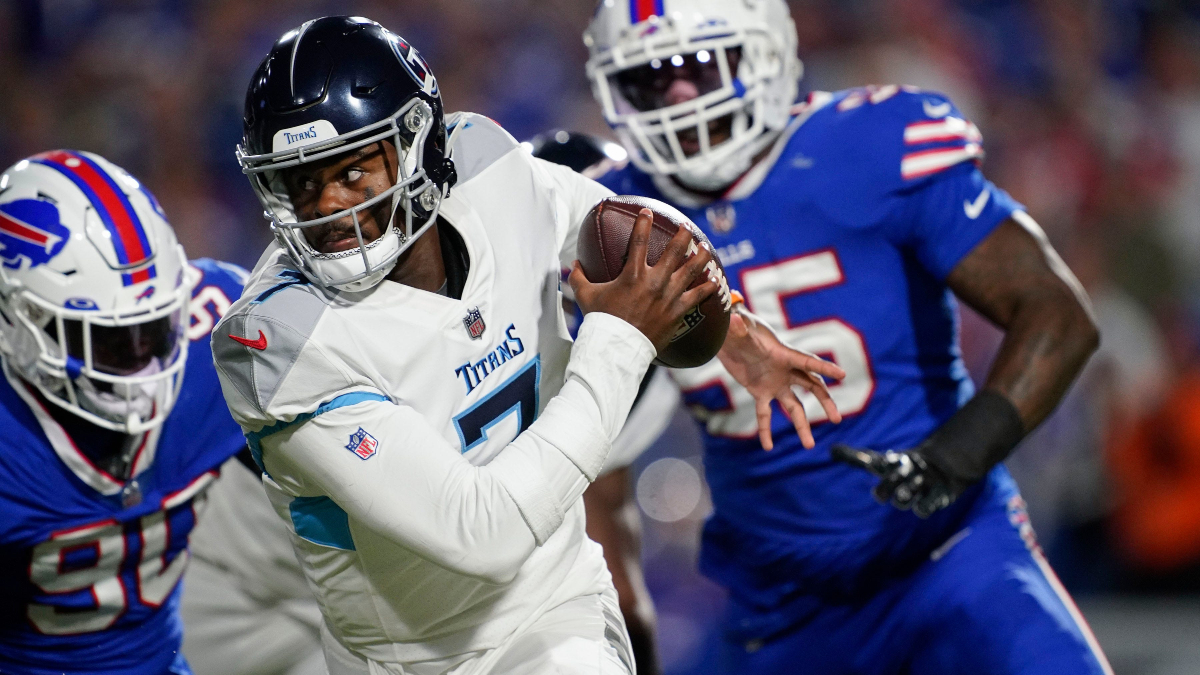 The Tennessee Titans had about as bad a game you could possibly have Monday, with rookie quarterback Malik Willis thrust into the firestorm.

Tennessee was throttled by the Buffalo Bills, 41-7, in the first leg of a “Monday Night Football” doubleheader. The Titans scored on their first possession to tie the game at seven before being shutout over their final 10 tries with the ball, turning it over three times. The second such turnover, a pick-6 by Bills linebacker Matt Milano off of Titans quarterback Ryan Tannehill, was essentially the dagger — leading to each team pulling their signal callers for the backups.

Tennessee’s decision to waive the white flag paved the way for Willis to make his NFL debut. Unfortunately, it was one he’ll likely want to forget.

Willis piloted the Titans offense on three drives, finishing 1-for-4 for six yards through the air while adding 16 yards on the ground. In his final rushing attempt, Willis ran into his teammate and fumbled the ball for his team’s third turnover.

The game was out of hand at the time of Willis’ debut, so no matter what he did the outcome of the game was never going to change. Buffalo quarterback Josh Allen threw for 317 yards and four touchdowns — three to wide receiver Stefon Diggs — before the end of the third quarter. However, the poor showing was not what Mike Vrabel was looking for out of his rookie quarterback.