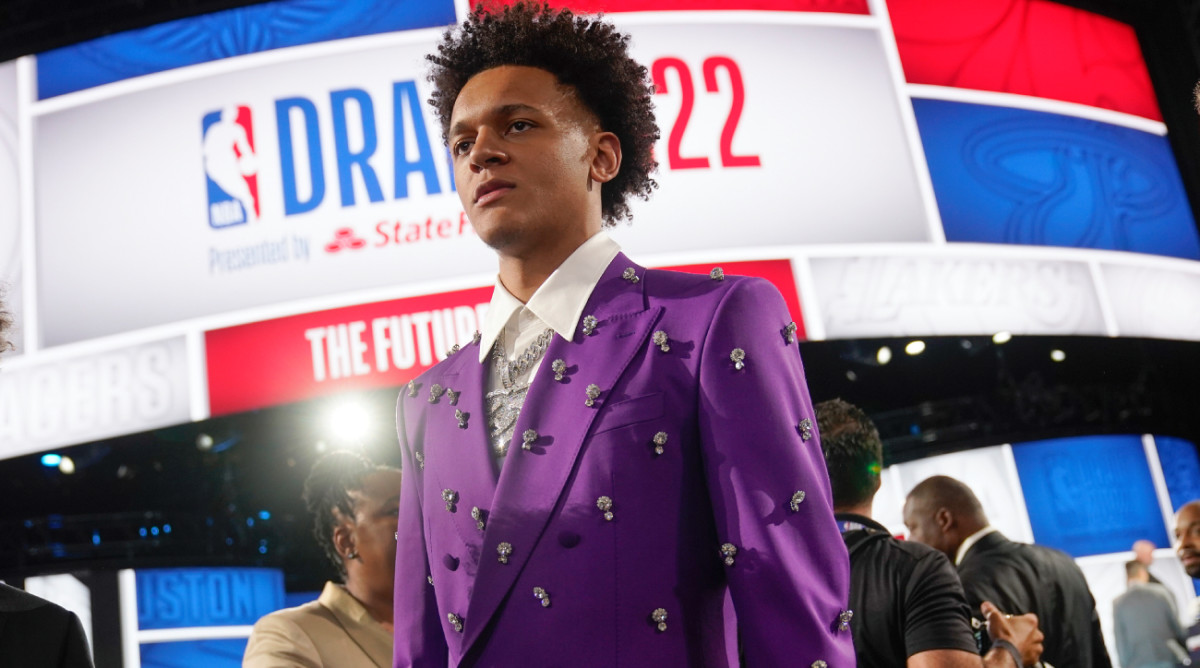 Amid a summer full of show-stealing performances by NBA players on the Pro-Am basketball circuit, a trio of young standouts, including two of the top rookies in the 2022 draft, commanded the spotlight in Seattle on Saturday.

The 6-foot-10 Banchero gave Magic fans a little taste of what many hope will be a dominant career for the former Duke Blue Devil, showing off his full array of skills en route to dropping 50 points to go along with eight rebounds and five assists. Holmgren, meanwhile, showed off in his own right as the former Gonzaga star nearly finished with a triple-double with 34 points, 14 rebounds and eight (!) blocks.

The most thrilling showing of the night, however, may have come from McDaniels, a 2020 first-rounder who emerged as one of the NBA’s rising perimeter players last season. The Washington product exploded for a game-high 52 points, 11 rebounds and 7 assists.

After the game, Banchero and McDaniels, both of whom were born and raised in Seattle, took a picture with Holmgren and Crawford to commemorate the memorable outing.

After dominating NBA Summer League earlier this month, Banchero and Holmgren turned in another stellar effort to continue the impressive lead-up to their much-hyped rookie seasons.

The tandem hooked up for a few primetime plays during the contest, including one sequence that saw the seven-footer set up a Banchero 360 after blocking a shot on the other end.

Check below for the full highlights of Banchero, McDaniels and Holmgren’s monster nights: