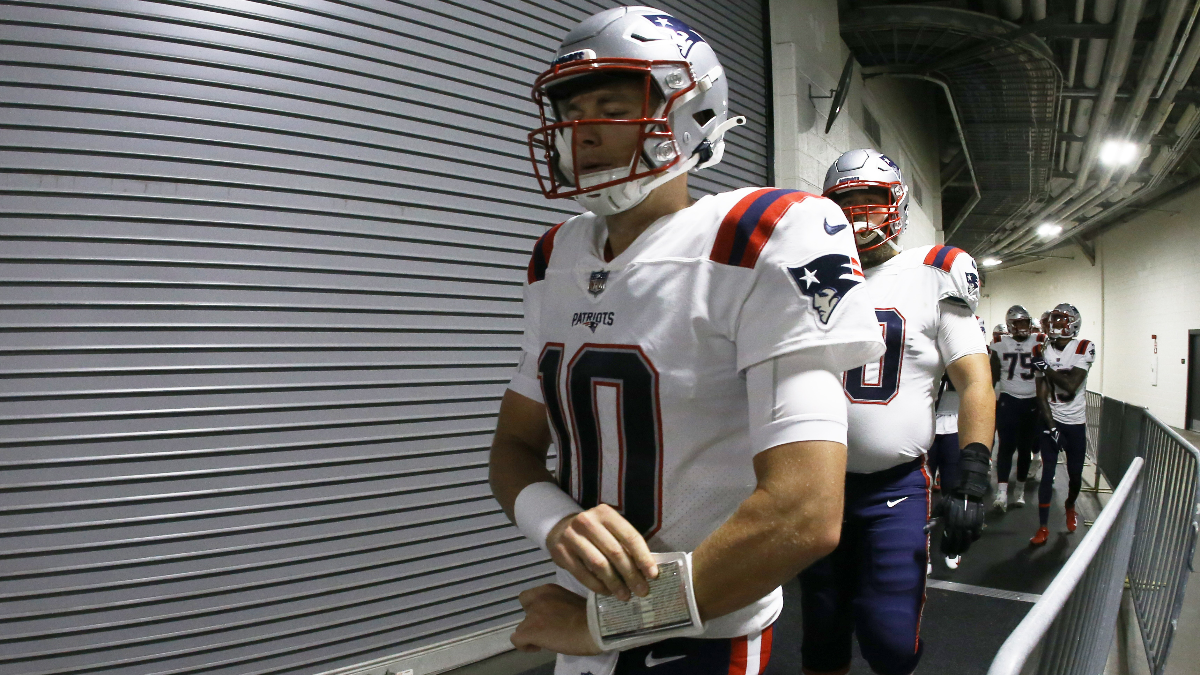 If you ask one NFL writer, there currently aren’t many starting quarterbacks in the league who are worse than Mac Jones.

Jones was mediocre at best in both of the New England Patriots’ first two games of the 2022 season. The sophomore signal-caller posted a lousy 10.3 QBR in his team’s season-opening loss to the Miami Dolphins and offered little to write home about this past Sunday in Pittsburgh. And Bill Belichick, who looks downs on turnovers more than most NFL coaches, can’t be thrilled with the fact that Jones kicked off the campaign with an interception in consecutive contests.

Even with the Patriots entering Week 3 on a high note, Jones experienced another drop on NFL.com’s quarterback power ranking. The Alabama product now slots at No. 26, with only Mitchell Trubisky, Justin Fields, Cooper Rush, Baker Mayfield, Jacoby Brissett and Davis Mills behind him.

“This list includes a bundle of quarterbacks sunk inside schemes with issues,” Marc Sessler wrote. “Jones is another poster boy. He’s taken a step back. Perhaps it’s simply what’s around him, but on Sunday, Mac missed a wide-open Kendrick Bourne before tossing a ghastly would-be interception that was dropped by Cam Sutton. Jones ultimately authored the play of the day with his 44-yard laser to a Randy Moss-imitating Nelson Agholor. The brightest omen was New England’s offensive line gaining steam down the stretch in the run game. Jones needs all the help he can get.”

There’s no denying Jones needs to play better if the Patriots want to be a legitimate playoff contender this season. But fortunately for the 24-year-old, he doesn’t need to light the world on fire in order for New England to have success. Sunday’s game at Acrisure Stadium suggested the Patriots can be a competitive team by leaning on a ground-and-pound offense and playing stout defense.

Jones will try to take a step in the right direction Sunday against the Baltimore Ravens, who nearly allowed 500 passing yards in Week 2.