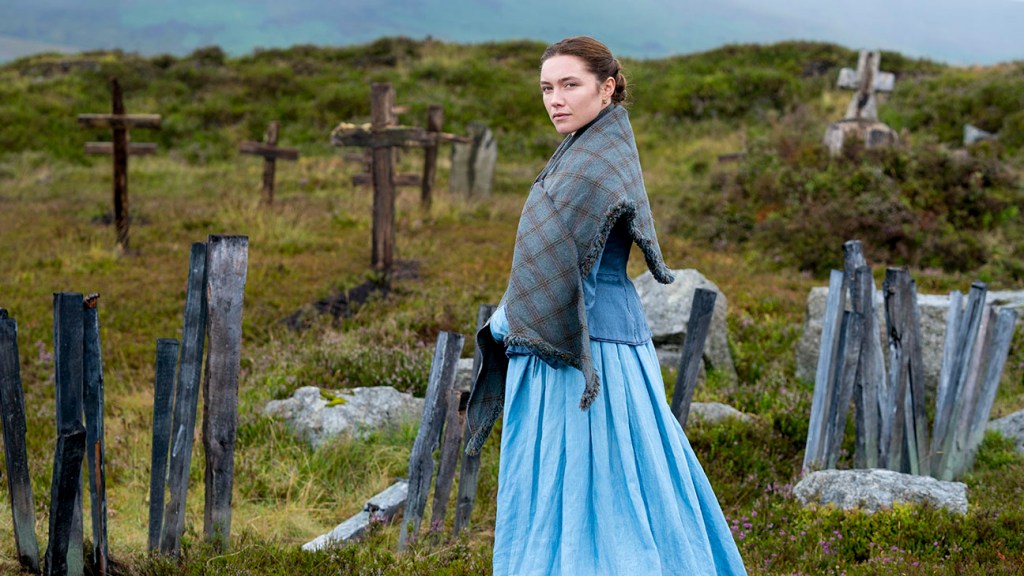 This is the third of three dispatches from the 2022 Toronto International Film Festival. You can read the first here and the second here.

As always, the final days of the fest were considerably lower-key than those before them, with much of the press having departed and most of the buzzy films having screened. The homestretch, however, is when lower-profile gems are often discovered, as I was reminded by a few screenings.

The world premiere of the documentary feature Freedom on Fire: Ukraine’s Fight for Freedom (still seeking U.S. distribution), Evgeny Afineevsky’s follow-up to his 2015 Oscar-nominated Winter on Fire: Ukraine’s Fight for Freedom, proved to be the definitive portrait, thus far, of the ongoing Russian atrocities — and remarkable resistance to them — in Ukraine. Afineevsky, who was born in Russia, made the entire film in the last six months, spending a chunk of that time on the ground in Ukraine himself. And critics and audiences alike called it powerful and disturbing after its world premiere at the Venice Film Festival and then its North American premiere at TIFF.

Just like many Russians and Ukrainians were in attendance at the TIFF unveiling of Freedom on Fire, many Iranians showed up for the fest’s unveiling of Holy Spider (Utopia). The latest film from Iranian filmmaker Ali Abbasi tells the dark, true story of a serial killer of prostitutes (Mehdi Bajestani) and the female journalist pursuing him (Zar Amir-Ebrahimi, who won the best actress prize at Cannes, where the film world premiered) in present-day Iran. Iran is not exactly known for its openness to social criticism, so the film is actually being considered for submission in the best international feature Oscar race not by that nation, but by Denmark, from which it received considerable financing (it’s in the Danes’ final three, with a decision expected soon). Abbasi’s previous film, 2018’s Border, was submitted by Sweden.

Meanwhile, while one of Netflix’s most highly anticipated titles, Alejandro G. Inarritu’s Bardo, flopped in Venice and Telluride, a more under-the-radar pic from the same streamer, Sebastián Lelio’s The Wonder, popped more than most expected in Telluride and then again in Toronto. The quiet film about an English nurse (Oscar nominee Florence Pugh) recruited to monitor an 11-year-old girl who has stopped eating (Kíla Lord Cassidy) in 19th-century Ireland was adapted from Emma Donoghue’s 2016 novel of the same name by Donoghue (who previously adapted her 2010 novel Room into an Oscar-nominated screenplay), Lelio (the helmer of 2017’s A Fantastic Woman, which won the best international feature Oscar) and Alice Birch. There is much to commend about the film, but nothing more than the performance of Pugh, who is always great, and who stands a much stronger shot at awards recognition for this film than for Olivia Wilde’s controversy-mired Don’t Worry Darling. (Also, it occurred to me that The Wonder and Martin McDonagh’s The Banshees of Inisherin, which world premiered in Venice and then came to Toronto, would make for a great double-feature about weird Irish people who choose to harm themselves.)

Someone else who is very much in the best actress Oscar race for a Netflix film is Ana de Armas, for her portrayal of Marilyn Monroe in Andrew Dominik’s Blonde. The film had its world premiere at Venice and then its North American premiere in L.A., skipping Telluride and Toronto en route to a Sept. 16 limited release and Sept. 28 drop on the streaming platform — but Netflix set up a special screening in Toronto for those who couldn’t make it back in time for the L.A. premiere, so I can tell you that it is a deeply flawed film (way too long and of questionable taste), but also that de Armas gives a truly gutsy performance that one has to respect (even if she doesn’t entirely lose her Cuban accent). Moreover, the resemblance between de Armas and Monroe is stunning (much more than it was between My Week With Marilyn‘s Michelle Williams and Monroe en route to Williams’ best actress nom), and there are certain scenes and sequences in which I truly wondered if the film was using stock footage (it wasn’t).

The 2022 edition of TIFF came to a close on Sunday with an awards ceremony at which it was revealed that Steven Spielberg’s The Fabelmans (Universal) had topped Sarah Polley’s Women Talking (UAR) and Rian Johnson’s Glass Onion: A Knives Out Mystery (Netflix) to win the coveted TIFF Audience Award, which has often been a harbinger of best picture Oscar success (see: Chariots of Fire, American Beauty, Slumdog Millionaire, The King’s Speech, 12 Years a Slave, Green Book and Nomadland). This is great news for Spielberg, who had never before brought a film to TIFF and is really putting himself out there with this one, which is all about his family. But it’s also highly encouraging for Polley, whose film I and others thought would be too divisive to place this highly, and Johnson, whose film is a comedy without any pretensions about having greater social significance, which has hindered other films in the past.