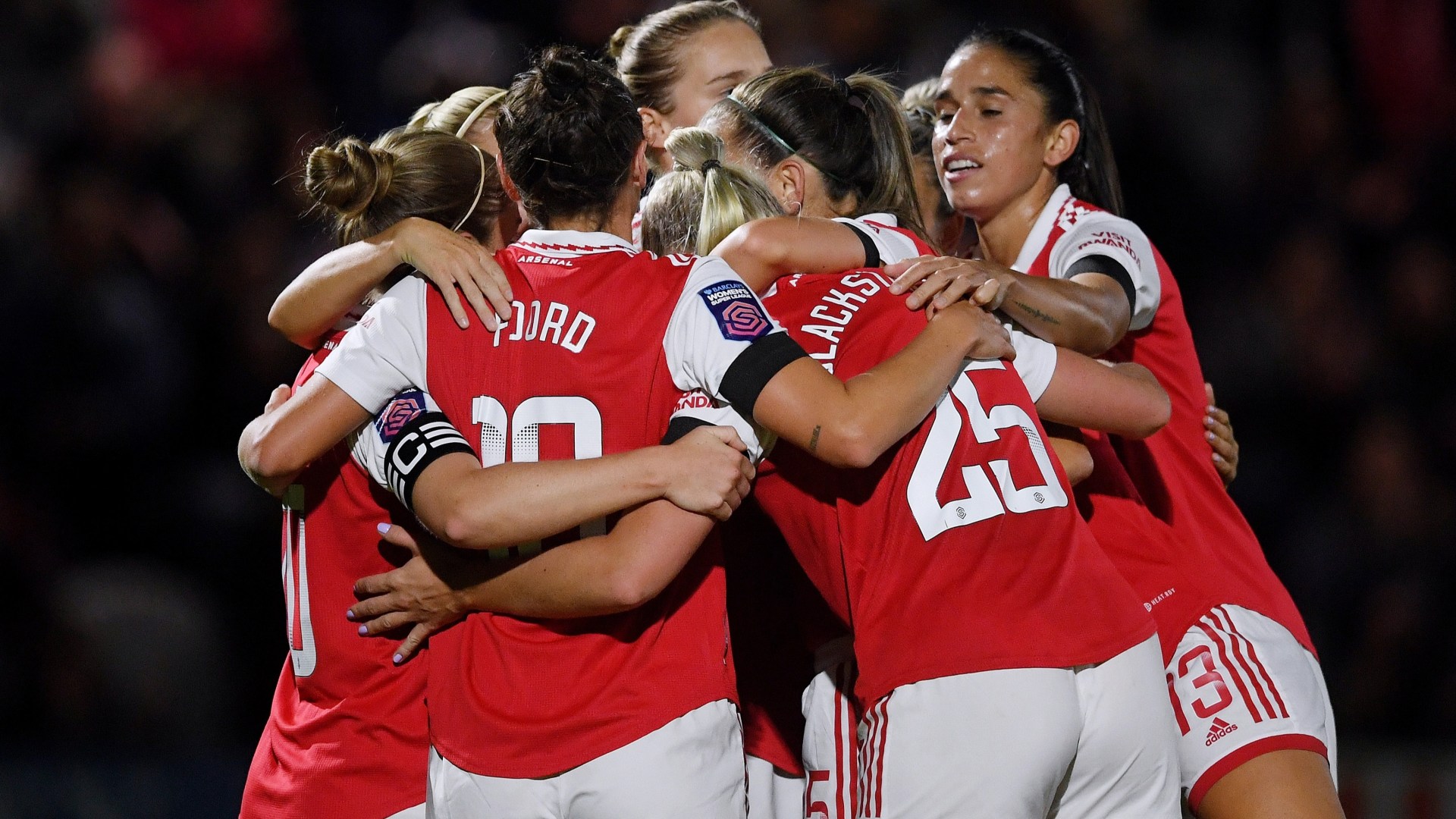 EUROS heroine Beth Mead picked up right where she left off with a deadly double as Arsenal got off to a WSL flier.

And a big finish from Kim Little gave the Gunners the perfect start as they trounced ten-player Brighton 4-0.

Forward Mead was the top scorer during the Women’s Euros this summer as England famously lifted the trophy.

And despite netting twice during a crushing win over Albion, perfectionist Mead hoped to bag more goals.

The Arsenal ace told Sky Sports: “I’m disappointed with a few of my chances. I should have scored more, and we could have put a few more away as a team.

“But four goals and three points is what we wanted.

“We’ve set our standards now and we need to keep setting them higher.”

Kim Little got the Gunners up and running at a sold-out Meadow Park with the opener on 28 minutes and Stina Blackstenius’ thunderbolt made it 2-0 five minutes after the break.

She saw red for bringing down Blackstenius when through on goal.

Mead soon got in on the act as Arsenal sent out a Women’s Super League title warning on the opening night of the season.

And scorer Little reckons her three-month stint on loan at OL Reign in America’s top-tier has helped keep her razor-sharp.

The Scottish midfielder said: “I played six games out in America, so I was able to get that (fitness) in me before coming into the season here in the WSL.

“It has helped me because it was a long off-season of almost four months from our last game against West Ham.

“It definitely put me in good stead to start the season here.”

But Kullberg’s red gave them a mountain to climb. Of the decision, Seagulls chief Powell said: “I thought it was offside at first and an accident. I was surprised but I will have to watch it again.”

Brighton’s forays forward were few during the match.

But when they did get forward, they looked dangerous with new Seagull Terland firing wide of the far post moments before Little’s opener

But the visitors’ resistance was eventually broken when Little walloped an effort into the bottom corner.

The hosts almost doubled their lead in the 32nd minute with Blackstenius hitting the bar before Megan Walsh denied Miedema.

The second half saw Brighton attempt to battle back with Powell shuffling her deck with Katie Robinson coming on for Libby Bance.

And the midfielder fired a dangerous effort across the face of the goal in the 49th minute forcing keeper Manuela Zinsberger into action.

Moments later, Arsenal doubled their lead with Blackstenius smashing the ball high into the net before Mead made it 3-0 on 63 minutes.

The in-form forward skipped past her marker to register a double as the Gunners sealed an impressive win before their clash with Ajax and an Emirates derby duel with Spurs.