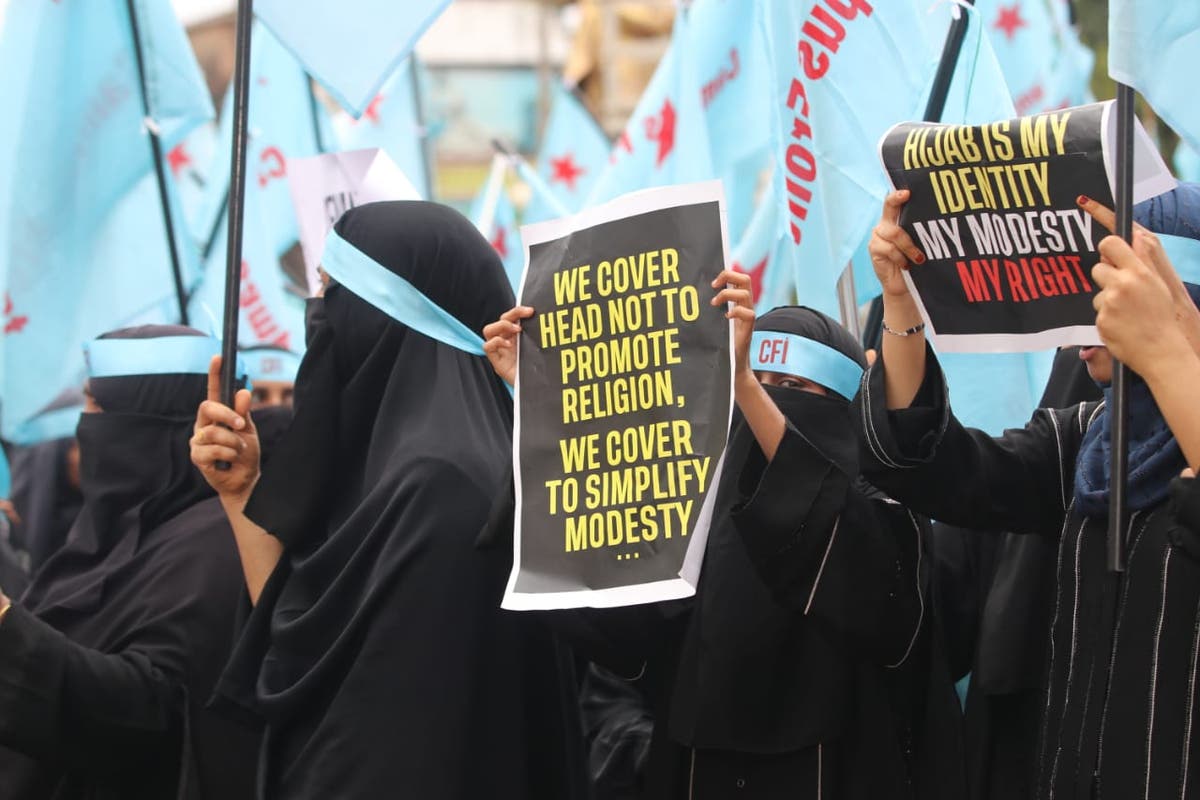 Allowing students to wear their religious symbols in school is an opportunity for them to learn about the country’s diversity and “be culturally sensitive”, observed India’s Supreme Court.

A two-judge bench of the top court comprising of justices Sudhanshu Dhulia and Hemant Gupta was hearing a batch of petitions challenging an earlier high court order in the southwestern state of Karnataka upholding the state government’s ban on wearing hijabs, or Muslim headscarves, inside educational institutions.

Justice Sudhanshu Dhulia made the remarks after senior advocate R Venkataramani, appearing for a teacher, said schools should be free from all religious elements to ensure the transmission of knowledge between teacher and students.

“I [the teacher] work in an environment where individual assertions of identity can be a hindrance,” the senior advocate was quoted as saying by legal portal Bar and Bench. “Only in their absence can you begin to respect them… Teachers’ hands will be tied.”

“Teacher may also say, this is an opportunity, look at diverse country, be culturally sensitive, that can also be an exercise,” the judge pointed out.

“How will you prepare the students, when they go out of the schools, when they face the world, they will face the great diversity of the country, in culture, in dress, cuisine, so this can be an opportunity to prepare them. That can be also a perspective.”

The court, after hearing the submissions from 21 lawyers over a period of 10 days, reserved its order on Thursday.

The controversy began in December last year after a group of Indian schoolgirls asserted their right to wear the hijab inside the classroom at Pre-University College in Udupi city.

It soon ballooned into a national row that led to students launching protests and counter-protests, as the college barred the girls from attending classes with traditional Muslim headscarves.

On 15 March, the Karnataka High Court upheld the ban saying wearing the hijab inside a classroom was not a part of essential religious practice, forcing girls to turn to the Supreme Court for relief.

In the challenge, the appeal against the high court’s impugned order said it “had failed to apply its mind and was unable to understand the gravity of the situation as well as the core aspect of the Essential Religious Practices” in the Indian Constitution.

Prime minister Narendra Modi’s Hindu-nationalist Bharatiya Janata Party, which is in power in the state, justified the ban arguing it prescribed religion-neutral uniforms in educational institutes.