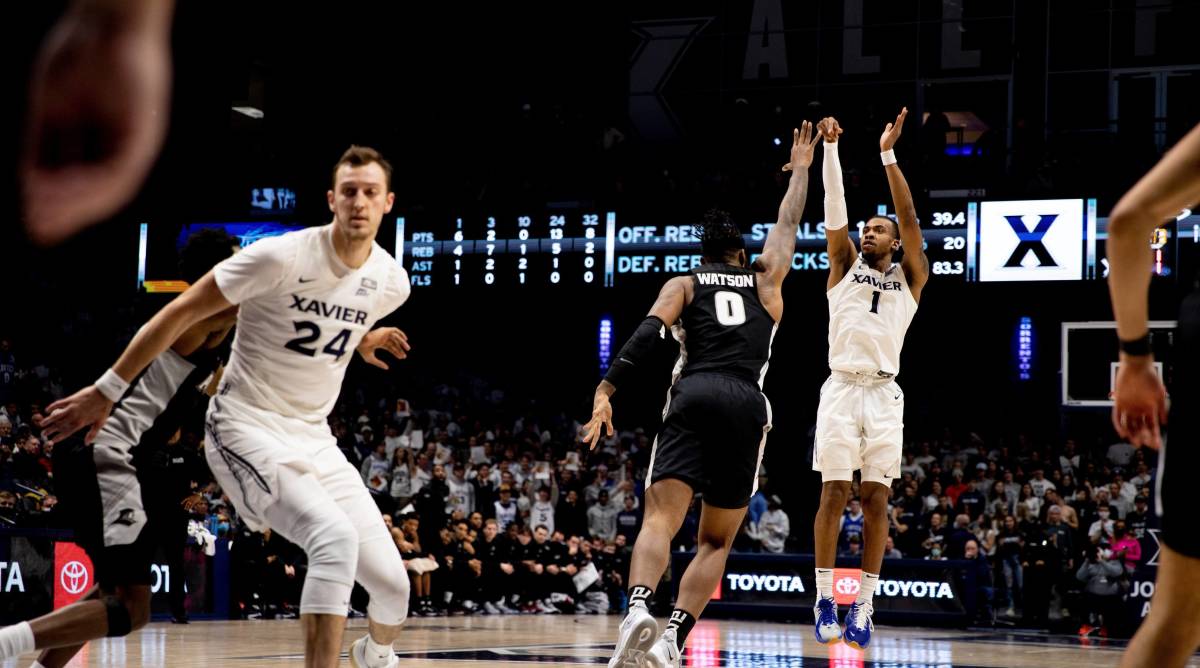 With 2:43 left and Xavier leading Providence 66–63, the roof at the Dunkin’ Donuts Center in Providence began to leak, causing a delay.

According to Providence Athletic Director Bob Driscoll, who spoke to CBS Sports Network’s Sherree Burruss, there was “standing water” on the roof of the stadium which caused a leak above one of the free throw lines. Driscoll mentioned they put fans on the roof to try and dry it out and stop the leak.

Providence, Rhode Island experienced a record-high temperature of 69 degrees on Wednesday, but it dropped all the way down to the mid 30s after sunset. That drastic change in temperature may have caused condensation to collect on the roof.

After a short delay, the Friars and Musketeer continued play a tightly-contested matchup that went into overtime.

This is not the first time the Dunkin’ Donuts Center has dealt with floor condensation. A game between Providence and Seton Hall on Feb. 21, 2018 was suspended until the following morning because record high temperatures in Providence and an ice hockey rink under the basketball court led to an “unplayable floor.”

That game was resumed at noon the following day at Alumni Hall, home of Providence’s women’s college basketball team.

Wednesday’s game was able to continue, but the wacky delay sure made for a bizarre moment in the midst of an intense matchup.