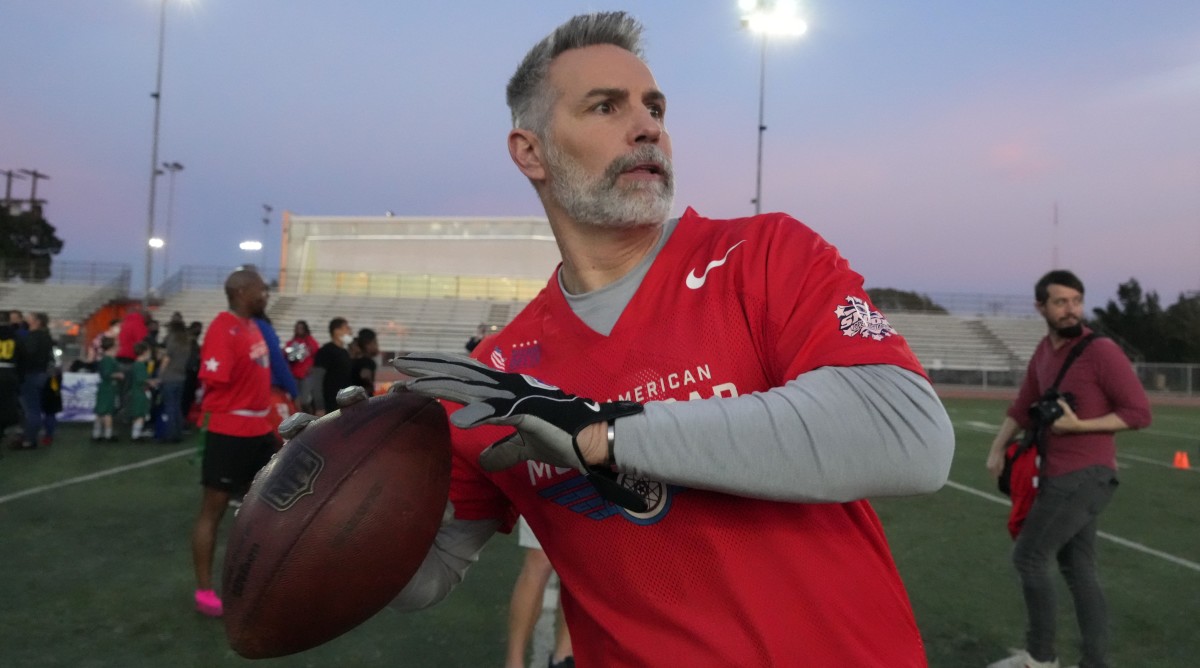 Hall of Famer Kurt Warner didn’t seem to take to Titans quarterback Ryan Tannehill’s comments about mentorship on Tuesday after the team selected rookie Malik Willis in the third round of the 2022 NFL draft.

Warner, who came into the league as an undrafted free agent, took to Twitter to say that he didn’t understand the mentality that some players in the NFL have about mentoring their younger teammates.

“I will never understand the ‘I’m not here to mentor the next guy’ mentality… so for all you young QBs that need a mentor, DM me and I’ll be that guy, happy to help in any way I can!” Warner wrote.

Warner’s comments come in the wake of a press conference given by Tannehill in which he said he doesn’t think it’s his job to mentor Willis, who could be competing for the Titans’ starting job in the coming years. He did add that he has “no problems” with Willis and that it would be “great” if the incoming rookie learns from him along the way.

“We’re competing against each other, we’re watching the same tape, we’re doing the same drills,” Tannehill explained on Tuesday. “I don’t think it’s my job to mentor him, but if he learns from me along the way, then that’s a great thing.”

Tannehill, who’s started under center for Tennessee in the last three seasons, revealed during the same press conference that the Titans did not inform him that they planned to take Willis prior to making the pick. Despite being unaware of the franchise’s intentions, the veteran quarterback shared that he called the team’s new rookie immediately after the selection was announced.

In his three years with the AFC South franchise, Tannehill has played well and posted an impressive 30–13 record as the team’s starter. In 2021, he completed 67.2% of his passes for 3,734 yards, 21 touchdowns and 14 interceptions.

Despite Tannehill’s steady play, the Titans have signaled that they are preparing for the future at the quarterback position by picking Willis.

For more Tennessee Titans coverage, go to All Titans