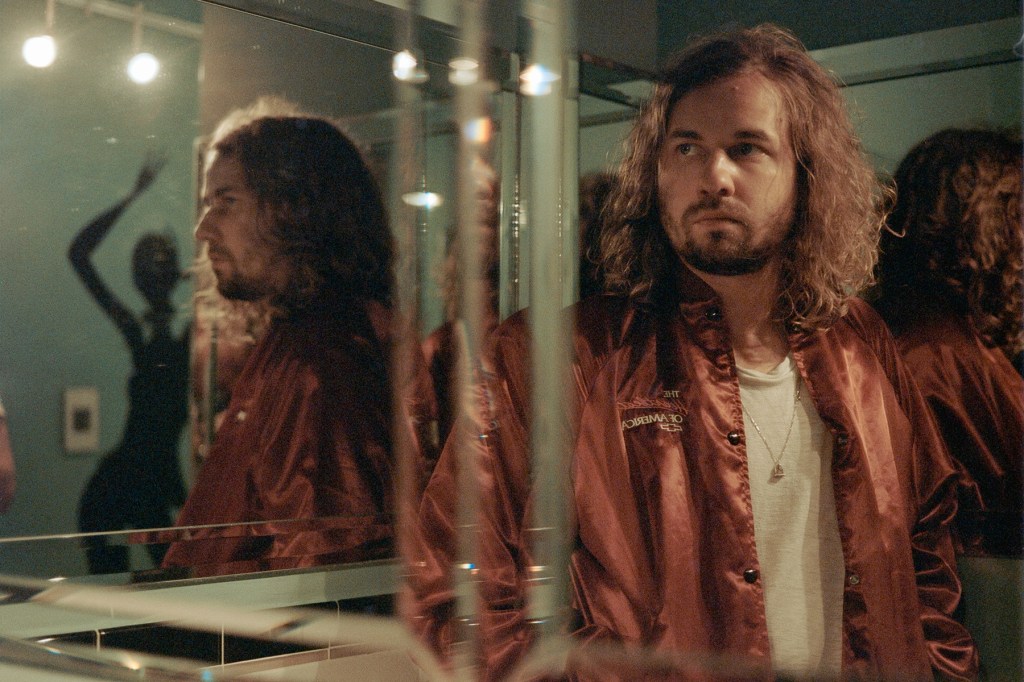 The latest offering from Kevin Morby’s This Is a Photograph is the beautiful music video for “Bittersweet, TN,” the singer’s solemn duet with Tennessee singer-songwriter Erin Rae. Filmed outside of Nashville, the video finds Rae and Morby separately wandering a variety of landscapes.

Watching the bucolic video, there would be no way to know that the video had been interrupted by a nearby shooting scare.

“I generally don’t like making music videos, but I was really enjoying this one,” Morby tells Rolling Stone. “Suddenly, though, a helicopter started circling over us…We got word that there had been some sort of school shooting and the shooter was nearby in the woods and we needed to hide…After about a half hour they caught the gunman, the helicopters took off and we were able to resume [filming].”

The dark circumstances were perhaps appropriate for “Bittersweet, TN,” a highlight of Morby’s latest LP that deals with topics like mortality set to a gorgeous, banjo-driven melody. The scare, Morby writes, “felt bizarrely fitting..another sobering display of the juxtaposition between America’s beauty living right next to its terror.”

“Bittersweet, TN” began as a simple chord progression that inspired the singer-songwriter to write what he described as “an ode to time as if it were a person or a physical object.”

After Morby wrote the song, which features Rae singing lead vocals on the first verse, he knew early on that she was the perfect collaborator for his Volunteer State noir. “She was so perfect for [the song] and set the scene…better than I ever could,” he tells Rolling Stone.

In making the song a duet, Morby “ also wanted to set the scene for two people who hadn’t seen one another in a long while to have a cheers to time as if they were celebrating an old friend,” he writes. “In writing and recording the song, that is effectively what Erin and I get to do for eternity. Cheers one another, to time.”