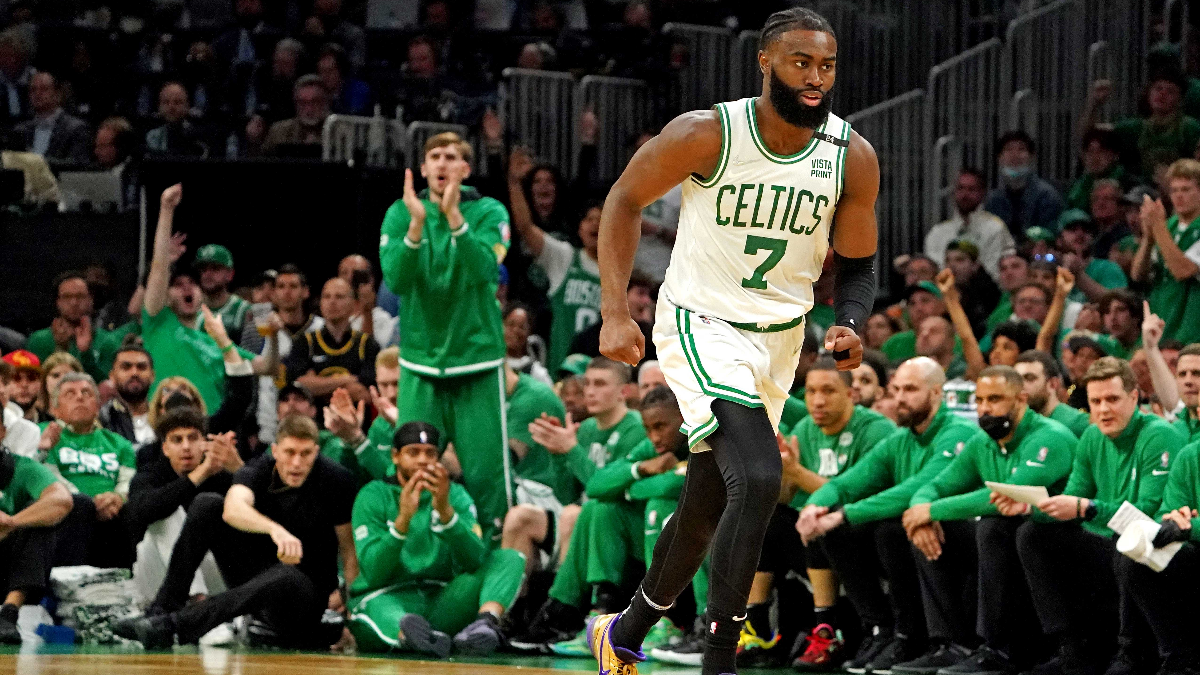 Former Boston Celtics center and now current ESPN NBA analyst Kendrick Perkins never shies away from an opportunity to insert his two cents into any NBA-related discussion — regardless of how critical or controversial the take may be.

Perkins, a household name in the sports media realm, chimed in about the rumored Celtics trade offer made to the Brooklyn Nets — as reported by Shams Charania — involving Jaylen Brown and Kevin Durant during an installment of ESPN’s “Swagu & Perk.”

“Jaylen underappreciated Brown, who was the best player in the NBA Finals for the Boston Celtics. I’ll tell you that (expletive) much. He didn’t disappear when it got tough,” Perkins said. “Here’s the problem that I have, Swagu… they gonna have to trade Jaylen Brown, because I feel like as of right now, the trust has been broken.”

The 14-year former NBA veteran then shared a conversation he had with former Celtics president of basketball operations Danny Ainge. Perkins relayed how the two discussed Ainge having the opportunity of swapping Brown for an at the time disgruntled James Harden, who sought a route out of Houston.

Many, including Brown’s teammate Jayson Tatum, have inserted their two cents on the rumor as well.