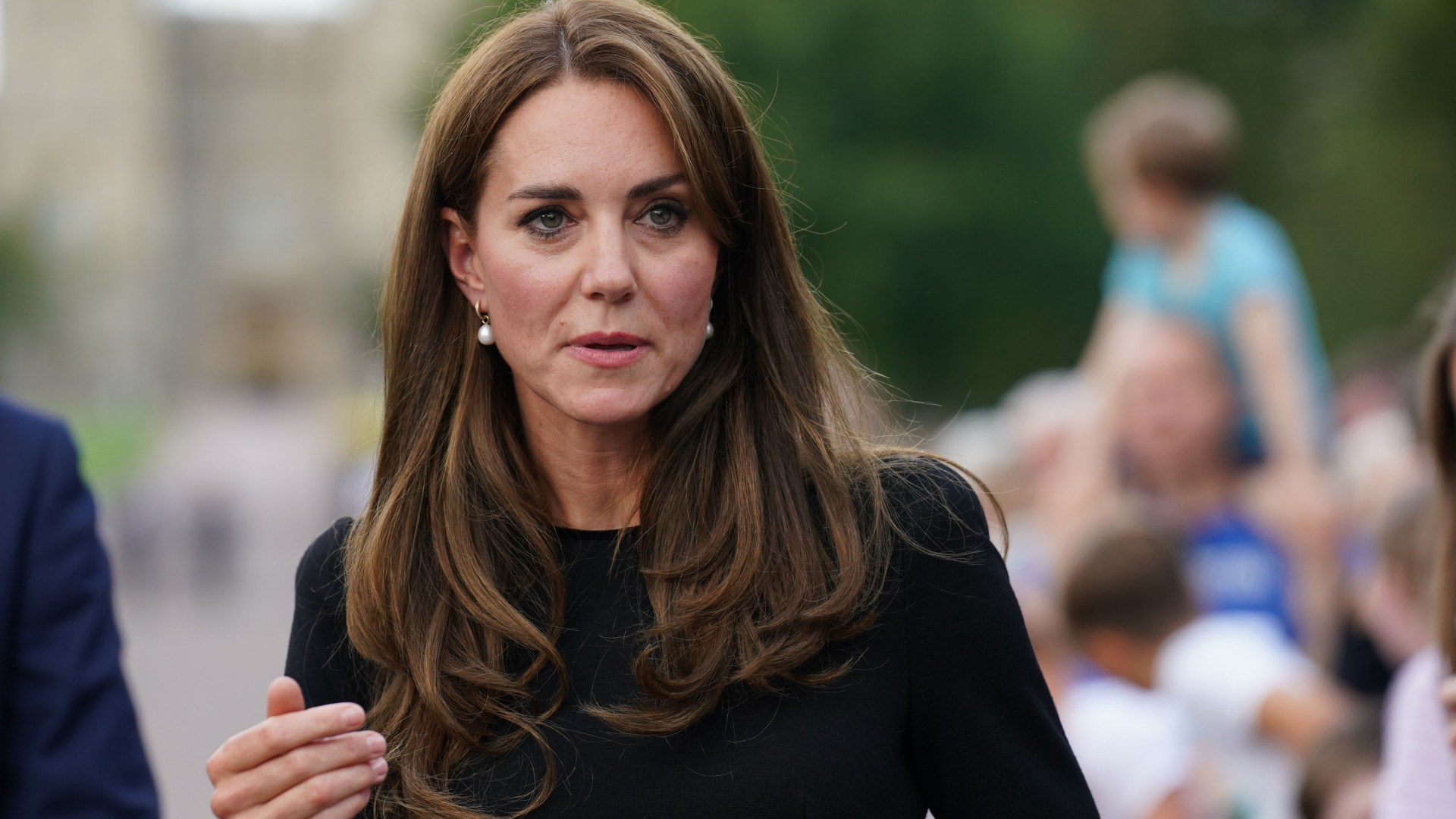 The newly-appointed Prince and Princess of Wales were joined by the Duke and Duchess of Sussex as they made their way through the crowds of mourning members of the public.

Royal mum-of-three Kate was seen in a black dress that fell below her knees, and her iconic brunette mane appeared to have been highlighted with lighter shades.

Last month, the Duchess of Cornwall and Cambridge was seen at a Commonwealth Games event with darker locks.

The brothers put aside their differences as the four inspected flowers outside Windsor Castle.

A senior Palace source said: “The Prince of Wales invited the Duke and Duchess of Sussex to join him and the Princess of Wales earlier.

“The Prince of Wales thought it was an important show of unity for the Queen at an incredibly difficult time for the family.”

William’s olive branch was delivered, and accepted, less than an hour before the “Fab Four” gathered outside Windsor Castle.

Only William and Kate — newly appointed Prince and Princess of Wales — were expected to meet the public from 4.30pm.

But the walkabout was delayed until 5.15pm to include Harry and Meghan.

The brothers had barely spoken for 2½ years after the Sussexes left for the US.

And it was the first time the couples have been seen in public as a foursome since Commonwealth Day in March 2020.

The Duchess of Sussex also held his hand as they stepped out the car at Windsor Castle to greet crowds of mourners.

THE nation is in mourning after beloved Queen Elizabeth dies aged 96 – here is all you need to know about Her Majesty’s glorious life and what’s next.

And Harry also put his hand around his wife in a separate moment this evening as they shared in the outpouring of grief.

They met crowds of mourners with Kate and William, speaking with them and collecting flowers from them.

One young child gave Prince William a small cuddly Paddington Bear. The children’s character gave a touching tribute to the Queen on Thursday.

Meghan also smiled as she was handed several bouquets of flowers.

During the visit, Kate revealed son Louis’ poignant reaction after she told him the Queen had died, a well-wisher said.

The new Princess of Wales’ four-year-old is said to have remarked: “At least granny is with great grandpa now.”