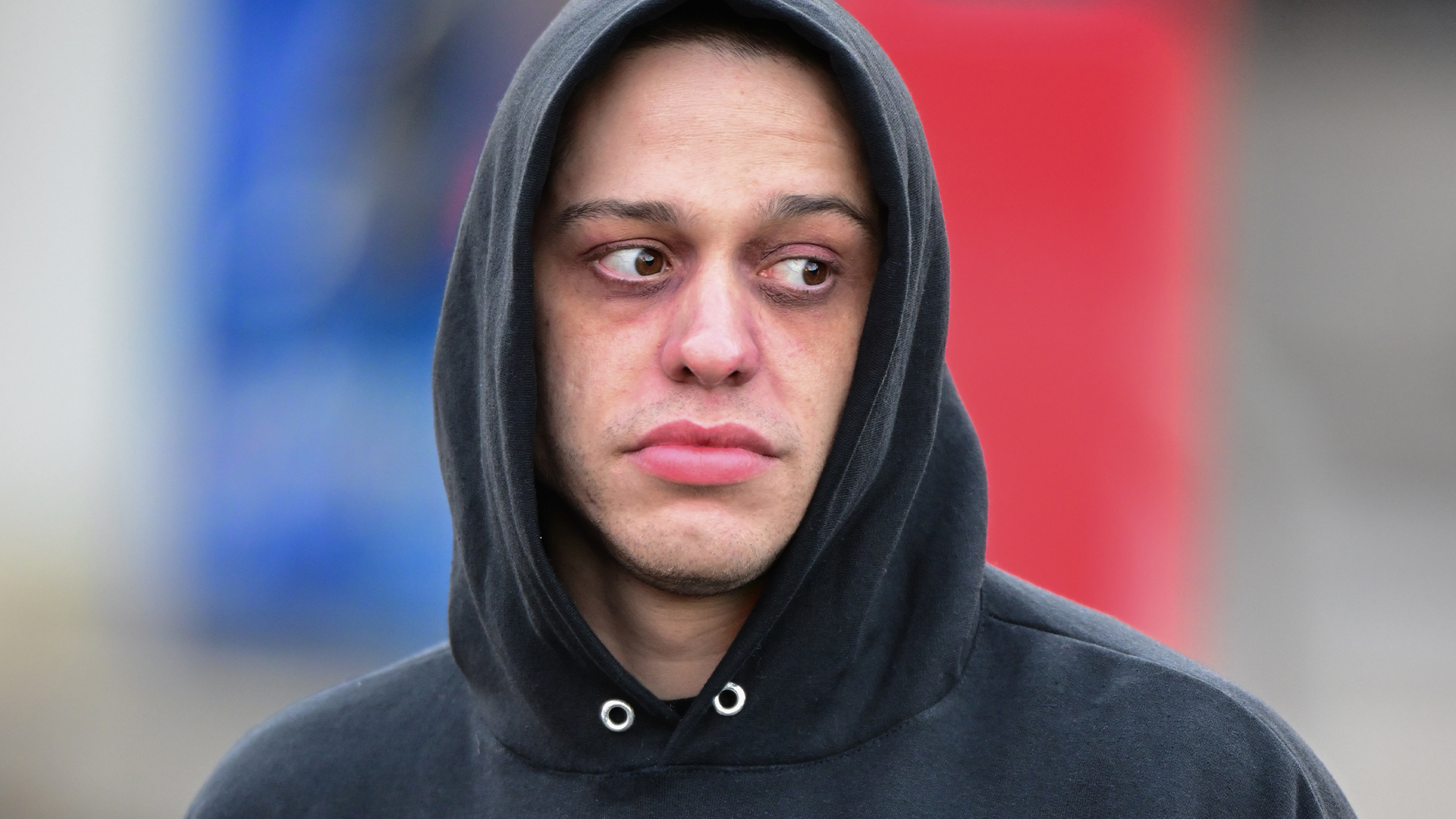 KIM Kardashian and Pete Davidson have fans convinced that they broke up for good as a new theory emerges.

Rumors of their possible split have continued to circulate as the pair have been spending more time apart for work obligations.

While many are rooting for Kim and Pete’s romance, others believe a break-up may be on the horizon.

One social media user started the conversation in an online thread, predicting that the couple would split sometime this year.

Another agreed, speculating that Kim and Pete would “break up after he gets back from Australia,” where he has been filming a movie.

A third user also didn’t believe the lovebirds would last, commenting: “Kim and Pete are definitely breaking up soon. [I] didn’t really buy them as a real couple, but then even if they really are, I never expected them to last very long, not even till the end of this year.”

Meanwhile, others think their relationship will only progress as one wrote: “The next six months are going to be very telling for Kete. I feel like big things are going to happen, in which direction I’m not sure.

“I have this gut feeling, based on nothing concrete, that as soon as the custody arrangements are sorted with the kids and Kanye, things are going to progress fast,” they added.

Kim, 41, is currently undergoing a nasty custody battle with her ex-husband, Kanye West, 45.

Another fan chimed in with their thoughts on Kim and Pete’s future: “Once Pete is finished filming in Australia and heads back to LA or New York, we will start getting reports about possible surrogacy talks.

“And if they celebrate their anniversary this year, we will get a post from Kim announcing their engagement or them moving in together,” they added.

However, the pair’s long separation has worried fans that they’ve already parted ways.

An earlier online thread questioned the fate of their relationship as one wrote: “Anyone else getting the feeling that Pete being in Australia, Kim jaunting everywhere— that they’re on a break?

They continued: “I know the distance is due to working but idk…I just wonder if this is [the] precursor to ‘our schedules are too complicated,’ ‘timing is bad, etc., etc.”

“Yeah, I’m sure you’re right. I just feel like this is inevitable. Lol,” a second agreed.

Kim has not posted photos with Pete since their romantic tropical vacation to Cairns.

The SNL star has been down under to film his upcoming movie, Wizards, while his reality star girlfriend has been busy walking in Paris fashion week.

The pair will have to wait even longer to reunite due to an unexpected delay in the comic’s filming schedule.

Shooting for the film was due to wrap on August 3; however, there was a slight change in plans after a crew member tested positive for COVID.

The new completion date is August 11.

A source exclusively told The Sun: “Filming on Wizards has been delayed by a crew member getting Covid.

“Pete is OK, but the filming was delayed by a few days, which means it will be more time until he sees Kim.

“He’s been getting very bored and is upset that bars and restaurants close by 10pm in Cairns.

“Until now, the extras were not wearing masks, but now they have to when not filming.”

The Sun has reached out to reps for Kim and Pete for comment.

As The Sun exclusively revealed, Kim, 41, traveled to Australia earlier this month to spend time with her 28-year-old beau.

The reality superstar flew on her private jet to be with Pete in Northern Queensland before leaving again on July 19.

The couple was not spotted out, and an insider revealed to The Sun at the time: “She has said she intends to stay with Pete in his room at the resort he’s staying at, and not do much else!

“She’s told the team with her, ‘Don’t expect to see much of me for a couple of days!’”

Kim and Pete’s long-distance romance has also fueled rumors of a reconciliation with her ex-Kanye.

Fans have noticed many online clues in recent weeks showing that the exes may be back together.

On Monday, fans thought Kim dropped a major hint of a reunion after she posted a photo of artwork created by James Turrell, whom Kanye has famously collaborated with.

She’s also been following Haj, also known as Vizuel, who previously joined forces with the rapper for a project.