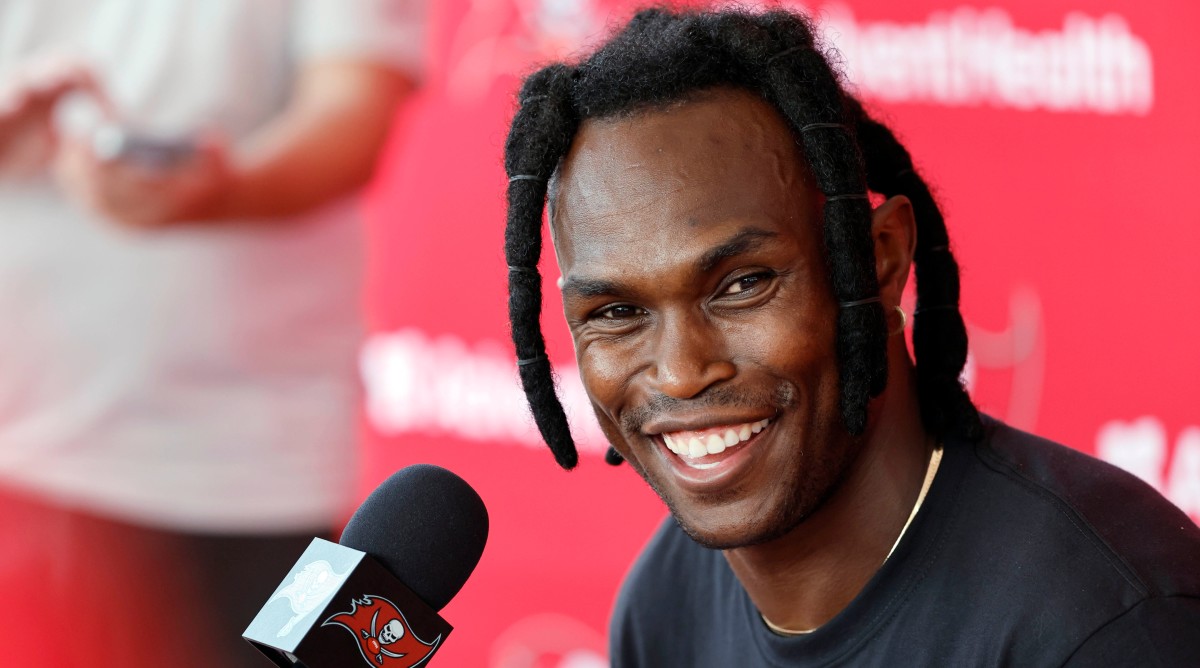 Upon signing, the terms of Jones’s contract became available. According to NFL Network’s Ian Rapoport, the 33-year-old wideout agreed to a one-year deal, worth $6 million in base salary with a potential maximum value of $8 million.

Jones spent last season with the Titans after spending a decade with the Falcons, the team with whom he began his career back in 2011. He played in 10 games in Tennessee, totaling 31 catches for 434 yards and one score—all of which were career lows.

Despite a down year in ’21, Jones was previously among the most productive receivers in the league. A seven-time Pro Bowler, the former first-round pick led the league in receiving yards twice (in ’15 and ’18) and averaged over 100 catches per season from ’14 to ’19. He earned first-team All-Pro selections in ’15 and ’16, and received second-team nods from ’17 to ’19.

Jones will join a receiving corps in Tampa Bay led by fellow Pro Bowlers Mike Evans and Chris Godwin. The trio will team up to catch passes from Brady, who’s coming off of another strong year (5,316 passing yards and 43 touchdowns) at the age of 44.