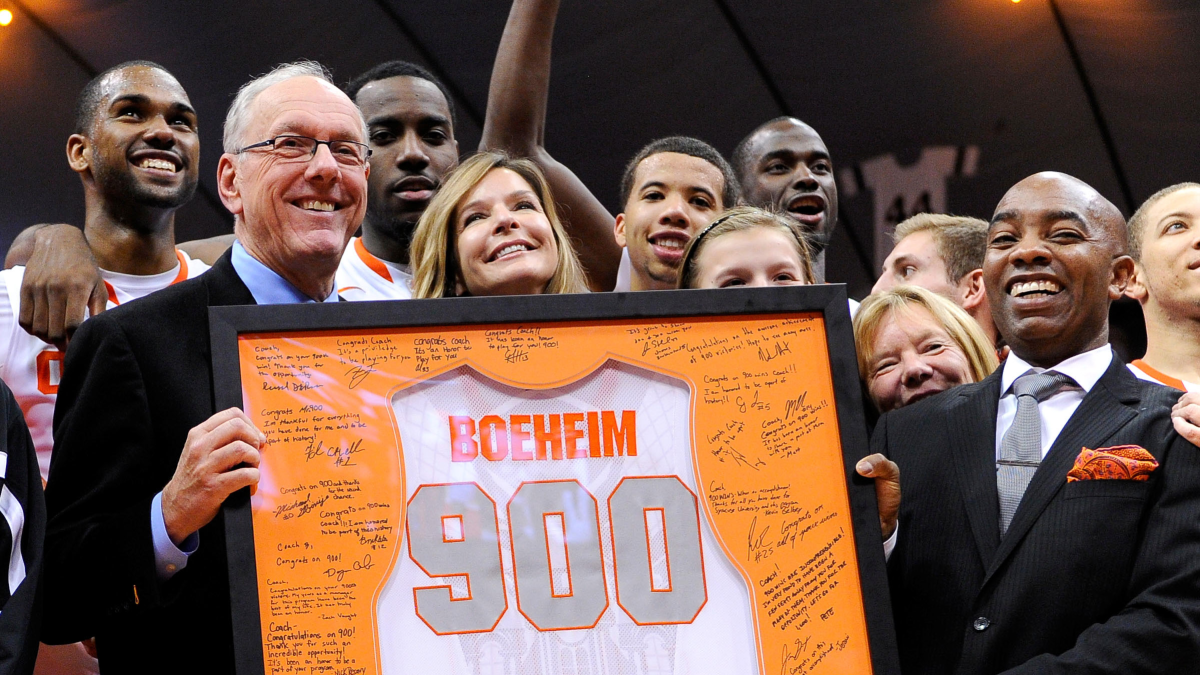 Juli Boeheim, the wife of Syracuse men’s basketball coach Jim Boeheim, was robbed at gunpoint on Tuesday in the parking lot of Destiny USA—a shopping mall—in Syracuse, according to Syracuse.com.

The robbery took place around 2:08 p.m. when a man started a conversation with Boeheim while she was sitting in her car near a Cheesecake Factory entrance, according to the Syracuse Police Department. From there, the male suspect pulled out a gun as he reached inside the car to grab her purse.

Per WSYR-TV in Syracuse, the man took Boeheim’s purse and entered another car with two other people and drove way. Boeheim was not injured in the robbery but SPD says the investigation is ongoing.

Boeheim is the co-founder of the Jim and Juli Boeheim Foundation. The Boeheims have been married since 1997 and have three kids, Jimmy—who began his college career at Cornell—and Buddy Boeheim, who current play for Syracuse. Their daughter, Jamie, played one season for the University of Rochester women’s basketball team.