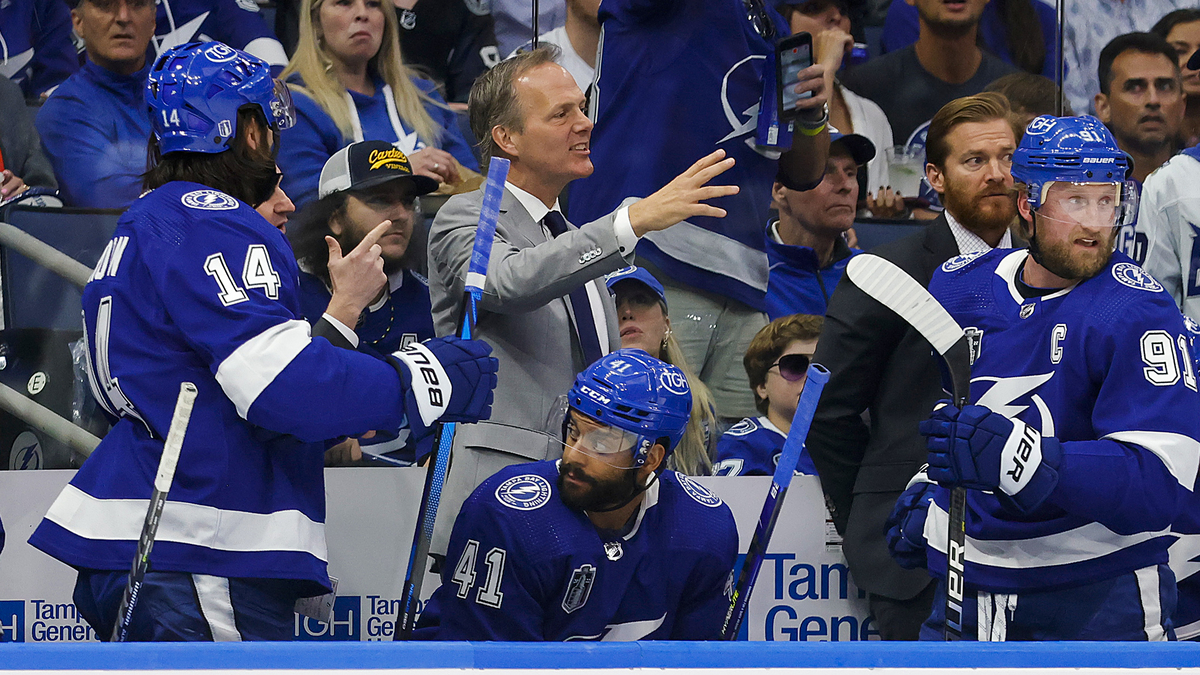 Jon Cooper must have had a good night’s sleep.

The Lightning coach was incredibly emotional after Tampa Bay’s Game 4 loss to the Colorado Avalanche to push his team to the brink of elimination in the Stanley Cup Final.

Cooper was upset about the Avs having too many men on the ice when Nazem Kadri scored the game-winner in overtime and believed the officials missed the call. The Bolts head coach answered just one question and was nearly moved to tears before leaving his postgame media availability.

But he’s ready to move on as the Lightning prepare for a must-win Game 5.

“It’s funny because you’re in an emotional game and I find it odd they got that wide open in the play, but there’s nothing you can really (do) from our angle on the bench and the reviewing whether the puck’s in the net,” Cooper told reporters Thursday, per SportsNet. “So the only way I can find out is I have to go back in the room and look at the tape. So you do and you have to face all of you after an emotional loss.

“So I apologize for (Wednesday) night because that’s what you get when you have to speak to the media right away. What’s great about today is that it’s not yesterday. Now I’ve got some excitement for Game 5 and that’s where my mind’s turning on how to win that. Nothing we can do to turn back. They missed it. It’s unfortunate but it’s water under the bridge now. Should be a helluva Game 5.”

Game 5 is set for Friday in Denver as the Avs look to hoist their first Stanley Cup since 2001.