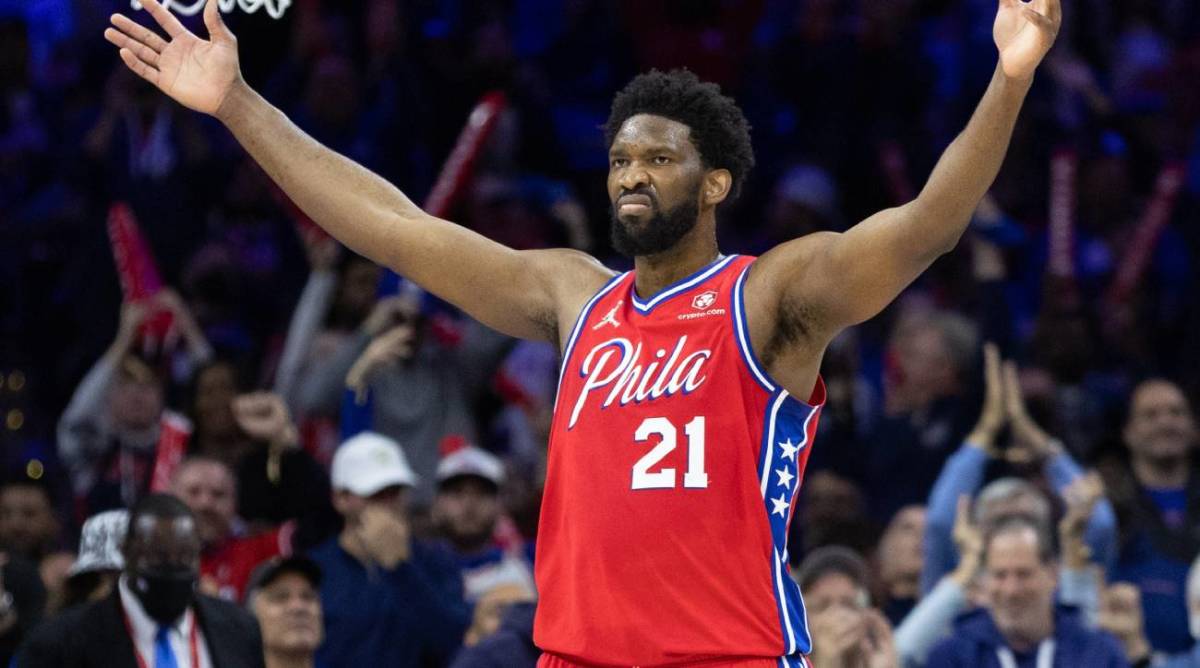 The 76ers took a 2–0 series lead over the Raptors Monday night, and Joel Embiid made sure to let Nick Nurse hear all about it.

The MVP candidate, fresh off a 31-point outing, candidly revealed to reporters the context of a postgame, on-court conversation with Nurse after the Sixers’ Game 2 win. The NBA champion coach has been noticeably vocal about the officiating since Saturday’s opener.

“He’s a great coach, obviously,” Embiid began, “I’ve always been a big fan but I told him, you know, respectfully told him to, ‘Stop b_______g about calls,’ because I saw what he said last game.”

Embiid’s comments were in reference to various remarks made by Nurse criticizing the refs’ officiating of the big man in Game 1. The seven-footer shot 9-of-11 from the free-throw line in a 131–111 win.

“If we’re legal defensively, we’ve gotta have a call, or we don’t have a chance,” the former COY said, per 590 The Fan. “Nobody can guard that guy if they’re gonna let him run you over.”

Embiid, one of the NBA’s most efficient high-volume free-throw shooters, has already attempted 25 shots at the charity stripe through two games, converting 21 in total. Should Embiid maintain a volume and level of efficiency similar to the regular season, Nurse will likely have a lot more to say to the refs moving forward as the ailing Raptors make adjustments.