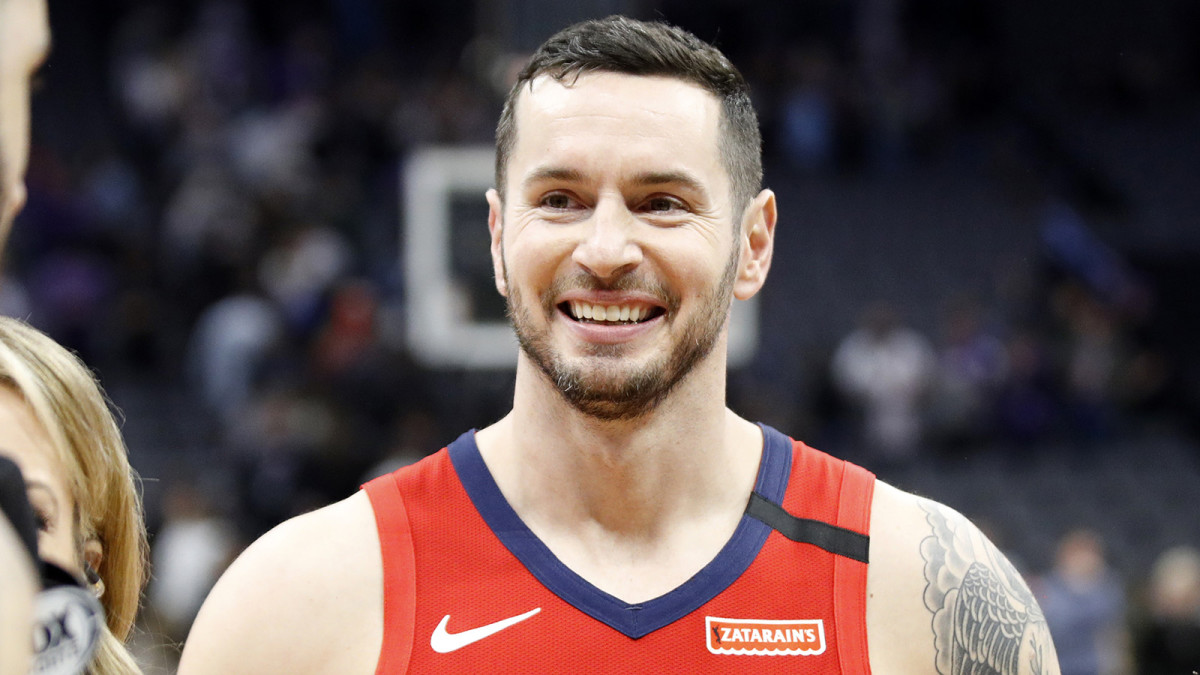 In the summer of 2015 Redick, the No. 11 pick from the 2006 NBA Draft and then one of the NBA’s premier sharpshooters, was approached by then-Yahoo reporter Adrian Wojnarowski about possibly writing for his new NBA site “The Vertical.” Redick, in the middle of his memorable tenure with the Clippers, didn’t think he would have time to write first-person essays while also balancing his playing career and personal life. In October of that year, Wojnarowski approached him again, this time with the idea of hosting a podcast.

“I didn’t know anything about the podcast industry,” Redick told SI over the phone earlier this month. “My wife recommended Serial, which was in the middle of season one at the time. I was like, ‘This doesn’t seem like something I could do.’”

After discussing the idea with his agent, Redick eventually decided to give podcasting a go, starting with a weekly show in February 2016, largely centered around interviews with NBA players and coaches. After 40 episodes (and a second child with his wife), Redick was feeling burnt out and put his podcast career on brief hold. The next summer, Redick met Tommy Alter—a superproducer whose credits include The Shop on HBO as well as the popular talk show Desus & Mero—who suggested he host a podcast for The Ringer.

Redick hosted a show for three seasons with the sports and pop culture website, two by himself and the third with Alter. In August 2020, they decided to spin off the show into their own production company, in part so Redick could own his content. Since then, Redick and Alter have been hosting The Old Man and the Three for ThreeFourTwo Productions. (Redick announced his retirement from the NBA in 2021.)

“I’m glad we did it, it’s been a ton of fun,” Redick says. “I’m blown away by the people who listen to every episode, I’m so grateful for them. It’s been really rewarding to be able to have these conversations I enjoy doing and build an audience.”

Redick says now he would “go crazy” without his weekly pod, which has given him something to do since hanging up his jumper for good before this season. In his conversation with SI, Redick discussed if his teams ever pushed back on his podcast while he played, the relationship between athletes and the media, and more.

Sports Illustrated: I’m genuinely jealous of every episode, because I know no NBA player will be as comfortable with me in an interview setting. Something I’ve always wondered—you mentioned you started this show while trying to win a championship. Did you ever get any pushback? Were teams or coaches ever like, what are you doing? Why now?

JJ Redick: Never. Didn’t get any pushback from the Clippers, 76ers, or Pelicans. In fact, we had on Swin Cash, front office with the Pelicans. I had on [Clippers owner] Steve Ballmer. I had on [Clippers president] Lawrence Frank. I had on Elton Brand while he was the GM of the Sixers, like literally no pushback. It’s funny because, you know, there’s executives, owners in the NBA who will reach out to me after certain episodes, “Hey, loved listening to this, blah, blah, blah.” So there’s people even at that level who listen to the podcast.

I said on my very first episode, I wouldn’t do this if I felt like it was distracting me or taking away from my time as a player. I mean, I think anybody—and this is why I think there was no pushback—anybody who’s been around me during my career knew how seriously I took basketball. It was always my first priority. And there was nothing that was going to stop me from getting my work done. And it wasn’t like I was recording a podcast the day of a game instead of taking my pregame nap or was rushing to do a podcast and not getting my recovery. After practice, I always took care of my basketball stuff first. And that’s why there wasn’t any pushback. The teams knew that. They knew how I approached it.

SI: Forgive me if this question is a little cliché, but I would love to hear your thoughts. There’s obviously a level of comfort people have on your podcast. What do you make of the modern landscape of the relationship between players and the media? Do you think your podcast is filling a gap?

Redick: I don’t know that my podcast fills a gap. I would say the change that occurred during my career is that players want more control over the narrative around their career, their celebrity, their philanthropy. They just want more control of their story. And there’s probably inherently a level of distrust at times between players in the media. But again, I said this so many times during my career, the media—there’s always bad actors in anything. The media is doing their job. The media is filling a gap and a need and a role. And it is a part of what makes our game so great and a part of what makes our game so popular. We tend to highlight bad actors or bad relationships amongst certain players and certain members of the media. But by and large, I think the synergy and the coexisting is working.

My podcast, I look at it sort of as its own sort of entity, because it’s not traditional media, but it provides content for traditional media. Tommy said it best when we first started doing it together, like, we’re Switzerland, we’re neutral. I feel uncomfortable sometimes when something I say becomes some clickbait headline that gets aggregated. It’s not our intent ever in doing an episode. We try to humanize the story around what makes this player or this executive or this golfer, whoever it may be. We try to humanize and say what is it that is unique and incredible about the story of their talent. So ultimately, yes, it’s a conversational podcast, but in a way we are telling this person’s story.

SI: Knowing that you were kind of having success doing this podcast, did that make it almost easier to retire for you? Or are the two not related at all?

Redick: No one’s ever asked me that before! And the answer is no. [Laughs] And again, I think the reason I don’t get asked that by friends or people in the league, is because—I hope it showed—but I loved playing. That was my first love of my life. And it’s something that I did for 30 years. Basketball became so ingrained in my identity and my ego structure, and it brought me so much joy. It brought me amazing friendships. It allowed me to travel the world and be exposed to different things. It was such a driving force of my life. It was so hard to give up.

But you know, I never thought “I got this podcast to fall back on.” I never thought that. It was like, do I want to give up this thing that I’ve loved doing for so long? And what are the consequences if I do give it up? And what are the consequences if I continue to try and play and continue to try to pursue a championship? That was the decision, and it wasn’t anything to do with a podcast.

Redick: It’s a question I’ve asked myself for seven years now since I turned 30 and Knox was born. You start realizing that the end is going to come and you get in the second half of your career, and you start thinking about, what is it I want to do? How do I want to spend my time? What other work do I want to pursue? And I’ll be completely frank, my mindset—and it was this way as a player looking at retirement and it is six months into retirement—I’m open and I want to just do things that I enjoy.

And I go back to the thing I said at the beginning, the really rewarding thing with the podcast has been building an audience, building a community and building a group of people that listen and are in on the jokes. And you’re building something that people are responding to. So that to me has been really fun.