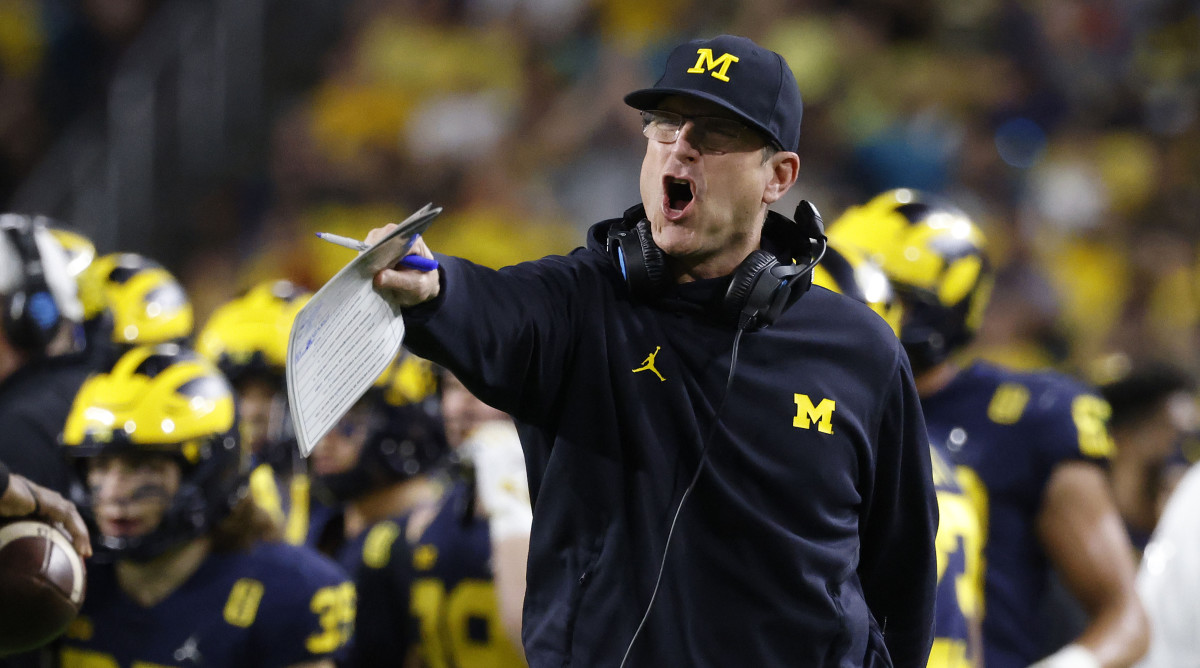 Jim Harbaugh is reportedly returning to Michigan in 2022, but not after a brief dalliance with the NFL.

Harbaugh received multiple interviews for the Vikings coaching vacancy, including one in-person on Wednesday, and it was believed he would take the job if offered. But it appears as though an offer was never given.

“The Vikings did not make an offer to Harbaugh before he left Minnesota, something he was expecting when he left Ann Arbor,” The Athletic’s Nick Baumgardner and Bruce Feldman wrote Thursday. “The situation between Harbaugh and the Vikings seemed to take a turn mid-afternoon but it wasn’t clear what caused it.”

Harbaugh will now return to college football, where he will look to bring Michigan to the College Football Playoff for the second straight year. He previously led the 49ers from 2011-14, going 44–19–1 with an appearance in Super Bowl XLVIII.

The Vikings are expected to hire Rams offensive coordinator Kevin O’Connell as their next head coach. Minnesota fired former coach Mike Zimmer in January after he posted a 72–56–1 record across eight years with the franchise.