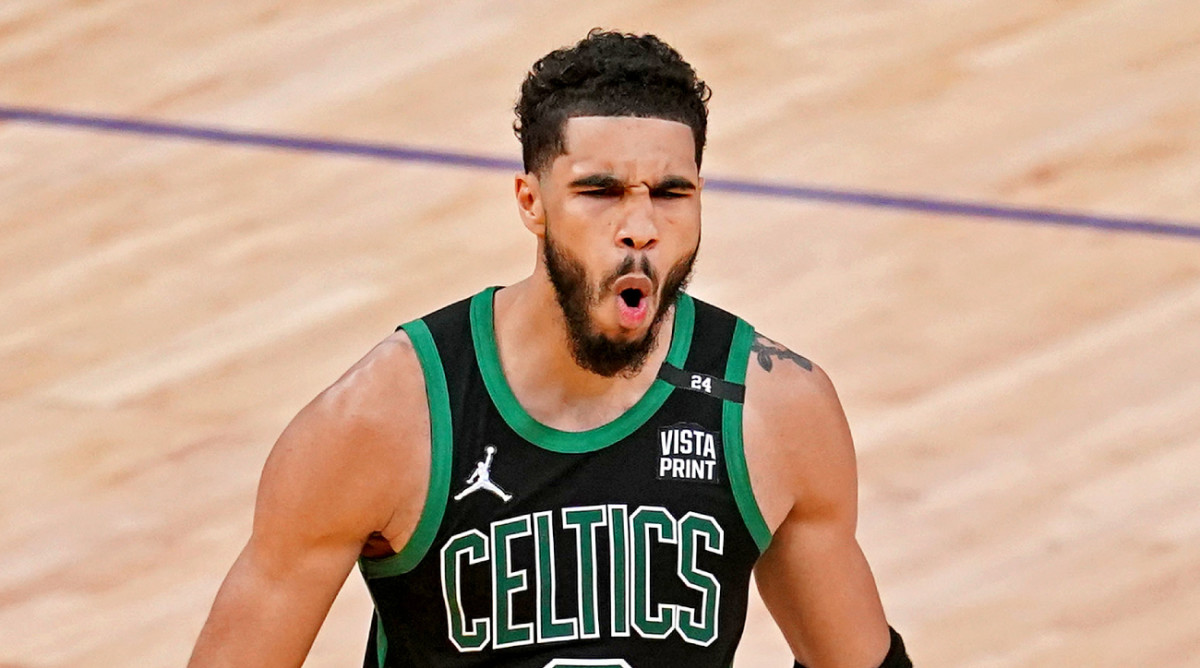 Jayson Tatum made sure to let the kids at a local basketball camp near Boston know that he wasn’t going easy on them.

On Saturday, the Celtics star helped out at a camp in Foxborough and went up against some brave kids. In one video, the 24-year-old was defending a young player and gave him a few chances to shoot the ball. However, after a while, Tatum began blocking the shots. At the end of the countdown, he even took the ball and made a layup of his own.

The same kid tried his best to block the 6’8” superstar, but had no luck.

A few other kids had the chance to go up against Tatum. One young girl, Gary Washburn of the Boston Globe reported, cried after missing her shot against the Celtics forward. Tatum made sure to turn her spirits around by putting his arm around her and checking in on her during the photo session.