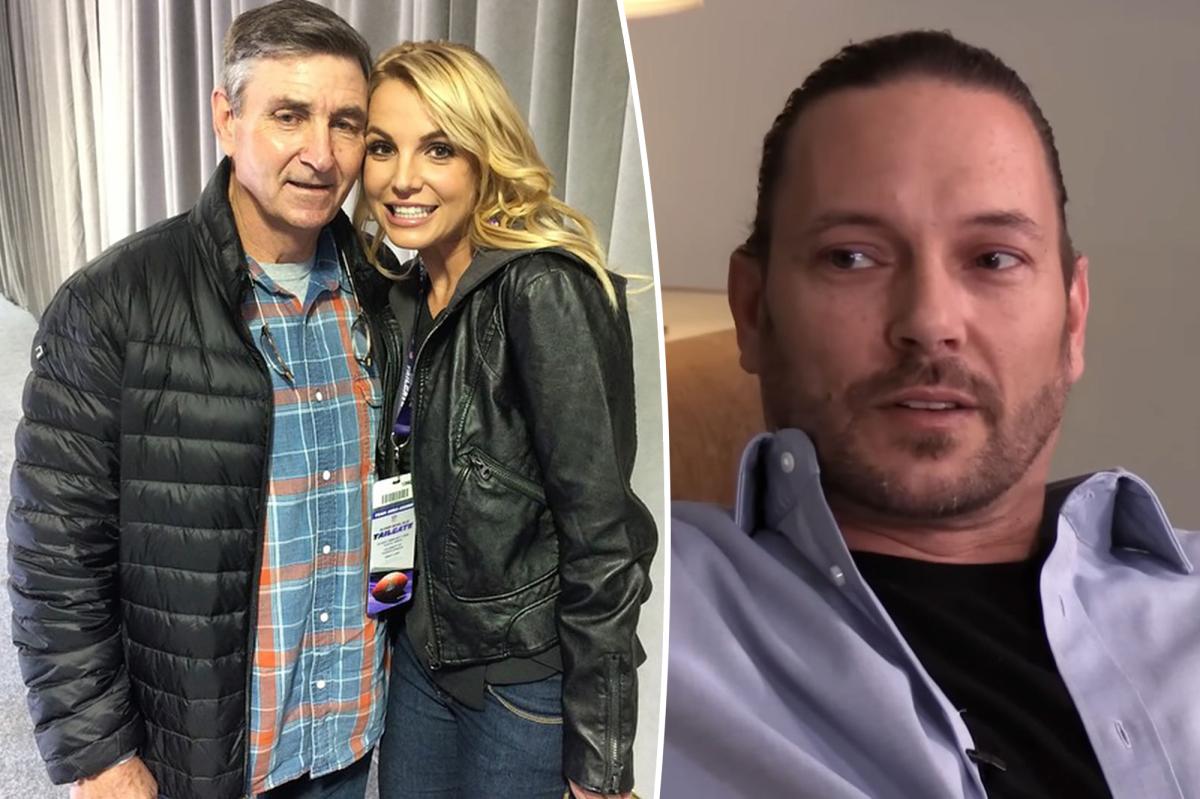 In a bombshell interview with “60 Minutes Australia,” the singer’s ex-husband was asked whether the conservatorship “saved” Britney’s life, to which he responded, “100%,” adding, “I feel like he [Jamie] saved her back then.”

Federline — who shares sons Sean Preston, 16, and Jayden, 15, with Britney — said he was not involved in Jamie’s decision to put the “Toxic” singer under the legal arrangement.

“I wasn’t involved in any of it, so I really don’t know how the conservatorship came about. I don’t know whose decision it was,” he shared.

“All I know is, you have a family that is worried about their daughter and trying to do whatever they can to help her.”

The former backup dancer also revealed that Sean Preston and Jayden were thrilled when their mom’s 13-year conservatorship officially came to an end in November 2021.

“Both of them were so happy for her, you know? Because it’s not always about what’s right. It’s about this is what [she] wanted, you know, [she] got,” Federline, 44, explained.

However, Federline went on to claim that his kids ultimately decided to spend time apart from Britney, 40.

“The boys have decided that they’re not seeing her right now,” Federline continued. “It’s been a few months since they’ve actually seen her.”

Jayden, who also appeared in the segment, expressed how he believed that his grandfather was only trying to help his mom.

“He was trying to be like any father, like, pursue his daughter’s dream of being a superstar, working and doing all these concerts and performing,” Jayden alleged. “But I think some people are just, like, ceasing to realize how much he cares about her.”

The teen also gave insight into why he and his brother decided not to attend Britney’s wedding to Sam Asghari in June.

“I’m really happy for them. But, like, I mean … She didn’t invite the whole family, and then if it was going to be me and Preston, like, I don’t see how that situation would have ended on good terms,” Jayden said.

Britney’s estranged family members – including her dad, mom Lynne Spears and sister Jamie Lynn Spears – were also not in attendance for the nuptials.

Federline hasn’t been shy about airing out family drama recently. He revealed earlier this month that their kids haven’t seen Britney in six months.

He also posted private videos of Britney allegedly yelling at her sons to his Instagram, only to delete the posts hours later.

“I can not sit back and let my sons be accused in this way after what they’ve been through. As much as it hurts us, we decided as a family to post these videos,” Federline captioned the video at the time.

Sources exclusively told Page Six that Federline and their kids were worried about Britney’s mental health. Jayden even shared in an interview that he believed Britney “struggled” to give him and Preston “attention” and “equal love.”

Britney responded via Instagram, saying it deeply saddened her to discover Jayden’s “outcry of saying I wasn’t up to his expectations of a mother.”

In another post, shared Monday, Britney said, “Do you guys want me to get better so I can continue to give your dad $40,000 a month?..Or is the reasoning behind you guys deciding to be hateful is because it’s actually over in two years and you don’t get anything?”