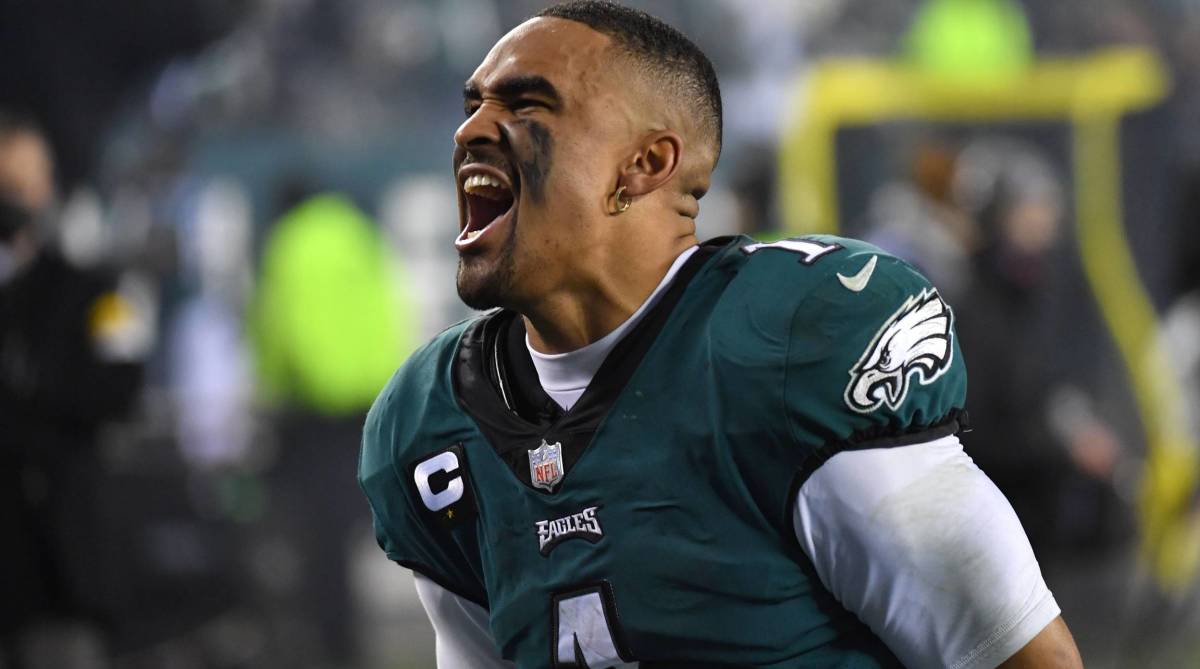 The biggest move of NFL draft weekend wasn’t even a draft pick, as the Eagles traded for wide receiver A.J. Brown and signed him to a four-year extension shortly thereafter. The move was another sign that Philadelphia is committed to quarterback Jalen Hurts, at least for another year.

Brown already said Hurts helped push for this trade to happen, further showing where Hurts stands on the team.

“It’s understood. It’s my opportunity, It’s my team. It’s pretty much what it is. My team, so I’m ready to go,” Hurts told the media on Wednesday.

Philadelphia’s quarterback is excited to have a chance to throw to Brown, who joins DeVonta Smith at the top of Philadelphia’s receiver depth chart. Hurts mentioned he has been impressed with Brown dating back to the wideout’s time at Ole Miss.

“He’s always been an excellent player since I’ve known him in college,” Hurts said. “He’s a great addition to a great receiving room we have now and I’m excited.”

Hurts said that season combined with this offseason should give fans hope of what is to come.

“I think this is an exciting time to be an Eagle,” Hurts said. “One thing I’ve been telling the guys is the foundation has been set, the standard has been set, and the only direction is to climb.”