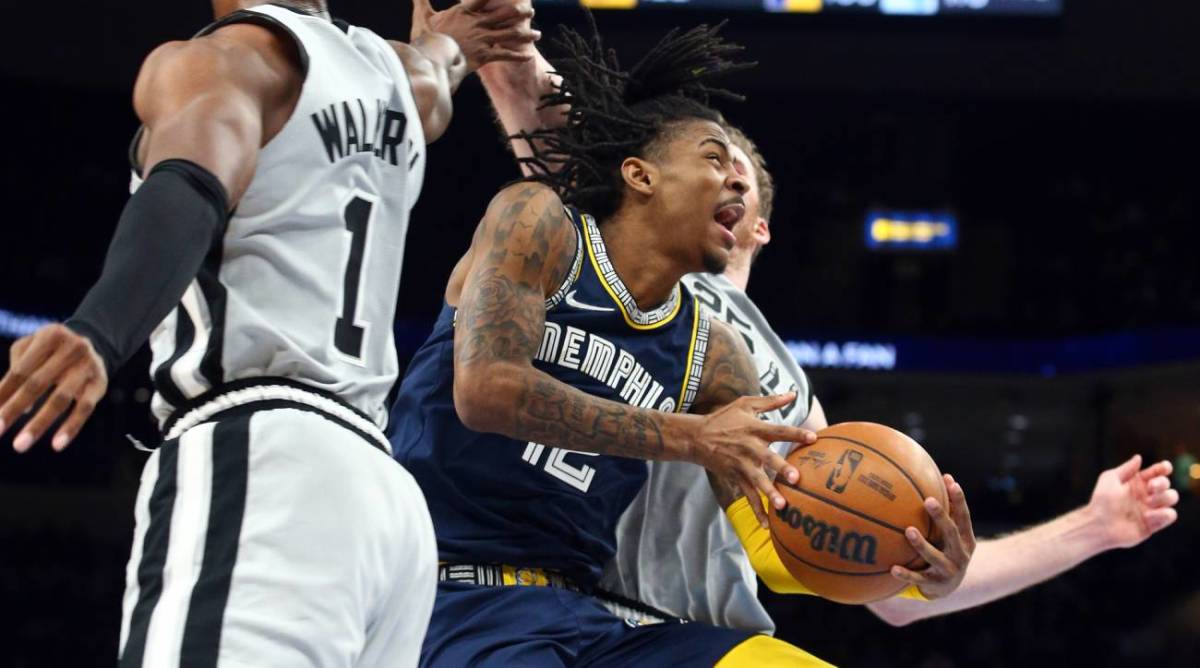 The dynamic All-Star guard dropped a career-best 52 points in Monday night’s 118-105 home win over the Spurs, topping a career-high 46-point performance against the Bulls that made him the talk of NBA Twitter two nights ago.

The first-time All-Star, who also contributed seven rebounds and two assists, capped his big night with a special post-game interview with his daughter.

Morant’s explosive encore to last Saturday’s performance added yet another impressive set of clips to his impressive Year 3 sizzle reel.

The 22-year-old brought it early and often against the Dejounte Murray-led Spurs, pacing Memphis to its 33rd win of the season to put the Grizzlies just one game behind the Warriors for second place in the Western Conference.

Two of Morant’s most memorable plays of the night came in the second quarter. First, the explosive guard delivered this monstrous dunk against Spurs center Jakob Poetl.

Morant would follow the sensational play with this absurd buzzer beater just before halftime:

Morant’s second-quarter theatrics underscored what was yet another masterful showing; the 22-year-old finished the night shooting 22-for-30 from the floor and 4-for-4 from three.

In addition to setting his new career high, Morant’s 52 points set a new franchise record and marks the first 50-point game in Grizzlies history. His 22 made field goals also set a franchise record.

Memphis (43–20) next travels to Boston (36–27) for a Thursday night clash against Jayson Tatum and the Celtics.