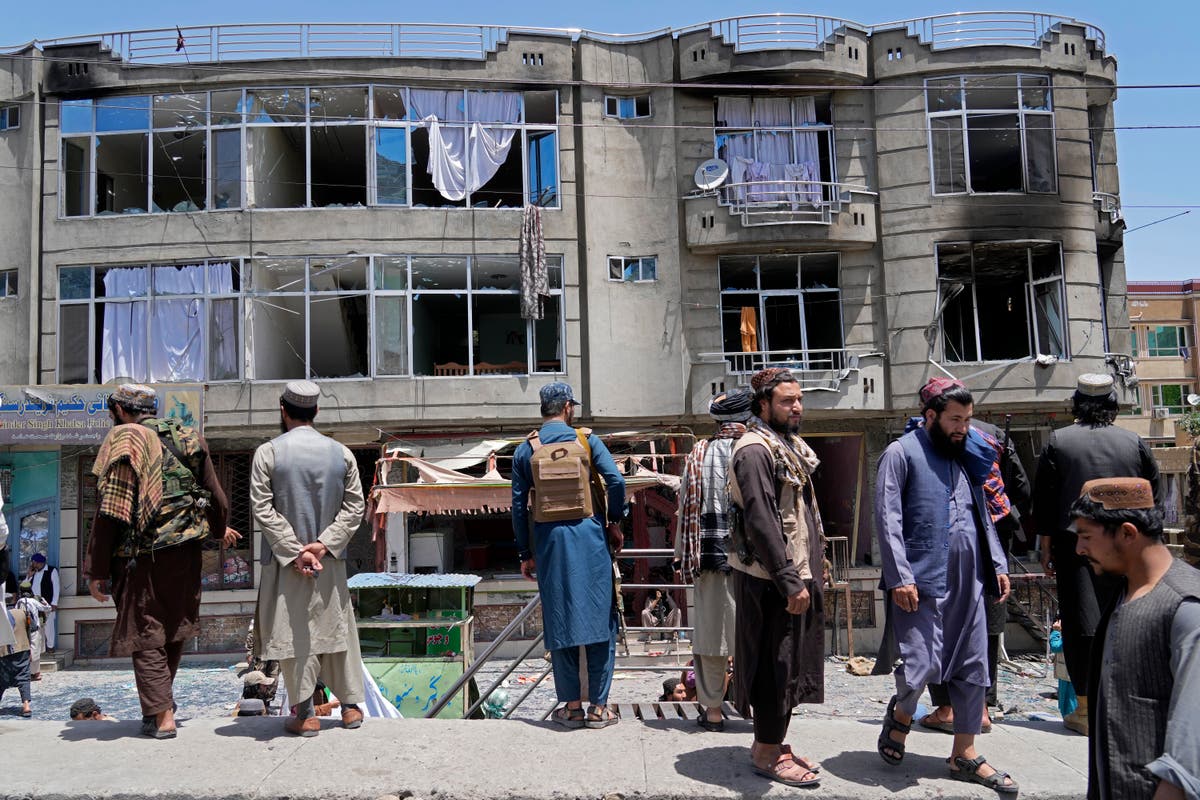 An Isis affiliate has claimed responsibility for the attack on a Sikh temple in Afghanistan’s capital Kabul on Saturday that killed at least two people and injured seven.

Isis-K wrote on Telegram that the attack was “an act of revenge” following insults made by an Indian politician about the prophet Muhammad.

Bharatiya Janata Party spokesperson Nupur Sharma, who has now been removed from her role, made inflammatory comments about the prophet during an appearance on a television news channel on 26 May.

The remarks sparked a diplomatic row between India and several of its Muslim-majority trade partners across Asia and the Middle East, forcing prime minister Narendra Modi’s party to take action against Ms Sharma, who was suspended from the party.

Media chief Naveen Jindal – who also made derogatory comments about Islam and the prophet on Twitter – was expelled following a mounting diplomatic backlash.

Isis-K said in its Telegram post that its suicide bomber Abu Muhammad al-Tajik entered the gurdwara in Kabul after throwing a hand grenade at a security guard on Saturday.

“Armed with a rifle, pistol, and hand grenades, he proceeded to shoot [the worshippers inside the temple]”, they wrote.

The organisation also claimed that their clash with Taliban fighters who were trying to reach the temple had lasted for three hours, and that al-Tajik had died during those exchanges.

Khalid Zadran, a spokesperson for the Kabul police chief, said a gunfight between authorities and the attackers went on for hours. “The security forces were able to act quickly to control the attack and eliminate the attackers in a short period of time to prevent further casualties,” he said.

“The IEA [Islamic Emirate of Afghanistan] strongly condemns the targeting of the Hindu shrine in Kabul by the enemies of the Afghan people,” Taliban spokesperson Zabihullah Mujahid said, referring to the attack. “The IEA expresses its condolences to the families of the victims, and assures that serious measures will be taken to identify and punish the perpetrators of this crime.”

Isis-K has recently increased its attacks on mosques and religious minorities across Afghanistan.

The Isis affiliate, which has been operating in Afghanistan since 2014, is seen as the greatest security challenge facing the country’s Taliban rulers.

Since seizing power in Kabul and elsewhere in the country in August 2021, the Taliban have launched a sweeping crackdown against Isis in eastern Afghanistan.

In March 2020, a lone Isis gunman rampaged through a Sikh temple in Kabul, killing 25 worshippers including a child, and wounding eight others. As many as 80 worshippers were trapped inside the gurdwara as the gunman lobbed grenades and fired an automatic rifle into the crowd. The gunman held a number of people hostage for several hours.