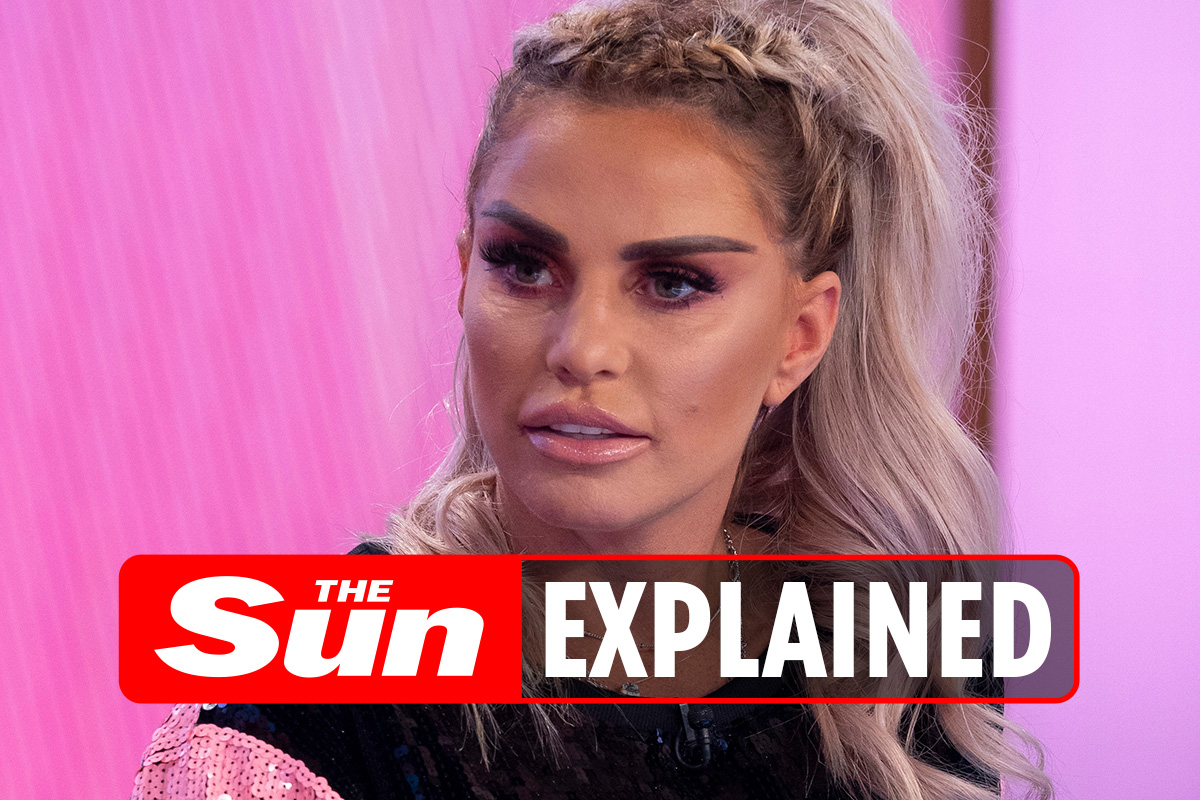 KATIE Price is facing further legal trouble in 2022 and could be hauled off to jail after she was arrested.

The 43-year-old has reportedly found herself on the wrong side of the law again after a turbulent 12 months.

Is Katie Price going to jail?

The reality star could be heading to jail after being arrested while still on licence for her drink-drive shame.

Katie controversially swerved spending Christmas behind bars back in December 2021 and was instead handed a 16-week suspended sentence spanning over a year.

A judge slammed her for believing she is “above the law” while driving when disqualified and without insurance, but couldn’t send her to prison because of a legal loophole.

Katie was travelling to see a pal because she was “lonely” when she overturned her BMW in Horsham, West Sussex, in September.

She was already banned from driving when she got behind the wheel after taking cocaine and downing vodka and lemonades.

Her driving ban was extended and she was given 100 hours of community service as well as being ordered to attend 20 rehab sessions after the case.

But she may now be recalled to prison after allegedly breaching her release conditions and a restraining order imposed five years ago by a judge.

Why was Katie Price arrested?

Katie was arrested on January 21, 2022, and quizzed by cops at Worthing police station.

It is understood she allegedly sent an abusive text to ex Kieran Hayler and his fiancee Michelle Penticost – breaching the court-imposed ban.

Katie was slapped with the five-year order in 2019 after she called Michelle a “f***ing c***” during a foul-mouth tirade at the school gates.

She was forbidden from contacting Michelle “directly or indirectly”.

At the time Katie described the court drama as “exaggerated nonsense” and wasn’t sorry because she “didn’t do anything that bad”.

But she pleaded guilty to using threatening and abusive words or behaviour likely to cause harassment, alarm or distress at Horsham Magistrates Court.

They split in early 2018 following numerous allegations of cheating.

Kieran is now engaged to Michelle and they share a baby son called Apollo.

What is a restraining order?

A restraining order prohibits someone from contacting you or attending your place of work and home address.

The court order, sanctioned by a judge, can be imposed if it is deemed the defendant is harassing someone.

It acts as a degree of protection for a victim and is a preventative measure to try any further intimidation or harassment.

Harassment is both a criminal offence and a civil action under the Protection from Harassment Act 1997.

The court can make an order or injunction ordering that the person harassing you must stop.

If they don’t, it becomes a criminal offence as they have breached a court order.