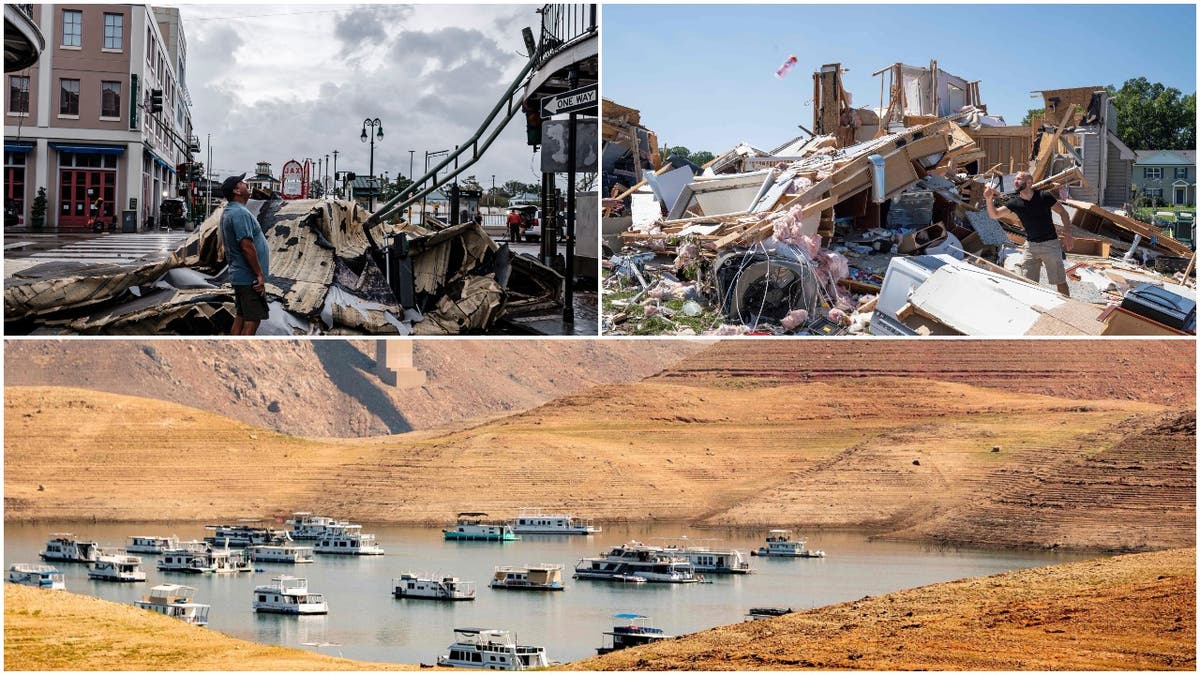 The Intergovernmental Panel on Climate Change has published the second chapter of its most sweeping assessment in seven years on the effects of global warming on Monday.

The 36-page summary report covers the impact of warming on biodiversity, economy, food security, health and mental health with a dire warning for rising extreme weather events. This report is believed to be the most worrying account yet on rising temperatures across the world.

Some of these damages are irreversible even at 1.5C of global warming. The report urges “concerted anticipatory global action” to avoid missing “a brief and rapidly closing window of opportunity to secure a liveable and sustainable future for all”.

Here are some of the key takeaways for Asian countries from the report.

Rising threat of heatwaves across Asia

Rising heat and humidity could drive the temperatures beyond the tolerance levels of humans if emissions are not cut down, the report warns, adding that the likelihood of the threat of heatwaves across Asia is set to increase.

Southeast and South Asian countries have already been witnessing extreme temperatures, however, the report warns that rising instances of heatwaves coupled with drought and fast urbanisation without climate sensitive planning will most severely impact the marginalised population.

Food security to be severely impacted

Increased floods and droughts, together with heat stress, will have an adverse impact on food availability and prices of food resulting in increased undernourishment in South and Southeast Asia, the IPCC report says with high confidence.

Global warming led extreme weather events will increasingly limit crop production if temperatures continue to rise, the report warns, adding that water scarcity could impact 40 per cent of people in India by 2050.

By the mid-21st Century, the international transboundary river basins of Amu Darya, Indus, Ganges could face severe water scarcity challenges due to climatic variability and changes acting as stress multipliers, the report adds.

Countries like India that are heavily reliant on agricultural production will see their rice and maize production fall while there will also be a decline in fisheries.

Glacier lake outburst flood (GLOF) will threaten the securities of the local and downstream communities in high mountain Asia, the IPCC report assesses.

It says with medium confidence that glacier melting in the Hindu Kush Himalaya region will intensify. Both the Ganges and Brahmaputra river basins will also see increased flooding as a result of climate change, particularly if warming passes 1.5 degrees Celsius.

By 2050, it is likely that 69 per cent of fundamental human infrastructure in the Pan Arctic will be at risk, the report states.

Sea-level rise will threaten people, land use patterns and infrastructure

Meanwhile, global sea levels will likely rise 44-76cm this century if governments meet their current emission-cutting pledges as per the report. With faster emissions cuts, the increase could be limited to 28-55cm.

As sea levels rise, more land will be submerged, flooded regularly, eroded, or become unsuitable for agriculture due to saltwater intrusion.

Climate change is increasing vector-borne and water-borne diseases, undernutrition, mental disorders and allergic diseases in Asia by increasing the hazards such as heatwaves, flooding and drought, air pollutants, in combination with more exposure and vulnerability, the IPCC report says.

In addition to all-cause mortality, deaths related to circulatory, respiratory, diabetic and infectious disease, as well as infant mortality are increased with high temperature, it adds.

Increases in heavy rain and temperature will increase the risk of diarrheal diseases, dengue fever and malaria in tropical and subtropical Asia. More frequent hot days and intense heat-waves will increase heat-related deaths in Asia.

Asian countries are experiencing a hotter summer climate, resulting in increase of energy demand for cooling at a rapid rate, together with the population growth, the report says.

Decrease in precipitation influences energy demand as well, as desalination, underground water pumping and other energyintensive methods are increasingly used for water supply.

Loss of ecosystem to intensify

Observed biodiversity or habitat loss of animals or plants was linked to climate change in some parts of Asia, the report says.