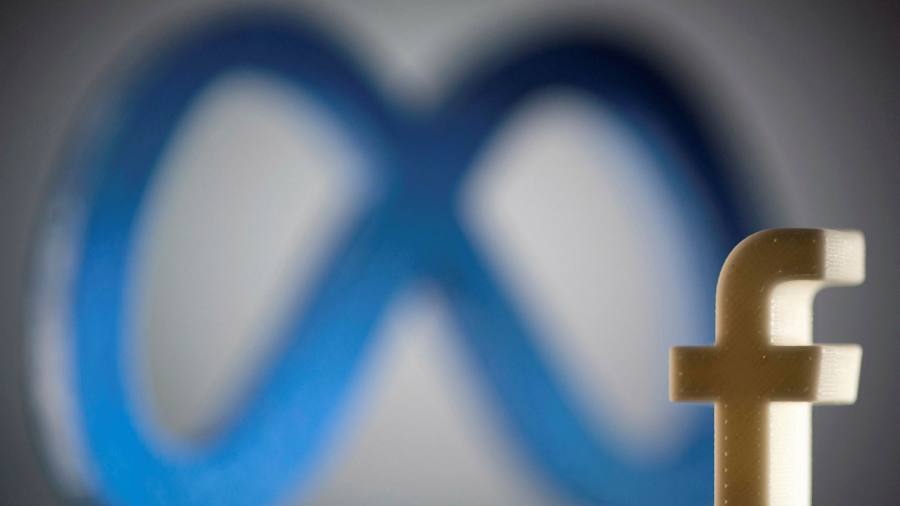 Investors wiped almost $200bn from the market valuation of Facebook owner Meta as it warned that its users were spending more time on newer rivals such as ByteDance’s TikTok.

Shares in the company plummeted more than 20 per cent in after-hours trading on Wednesday after Meta said it expected its first-quarter revenues to fall short of Wall Street expectations because of the “increasing competition”.

If the shares do not recover, it would be the worst day for the stock since the social media group listed in 2012 and one of the biggest one-day declines in a company’s market value on record.

“People have a lot of choices for how they want to spend their time, and apps like TikTok are growing very quickly,” Mark Zuckerberg, chief executive, warned on a call with analysts. The competition would put short-term pressure on Meta’s advertising business, he added.

The latest evidence that Meta was losing the “attention battle” to apps such as TikTok came a day after its rival, Google parent Alphabet, posted an unexpected surge in advertising revenue.

Whereas the Google owner has taken Apple’s recent privacy changes in its stride, Meta said it was still suffering from the new policies that make it harder to track users and target advertising.

Some tech companies have been under considerable pressure this year as investors grow jittery over signs of slowing growth and as the Federal Reserve prepares to tighten policy. The tech-heavy Nasdaq Composite index suffered its worst month in January since coronavirus first rocked financial markets in March 2020.

Late last month, Netflix shares slid by their most in almost a decade after the company’s guidance fell short of expectations. PayPal, which missed expectations on Tuesday, plunged almost 25 per cent the following day, slicing $51bn off the company’s valuation.

Meta’s fourth-quarter earnings at a glance

Spotify also posted a disappointing outlook for first-quarter subscriber growth on Wednesday, sending its shares down as much as 23 per cent in after-hours trading before they recovered to trade roughly 10 per cent lower.

Meta said it expected revenues in the first quarter of 2022 to be in the range of $27bn to $29bn, equivalent to between 3 and 11 per cent growth year on year.

That was below expectations for first-quarter revenue of $30.3bn, according to S&P Capital IQ, and would essentially be Facebook’s slowest growth period in its history, according to analysts.

Fourth-quarter profits were squeezed by its investment in a digital avatar-filled world known as the metaverse, as well as higher spending at its virtual and augmented reality technology arm.

On top of “increased competition for people’s time”, Meta blamed the poor performance on “a shift of engagement within our apps”. It said people were watching more short-form videos that brought in less money than the advertising appearing in its feed.

The social media company has struggled to maintain its edge with teenagers and younger users, while a string of privacy and moderation scandals have battered its reputation.

Zuckerberg last year announced that the company would be “retooling . . . to make serving young adults the north star”, with a focus on Reels, its TikTok clone.

Meta on Wednesday also warned that macroeconomic challenges such as inflation and supply chain disruptions were hitting advertisers’ budgets.

#techFT brings you news, comment and analysis on the big companies, technologies and issues shaping this fastest moving of sectors from specialists based around the world. Click here to get #techFT in your inbox.