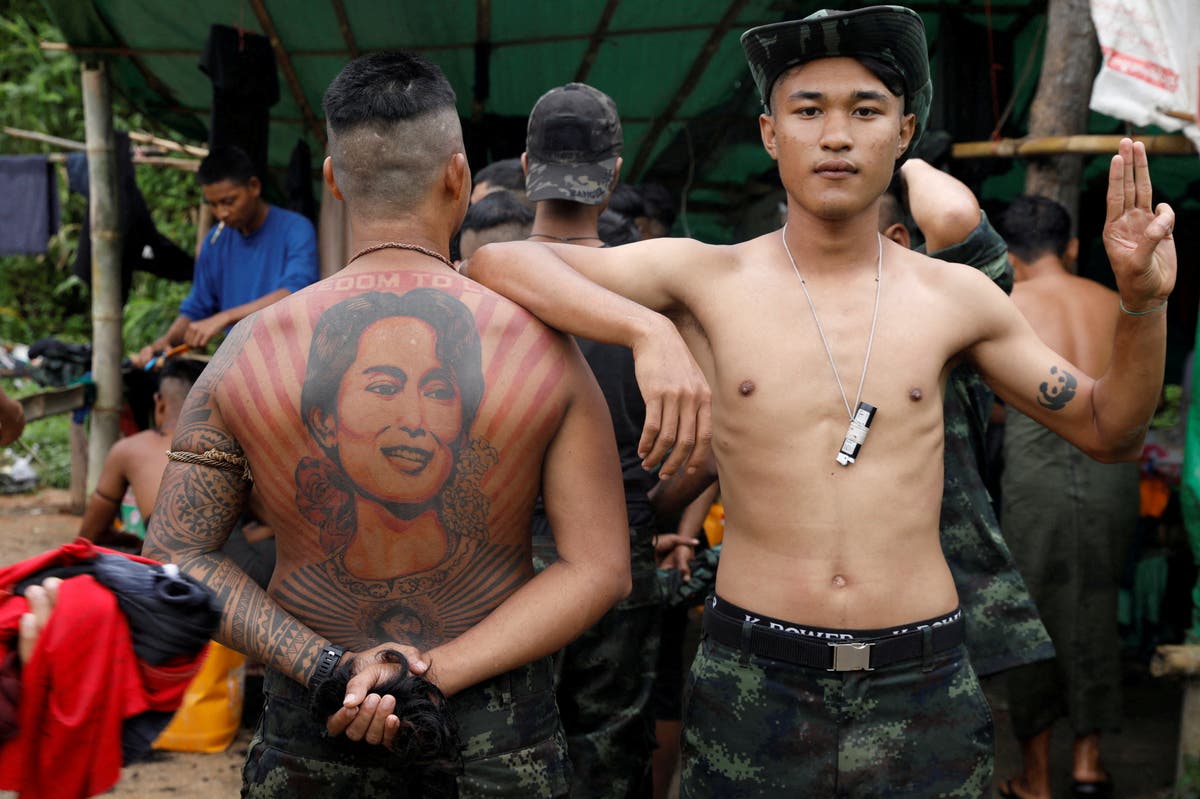 At a secret jungle camp in Myanmar’s eastern Karen state, a fitness coach and other civilians are training with armed ethnic guerrillas to fight back against the country’s military takeover.

Huddled under makeshift tents in remote hills near the Thai border, these new recruits learn how to load rifles and set detonators for homemade bombs as they prepare to battle the army behind the Feb 1 coup.

Reuters has obtained rare footage of young men and women who said they left jobs in the city to become guerrilla fighters, swapping branded T-shirts and colourful dresses for army fatigues.

The pictures and video were taken in September.

A spokesperson for Myanmar’s military government did not respond to a request for comment about the group and other civil defence forces around the country.

Some recruits said they took up arms because mass demonstrations in the wake of the coup failed to deter their new rulers, who waged a violent crackdown on protests.

“Taking up arms is the only option for us,” said a 34-year-old former fitness trainer, who did not want his name to be used.

Tattooed across his back were the words “Freedom to Lead” and the face of Myanmar’s ousted civilian leader Aung San Suu Kyi, detained during the coup and convicted this month of incitement and breaching coronavirus restrictions.

The ruling drew international condemnation. The junta said it showed that no one was above the law and that the judicial system “has no partiality”.

Training the soldiers is the Karen National Union, one of the country’s largest ethnic armed groups who expressed solidarity with the protesters and allowed thousands to seek shelter in their territories.

The KNU did not respond to requests for comment.

Hundreds of similar resistance groups have popped up across the country, a loose coalition of anti-coup armed rebels calling themselves People’s Defence Forces.

One training organiser, a former student activist, said there were more than 100 young civilians in his group training to fight, with new recruits arriving regularly. Reuters could not independently confirm this.

In the evenings would-be fighters sit around campfires playing guitars and violins,reminders of past lives.

The former trainer, shorn of the ponytail he wore when he arrived at the camp, said he feared fighting a 300,000-strong military force. But, he added, fighting back was the only way.

“I want to be proud of my death protecting my people,” he said.