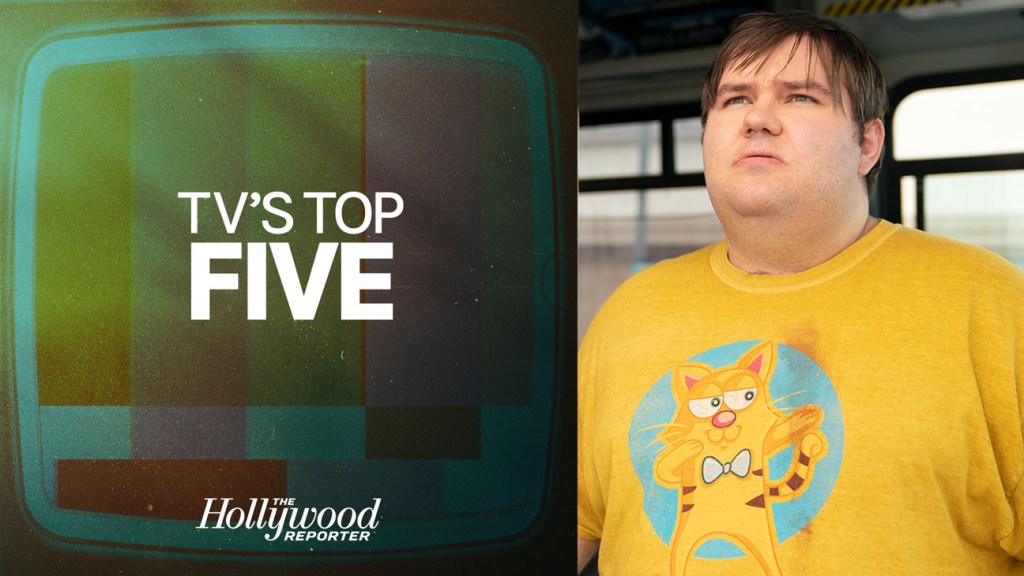 Welcome to the 154th episode of TV’s Top 5, The Hollywood Reporter’s TV podcast.

Every week, hosts Lesley Goldberg (West Coast TV editor) and Daniel Fienberg (chief TV critic) break down the latest TV news with context from the business and critical sides, welcome showrunners, executives and other guests, and provide a critical guide of what to watch (or skip, as the case may be).

This week’s episode covers an extremely busy week of TV news — Jeff Zucker! — and controversies — The Masked Singer, Whoopi Goldberg — plus interviews with two great and very different guests as we are joined by Mayim Bialik to discuss her Jeopardy experience and showrunner Jason Katims, who opens up about Amazon’s groundbreaking As We See It and his Friday Night Lights reunion with Connie Britton.

Here’s how the episode breaks down:

1. Headlines
Holy hell was this week busy with a lot of breaking TV news. In this segment, we cover the latest on Paramount+ and Paramount Network, look at The CW’s pilot crop, Dan weighs in on The View and Whoopi Goldberg’s suspension, a ton of new series orders and castings.

2. Jeff Zucker has left the building
THR media and business writer Alex Weprin has been all over the Zucker story and joins us this week to discuss what happened, the subsequent fall-out, the long-term impact on CNN and the WarnerMedia-Discovery merger and what’s next for the seasoned executive.

3. Mayim Bialik interview
We know TV’s Top 5 listeners love when we talk about Jeopardy, so we invited Mayim Bialik, the co-host of the syndicated series and upcoming host of ABC’s primetime college tourney, to join us for a sprawling conversation about Amy Schneider, the Mike Richards-led “guest host tryouts” and the subsequent drama that followed and how she feels about being under the media’s microscope. “My concern was on the impact of the Jeopardy brand,” she says. “It doesn’t need more drama than it already had to go through.”

4. Showrunner Spotlight
Friday Night Lights creator Jason Katims joins the show this week to discuss his new Amazon series, As We See It. The comedy breaks new ground for the portrayal of autism on television as well as representation as the show’s three central stars are all on the spectrum. Katims opens up about the casting process and the personal nature of the show as well as his hopes for its future. Additionally, Katims discusses for the first time his new Apple drama, Dear Edward, which reunites him with former FNL star Connie Britton. “I haven’t approached Connie [for work] since Friday Night Lights and would only approach her for a role I felt was something where she might find it juicy,” he says. “And I have fantasies about hiring Kyle [Chandler] in everything I do. Every writer does!”

5. Critic’s Corner
As usual, every episode ends with Dan offering his reviews of what to watch in the week ahead. In this episode, he reviews Netflix’s Murderville, Amazon’s Phat Tuesdays and Reacher as well as Apple’s Suspicion.

Hear it all now on TV’s Top 5. Be sure to subscribe to the podcast to never miss an episode. (Reviews welcome!) You can also email us with any topics or Mailbag questions you’d like addressed in future episodes at TVsTop5@THR.com.