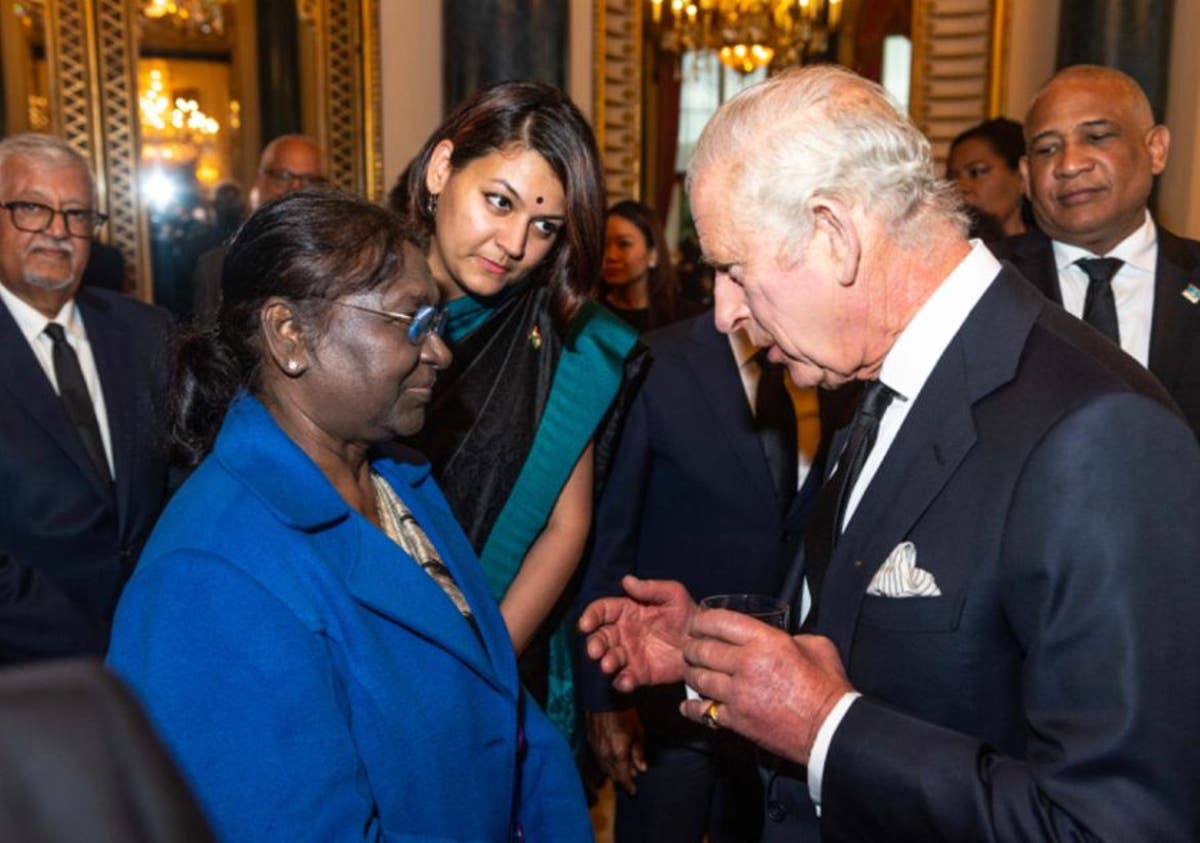 India’s president Droupadi Murmu on Sunday met King Charles at Buckingham Palace during her three-day visit to the UK to attend the funeral of Queen Elizabeth II, as prime minister Narendra Modi stayed back in New Delhi.

Ms Murmu is representing India at a series of events around the funeral that are being attended by hundreds of foreign dignitaries. The Independent previously reported that Mr Modi would not be attending as the two leaders do not typically leave the country on foreign visits at the same time.

The recently-elected president arrived late on Saturday in London to offer “condolences on behalf of the government of India”.