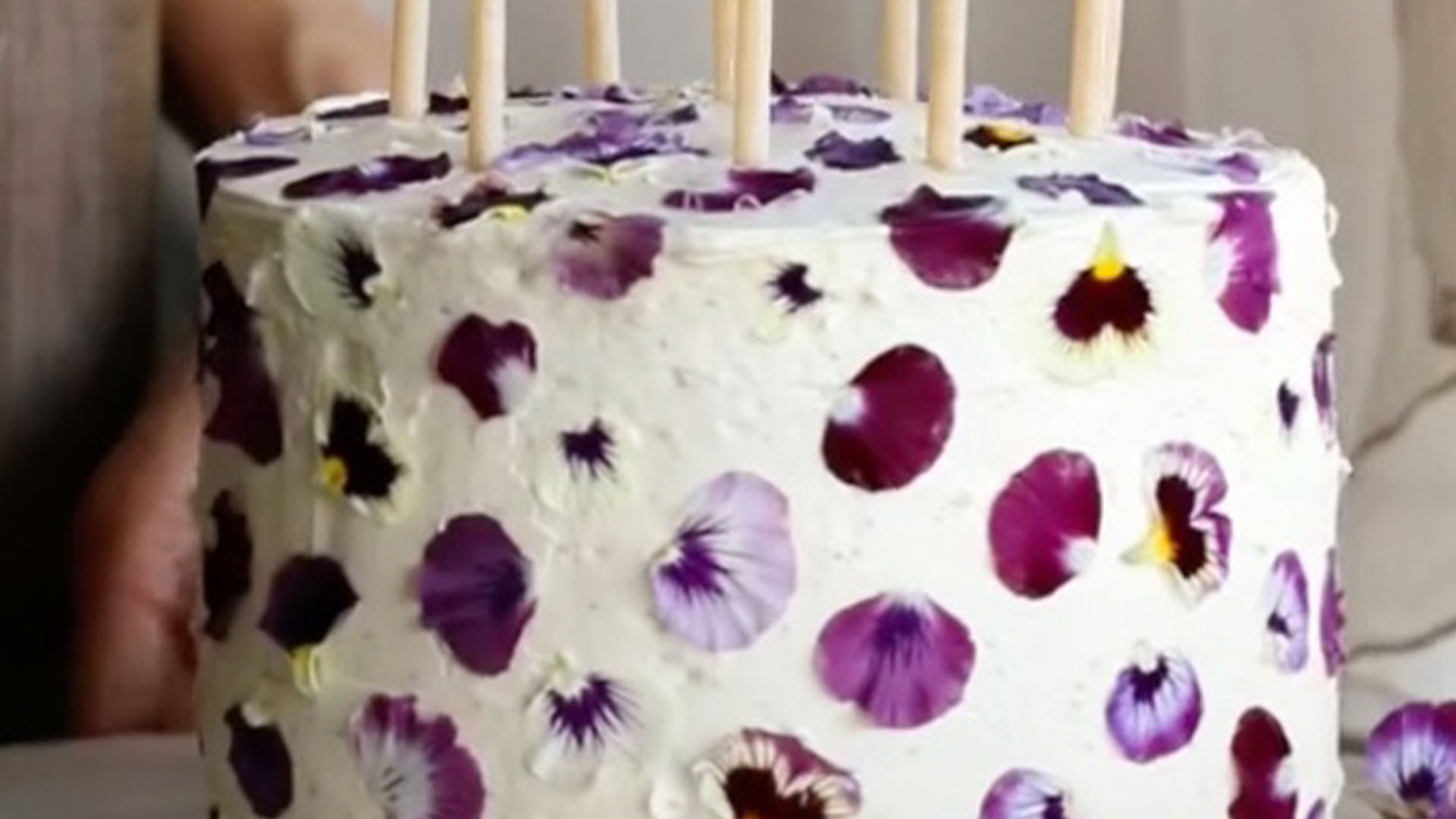 A BAKER has a stunning recipe for an earl grey tea cake that she makes look classy with simple ingredients.

Madison Bronwyn, known as @maddybronwyn on TikTok, posted the recipe for the cake with strawberry cardamom jam filling and bourbon brown buttercream.

She also decorated it with beautiful pansy petals from her garden.

The first step is simmering one cup of oat milk with a “few little grey tea bags,” on the stove.

Then add two eggs and one egg yolk to a bowl and “whisk that up.”

Mix two cups of flour into another bowl with about a cup and a half of sugar, baking powder, and a bit of sea salt, Bronwyn said.

Then add added about a teaspoon of looseleaf Earl Grey tea.

Then she says to take the Earl Grey oat milk off the stove to cool.

Next, add some butter vanilla, and the Earl Grey oat milk to the batter and mix again.

Then you’re going to want to add the eggs and a cup of hot water to loosen the batter.

Bronwyn put two cups of the batter each into three six-inch pans and baked them at 350 for 25-30 minutes.

As for the frosting, she browned the butter the night before.

“I added about half of that and half regular butter to a bowl and then about two to three cups of icing, sugar bourbon, and vanilla,” she said.

“This is where the fun started. I went outside to my garden and picked some beautiful purple pansies, they are edible so this is what I use to decorate the cake.”

She filled the layers with strawberry cardamom jam and frosted the cake with bourbon frosting.

Fans raved about the cake on TikTok’s comments, which has been viewed nearly 400.000 times.

“There’s nothing I love more than making my friends a beautiful cake on their birthday,” Bronwyn said.